Williams Formula 1 boss Jost Capito says Logan Sargeant’s American nationality was not the key to the decision to promote him to a race seat in 2023.

Capito officially confirmed in Austin on Saturday that the Williams Academy driver will replace Nicholas Latifi next season, assuming that he secures his FIA superlicence after the Abu Dhabi Formula 2 finale.

In that instance, Sargeant would become the first American F1 driver since Alexander Rossi raced for Manor in 2015.

His graduation comes after the controversy over Red Bull’s unsuccessful efforts to land a superlicence for IndyCar star Colton Herta.

Having a driver from the United States has been much coveted by F1 bosses Stefano Domenicali and Ross Brawn, particularly on the eve of a season featuring three American races.

Sargeant may also prove beneficial from a marketing standpoint to help Williams owner Dorilton find further partners in the USA, but Capito insists that the 21-year-old has been fast-tracked through the ranks on talent alone.

"It is a good for F1 to have an American driver,” said Capito. “But we didn't pick Logan in the academy because he's American, we picked him because of his success and his past in racing.

“And if we take the kids or we put into the academy, it's the objective to get them in the F1 car. If you have a young driver who is ready for F1, and you have the seat, then you have to put these young drivers into the seat, otherwise, you've done something wrong.

“And that's why we came to that conclusion that is the right thing. And that Logan is American, I think it's nice to have, but it's not the initiation of the decision.” 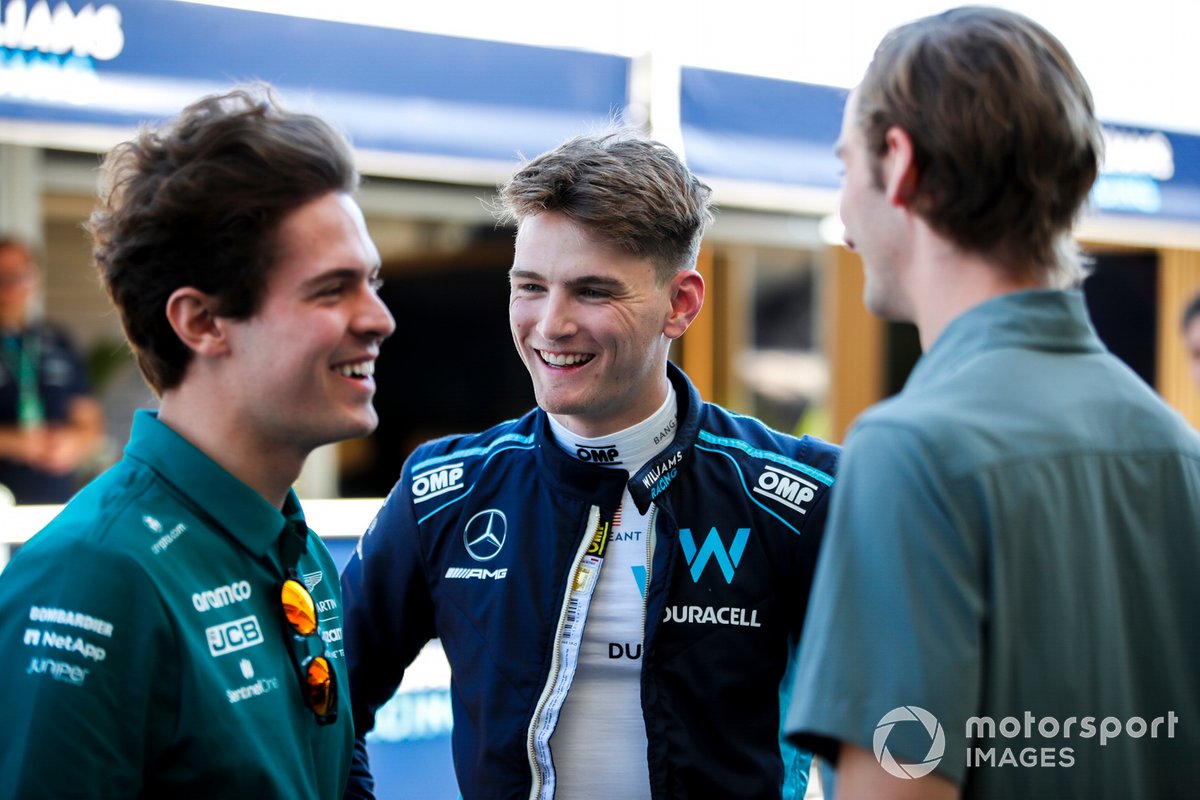 Asked about the obvious marketing benefits and the timing of the announcement he said: “Yeah, we're not stupid, are we? We had to put this out at the right time."

Capito said that Sargeant became a serious candidate for a race seat after he scored his first F2 feature race win at Silverstone.

“I think from Silverstone onwards, we said ‘Okay, Logan is ready to get in F1.’ Of course, that was so early in the season that you can't commit, because there's so many things to come, and it went up and down.

“So we had to talk to other drivers as well and sort out the options. And that helped us also then in taking the final decision, and also cover the risk if Logan for whatever reason would not get the superlicence points. We believe he will get the points.”

Asked if Sargeant had progressed faster than expected Capito said: "Oh, not really. But you never know how the development is.

"And from my history, I'm known to get young drivers in quickly. Because that's the best way to find out what the potential really is, and not parking.

“If you see that somebody is ready, like Logan this season, then we can take that decision. He wouldn't have been lost if we had decided he needs another year in F2. Then we would have done that as well.

"But we see that coming in as a rookie, winning races and showing that performance in qualifying, it's the right thing to step up."

Plus
Plus
Formula 1 35 min
Jonathan Noble