Williams CEO Jost Capito says he was pleased that his Formula 1 team was so gutted to miss out on a points-scoring finish at last weekend’s Austrian Grand Prix.

The Grove-based squad had one of its best opportunities to end a points drought that stretches back to the 2019 German Grand Prix.

But despite George Russell making it through to Q3 and starting from eighth on the grid at the Red Bull Ring, he did not quite have the pace to stay in the top ten and lost out in a fight for that final points-scoring slot after a tough fight with Fernando Alonso.

Although Russell’s 11th place brought no satisfaction to the team, Capito says that it was actually a positive because it shows that expectations within the squad are increasing.

Reflecting on how the team felt after the result, Capito said: “Let’s say it’s very disappointed. And I’m very happy that everybody is disappointed, because four weeks ago everybody would have triumphed for 11th place.

“Let’s say the 12th place in France was fantastic and now, with being disappointed with 11th, it shows the fire of the team and the enthusiasm the team has now.

“It shows that they want more, and they are not happy with the result that doesn’t deliver points. I think that’s very important for the team to push on and to even try harder.” 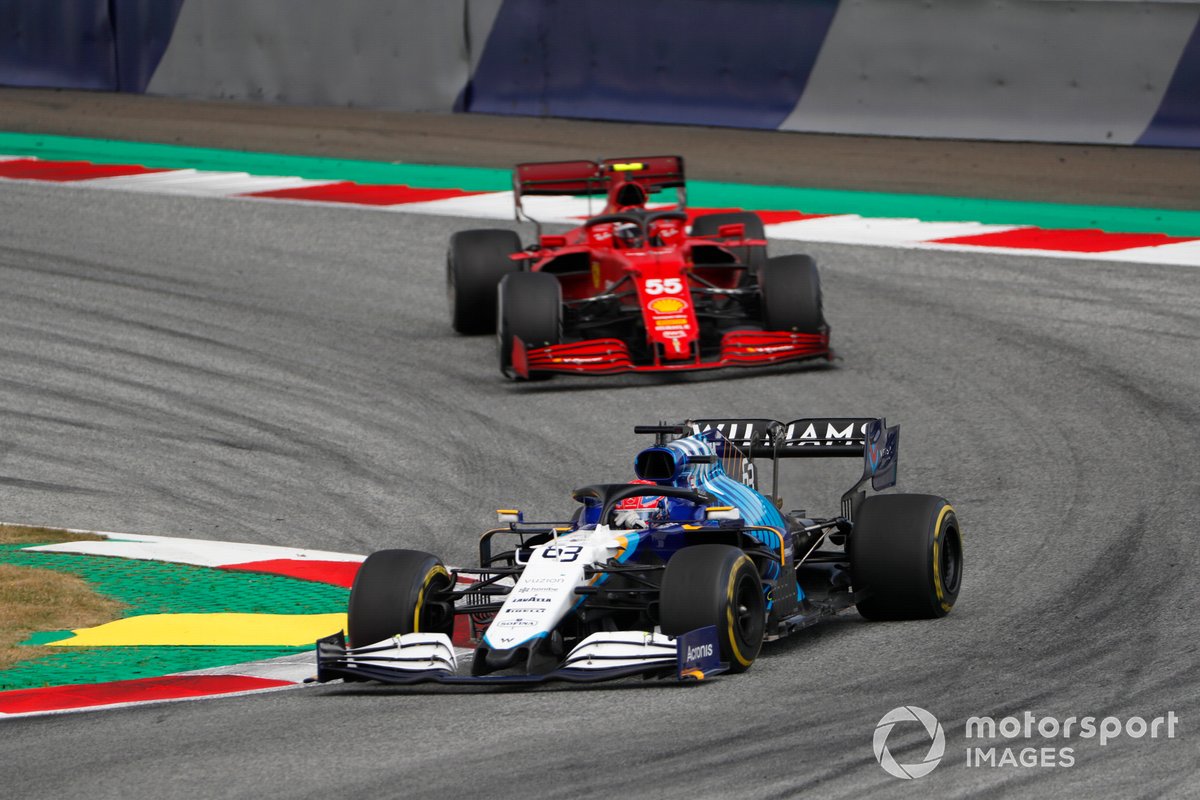 Capito says he is hugely encouraged that the Austria performance does not look like it is a one-off, with Williams have shown some good gains during the recent triple header with Russell consistently knocking on the door of points.

“I think if we would have gone and said before the triple-header what we would achieve in these three races, everybody would have said you are completely crazy, it’s never ever [going to happen]. And now we are even disappointed with this result! So I think that shows the way we are taking with the team.”

But while pleased with the recent performance, Capito is bracing himself for a much more difficult time at next week’s British Grand Prix.

For as well as different demands prompted by the track layout, the windy venue could also hamper the team’s aero sensitive car.

“It’s very dependent on the weather conditions,” he said. “I think everybody knows by now that our car is very tricky in windy conditions, and Silverstone is known that it can be very windy.

“I think if it’s very windy, we might struggle. If it’s not that windy then we might have a chance to be somewhere close to where we were in Austria.”