Valtteri Bottas led the field out at the start of Friday’s second one-hour practice session, although he immediately pitted at the end of his first lap, and remained there for the next 20 minutes as Alfa Romeo worked on his car.

That meant Bottas’ team-mate Zhou Guanyu went through to set the first place benchmark at 1m20.145s, which was quickly beaten by Sebastian Vettel and Lance Stroll – the former having been released into the path of Kevin Magnussen when leaving the Aston Martin garage at the start of the session.

This forced the Haas driver to lock his wheels as he avoided hitting Vettel in the pitlane in an incident that will be investigated now FP2 has concluded.

Esteban Ocon’s first lap on the softs brought the best time down to a 1m16.842s a few moments after the Aston pair had come through, just before Verstappen’s opening effort – the Red Bull using the mediums as did most of the field at this stage – put him quickest on a 1m15.618s.

Verstappen’s opening run lasted 10 laps, with each flier following a cooldown lap bringing him additional gains as he improved to a 1m15.096s, then 1m14.792s and finally a 1m14.532s as the opening 15 minutes ended.

The world champion then spent the next phase of the session in the pits, during which Leclerc closed to 0.298s behind in second place with a series of flying laps on a similarly long run but instead using the softs. 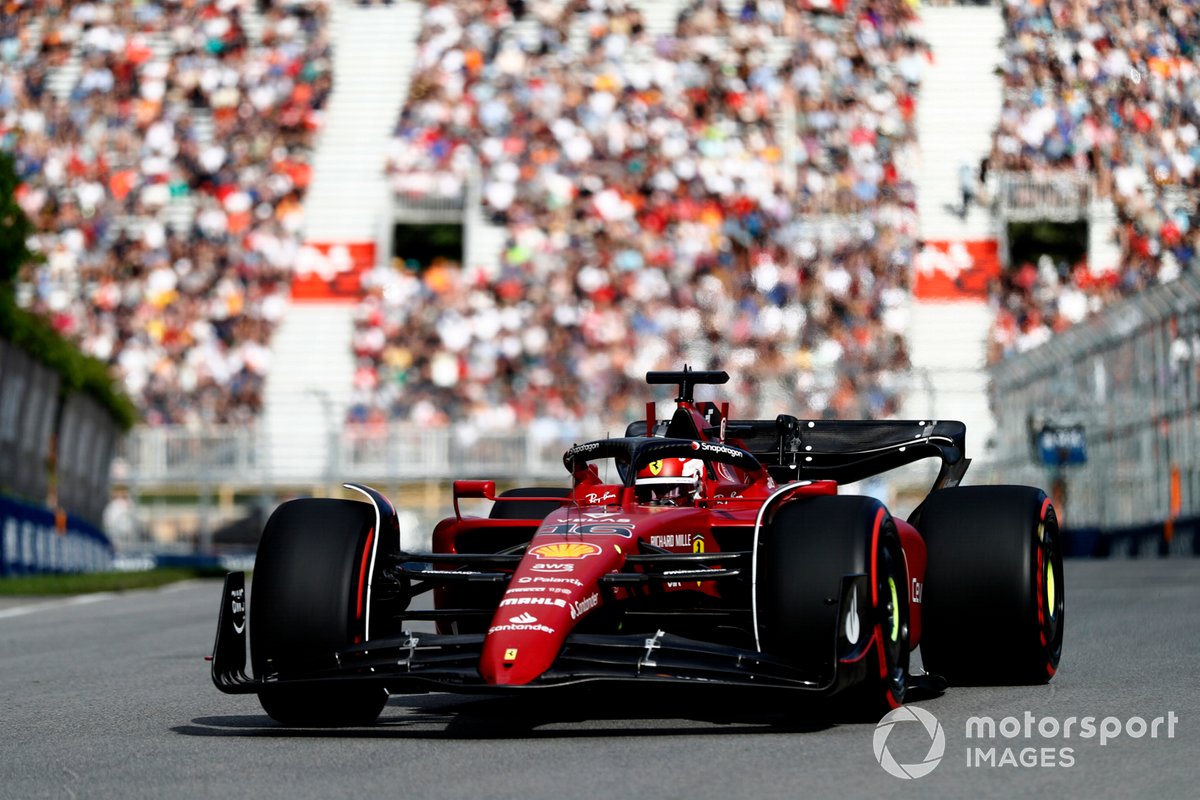 Just before the halfway mark, Verstappen headed out on the red-walled C5 rubber for the first time and duly blitzed to a new fastest time – a 1m14.127s.

In just behind the other Red Bull and on the same compound, Sergio Perez, who had had a lock-up at the hairpin and then an off-track moment in the opening turns during the early stages, put in a qualifying simulation effort that came in just over a second slower than Verstappen’s leading time.

Next up to try a qualifying simulation effort was Leclerc and he set the quickest time in the middle sector to improve the second-best time to 0.081s adrift of Verstappen.

Sainz slotted into third shortly afterwards with a 1m14.352s, while Vettel’s own flier on the softs then put him fourth – 0.315s behind the leader – with the pair noted by the race director for an incident involving driving unnecessarily slowly at the pit exit ahead of their respective qualifying simulation runs.

The pack then switched to long-run race data gathering, with heavy clouds building up around the track and threatening the action at the end of the session, although no rain fell.

That therefore locked in the rest of the top 10 as Fernando Alonso in fifth place ahead of Pierre Gasly’s AlphaTauri and George Russell, who, along with team-mate Lewis Hamilton, missed the opening chunk of FP2 as Mercedes’ work to adjust their W13s continued past the start of the session.

Russell complained of “massive hopping” through the Turn 9 fast right that leads onto the short straight running down to the hairpin during the early stages, ahead of his best time on the softs – a 1m14.971s – coming during the flurry of fastest times just past the halfway mark. 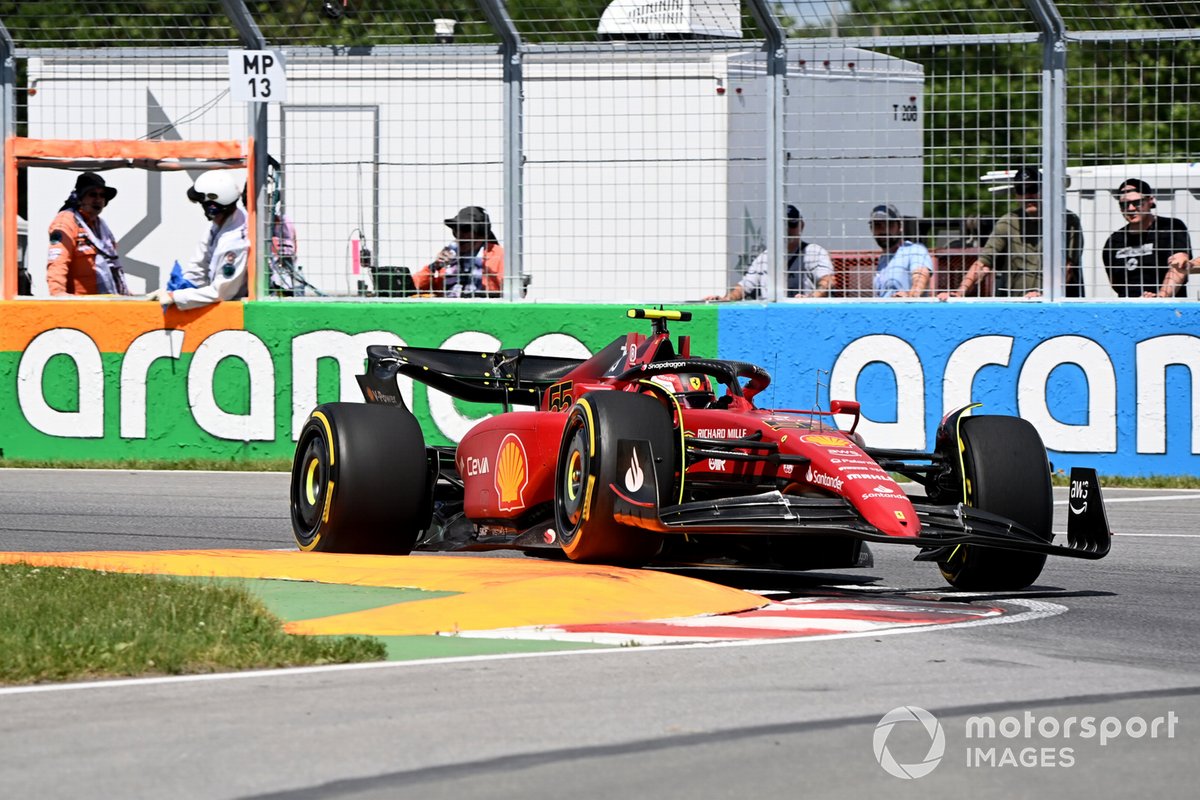 Lando Norris and Daniel Ricciardo wound up eighth and ninth, with the latter’s late-session long run featuring a near-miss with Zhou on the approach to the Turns 3/4 chicane – the Alfa driver apparently unaware the McLaren was on a hot lap.

Ocon rounded out the top 10 ahead of Perez, Stroll and Hamilton.

The seven-time world champion ended up missing the opening 15 minutes due to the long running set-up adjustments, with his best time coming in 0.45s slower than Russell’s fastest in the other Mercedes.

Hamilton described his car’s handling as “now undriveable” during the closing stages.

Bottas ultimately brought up the rear of the field with no time set and only three out/in laps completed, as both times the Finn headed out again following his initial exploratory lap, an issue with his gear changes meant he was forced to return to the Alfa garage.

FP2 was interrupted by a brief virtual safety car activation during the early stages as a marshal had to run onto the track at the exit of the hairpin to retrieve a drinks can that was being blown down the track in the blustery conditions, a feature throughout the session.