This year's Canadian Grand Prix looks set to be cancelled despite Formula 1 insisting that it is still in discussion with the promoter.

The event, scheduled for the 12-13 June weekend after the Azerbaijan GP as the second part of a flyaway double-header, has been in doubt for some time.

Turkey, which held a race at short notice in 2020 and is conveniently located on the freight route home from Azerbaijan, is waiting in reserve as a replacement.

On Thursday, Radio Canada reported that the Montreal race had been cancelled for public health reasons, noting that there are concerns over the risks associated with F1 visitors mixing with local circuit staff and volunteers.

There are also financial issues related to the possibility of the race being run behind closed doors and thus with no spectator income.

When asked about the prospects for the race an F1 spokesperson said: "We are continuing our discussions with the promoter in Canada and have no further comment."

A spokesperson for the promoter told Autosport: "What Radio Canada is referring to is a document of recommendations from public health. We as an organisation have not had confirmation from our public health officials and won't comment until we get an official confirmation." 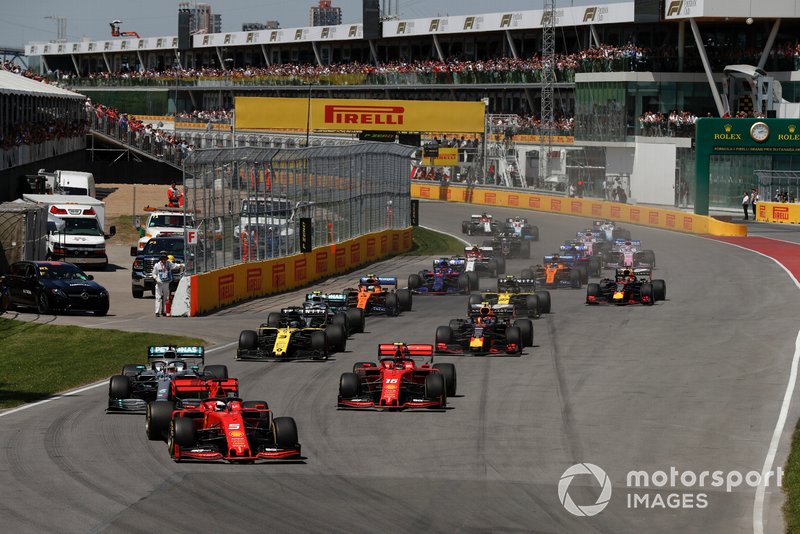 Canada faces tight COVID-19 restrictions with quarantines for people arriving in the country.

Because the track is a semi-permanent venue, work on preparing it has to start several weeks in advance, and thus a decision has to be made earlier than would be the case for other venues.

F1 boss Stefano Domenicali wrote to the Canadian government last month asking for quarantine exemptions while explaining the measures that F1 has taken for other races, and which could potentially be applied for Montreal.

One plan was to hold the event behind closed doors with tight bubble restrictions for teams and other personnel from overseas. Last year's Abu Dhabi GP, where the entire paddock traveled from Bahrain on charter flights and stayed in reserved hotels, was cited as an example.

However, repeating that exercise in full, which would have involved Montreal hotel staff and circuit volunteers in quarantine ahead of the race weekend, is not considered as practical.

Earlier this week Quebec director of public health of Dr Horacio Arruda suggested that all options were under discussion.

"As for holding the event behind closed doors, there is a way to do it with well advised protocols in terms of public health," he said.

"As for the virus importation by people who come from outside without quarantine, there are ongoing discussions between Quebec and Canada. There are analyses and assessments that will be done on the risks."