The reigning world champion set the pace before rain fell midway through the session and then crashed into a tyre wall at the hairpin when he aquaplaned.

It compounded a scrappy day for the Briton, who also spun in first practice and hit the kerbs heavily at the final chicane.

Although Mercedes admitted the track had become too wet for the intermediates it had sent its drivers out on, Hamilton said the crash was ultimately his own fault.

"The wet one was my mistake. It was very slippery and I wasn't driving particularly fast.

"Then I came to Turn 10 and it was just ice, I was going too fast and I was a passenger.

"It is not the best of scenarios but you have to laugh it off and take the positives into tomorrow.

"It's still been a good day. The car is feeling good out there, really good and I feel good this weekend."

The impact broke the front wing with minor damage was caused to the rear wing when the car swung back into the recovery tractor as marshals removed it from the tyre wall..

Mercedes executive technical director Paddy Lowe said: "We were worried watching that. I think there is some minor damage to rear end which came from the crane handling but nothing serious."

DRIVERS WENT OUT TO PRACTICE STARTS

Asked about why Mercedes decided to go back out in the wet, Lowe replied: "We went out to do some practice race starts, which is a normal part of the P2 programme.

"The conditions meant there was only a short window in the dry so we chose to do it before it became very wet.

"Unfortunately conditions worsened quicker than we anticipated and caught Lewis out in an unfortunate manner but we'll get it sorted for tomorrow."

Hamilton said his earlier spin in the dry practice one had been a technical issue.

"The spin, I was going into the corner normally and then the ECU locked the rear wheels, they separated and then they locked," he explained.

"I couldn't catch it but that is an issue that we have fixed. So that wasn't really my fault.

"Then the one I braked too late, I went over the kerb but I'm pushing and having fun!" 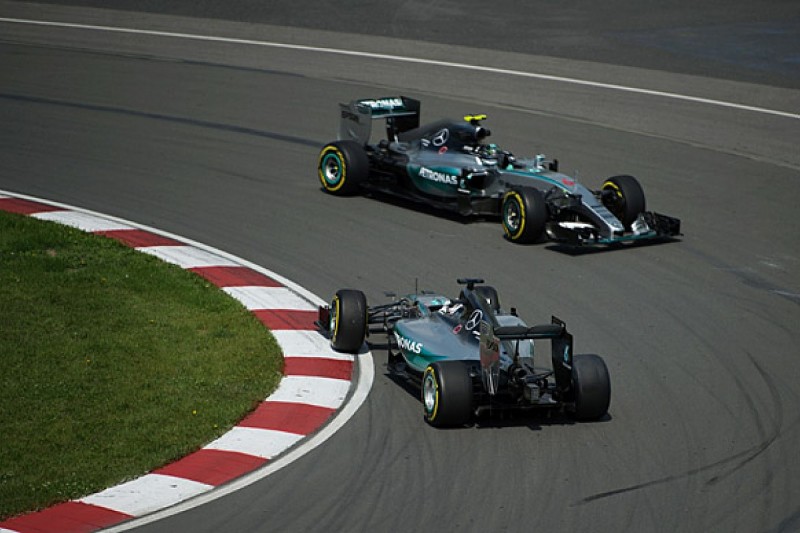