The McLaren-Honda Formula 1 team proved surprisingly slow on Friday and could struggle in the Singapore Grand Prix, reckons Jenson Button

The squad finished the opening day ninth and 12th with Fernando Alonso and Button, but with Button in particular pessimistic about its competitiveness.

"We've struggled this weekend so far, strangely, but it just feels like very low grip.

"The balance isn't too bad, it's just really low grip compared to the people we thought we'd be racing.

"Cars like the Toro Rosso on long-run pace are just phenomenally quick compared to us. It's a big surprise.

"It's a big pace gain and it's going to be tricky." 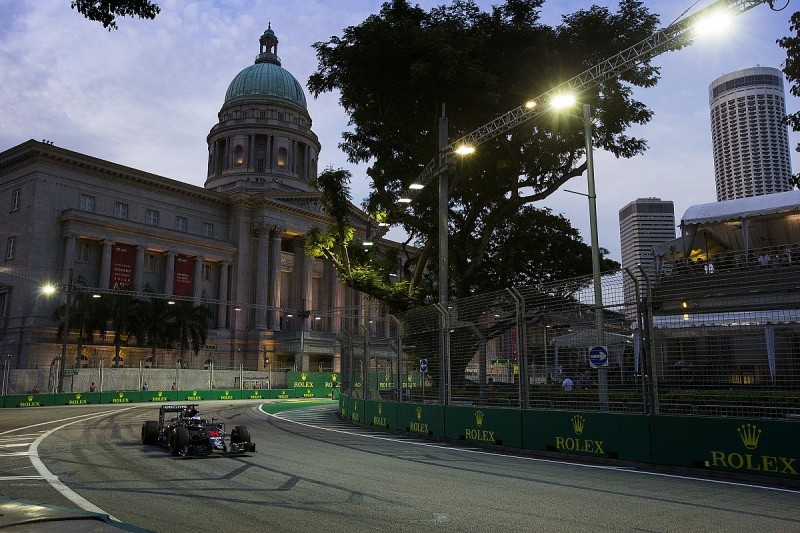 Alonso agreed with Button's assessment of the car's handling, saying "the overall grip is the biggest problem - it's not understeer or oversteer, it's poor grip", but was less surprised.

"The expectations [from outside the team] were quite high coming here. Not in my case," he said.

"There are better circuits than Singapore for us. I think Suzuka, Austin, Abu Dhabi are much better [for McLaren] than Singapore.

"We will fight for Q3 I think. But Force India look strong, Toro Rosso look strong."

Button's day had begun badly when a fuel system fault caused him to grind to a halt on his first lap, although marshals were allowed to push the car into the pits as it was close enough to the entry and in a dangerous position.

"Luckily enough they had to push the car to the pitlane," he said.

"That saved us from the embarrassment of not running in P1."