The issue returned to the spotlight after Sergio Perez’s Monaco Q3 accident became a topic of conversation in the wake of Max Verstappen’s refusal to cede a place to his team-mate in the Brazilian Grand Prix after being instructed to do so by Red Bull.

Sainz, whose Ferrari was damaged when he hit the Red Bull of Perez in Monaco, said on Thursday that drivers are keen to see penalties for those who ruin the last runs of rivals by bringing sessions to a premature close.

Brown brought the subject up in the meeting of the F1 Commission in Abu Dhabi, who agreed that it should be discussed in the FIA’s Sporting Advisory Committee, the body that helps to frame the regulations.

“I think what Carlos said, I think it should be red flags or yellow flags, for effectively impeding a driver from completing their lap,” he said when asked about the matter by Motorsport.com.

“They do that in other forms of motorsports, the penalties, you just lose your fastest lap from that session, and all the drivers tend to do one lap runs so that would penalise the driver if it was intentional or unintentional. Because you've messed up someone else's laps.

“I think that's an easy solution, it can be implemented right away. You cause a driver to have to back out, you lose your lap, you get to go again and maybe you won't have a chance.

"Maybe you will or you have to use another set of tyres. I think that's the easiest way to solve it.” 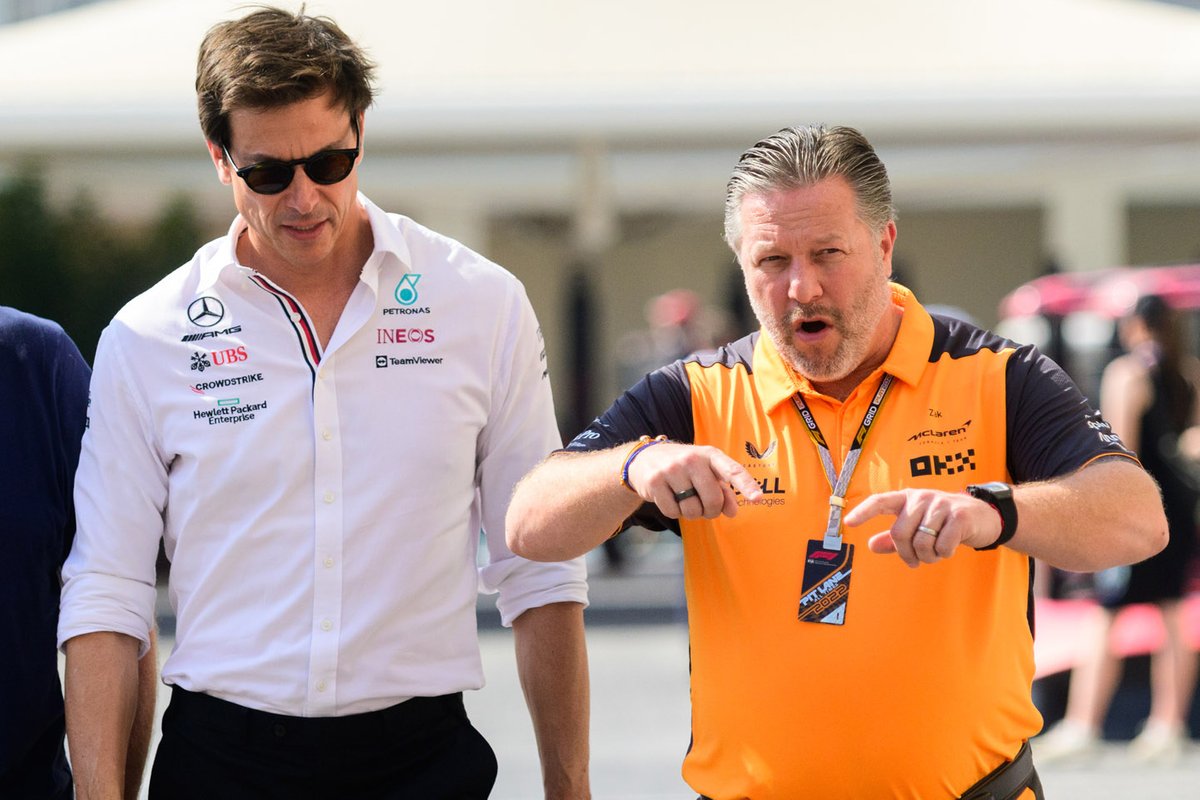 Other team principals agreed that the subject was worthy of consideration.

“I agree with Zak also that this is a good idea,” said Mercedes boss Toto Wolff.

“I think it exists in Formula E, if I'm not mistaken, that your quickest lap is deleted. So that's something that we can implement.”

However Aston Martin’s Mike Krack suggested that it would be hard to police, adding: “I do not have a black and white opinion on this.

“I think we need to really look case-by-case, going to sporting advisory and maybe have a look at the last 10 years where we had situations, because it's quite quick to pre-condemn someone, when it was not good.

"I think it would be easy to say yeah, it has to be like that, but I think it will be a tough call to do it.”