The reigning world champion had a difficult first day at his home grand prix, spinning at Stowe and going off track at Brooklands, while struggling to match the pace of team-mate Nico Rosberg.

But Hamilton bounced back after Mercedes made several changes to his car overnight, enabling him to beat Rosberg to take pole position for Sunday's race.

"Yesterday I was really lost with the balance of the car," said Hamilton. "It was oversteering a lot in the high-speed corners.

"We made changes that would normally improve it but it actually make it worse.

"Afterwards I couldn't tell you what I would do to make the car right, which is very rare.

"The team did some analysis and they found some problems with a few settings on the car, so they rectified it last night and the car was night-and-day different."

Mercedes motorsport boss Toto Wolff said the problems related to the ride-height on the car, and Hamilton made several set-up changes as well.

"FP2 was a waste of a session for me because the car wasn't right settings-wise," said Hamilton.

"I couldn't put the car where I wanted it, so I had to back off, so my long run was a second off Nico's.

"Last night we made a change to the suspension to give us some more low-speed front end, and then I put more wing in to give me more balance in the high speed corners.

"We made quite a few changes, plus on top of that some technical things that weren't set properly."

Hamilton said overcoming those difficulties on Friday made his pole position even more rewarding.

"It takes a step out of your stride and you have to recover," he said of the problems.

"But if it was easy and you were always P1 it wouldn't be as exciting.

"I like being faced with these things and trying to rectify them and improve.

"It makes today even more satisfying when it's not perfect all the time and you pull out that good lap." 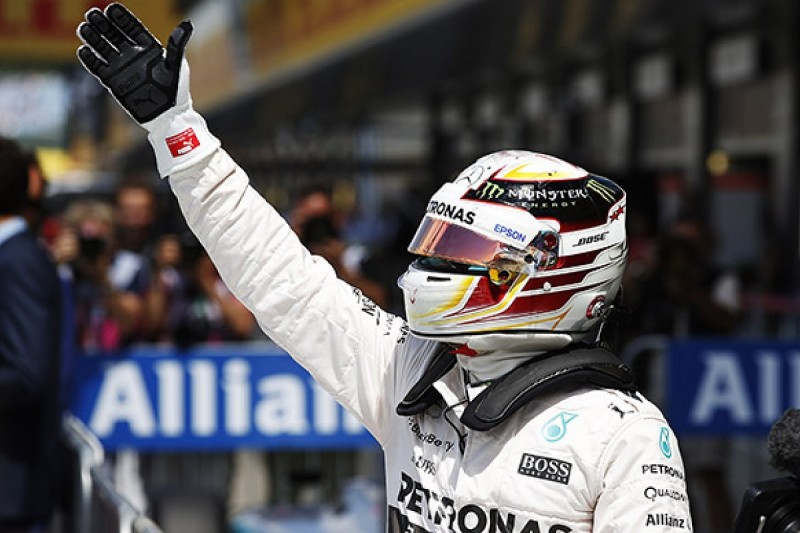