Silverstone boss Stuart Pringle says the full-capacity 2021 Formula 1 British Grand Prix is “designed to feel like 2019 and before” as part of the UK government’s COVID-19 lockdown-exit research.

After the 2020 British GP and the following 70th Anniversary GP were held behind closed doors when large-scale public events could not be held during the initial phases of the coronavirus pandemic, this weekend’s race is expected to be a sell-out, with up to 140,000 fans attending on race day alone.

Mercedes driver Lewis Hamilton – a seven-time British GP race winner and the most recent victor in the event, with Red Bull’s Max Verstappen triumphing in the sole 70th Anniversary race – said last month when the news was announced that fans would be allowed back to Silverstone for F1’s 2021 return that he felt the decision was “premature”.

But Pringle told Autosport that the event “will feel normal” because “restrictions are disapplied” as the British GP has been granted a place on the UK government’s Event Research Programme – a gradually expanding series of test events aimed at studying their impact on spreading COVID before remaining social restrictions are lifted in England the day after the Silverstone race.

Attendees at ERP events are required to present a negative COVID-19 test result or evidence of full vaccination status in some cases.

“What the government is seeking to do is to have a weapon in its armoury that it can deploy later in the year - particularly in the winter, when one might expect a resurgence of a virus - in order to keep sports events running.

“The base point is that this is designed to feel like 2019 and before.”

PLUS: The political manoeuvring behind F1's return to British GP normality 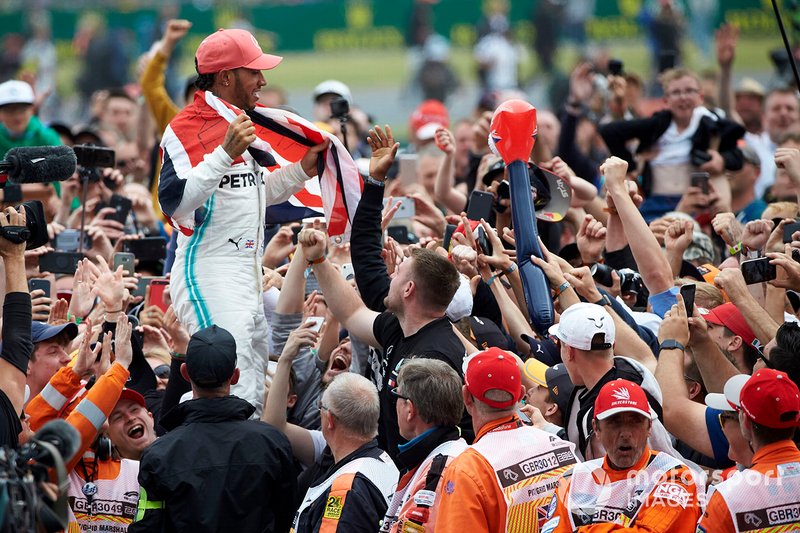 When asked about Hamilton’s comment at the Styrian GP, Pringle said he understood the world champion’s concern, but stressed: “This is only happening because the government believes it is appropriate for it to take place.

He added: “So, this is not something that is Silverstone's decision alone.

“In fact, on the contrary, this is very much part of the government's strategy to understand events.

“And I suspect Lewis is probably not familiar with the graduated programme of Events Research that has been taking place in this country over the last few months.

“So, I understand why he might be concerned, and that's very typical of Lewis - he's always very thoughtful of his fans and there are many, many examples of how he, particularly here at Silverstone, goes out of his way to engage with them and be available and accessible to them.

“So, that sort of comment is entirely in keeping with his fan-centric nature. But I don't think there's anything he should worry about.”