Although Hamilton set the pace by 0.519s over Rosberg at Interlagos on Friday morning, the positions were reversed in the afternoon, when the German went quickest by 0.458s.

"The gap to Lewis is definitely not the real picture because he got his engine settings wrong and there's big laptime in that," said Rosberg.

"But still it's a decent start and I'm pleased with the direction I've got."

Hamilton said his mistake had been to carry his practice one set-up into the second session.

"I didn't change anything in the car for the second free practice, so I didn't follow the evolution of the track," he said.

"These set-up changes take a long time and I was kind of stuck with a choice that I'd made in FP1 that probably wasn't the right one.

"I think it's going to be close, that's for sure. Nico's driving really well."

Ferrari's Sebastian Vettel was within a tenth of a second of Rosberg in practice one, but fell away in second practice, when he was half a second behind Hamilton's second place and 0.9s down on Rosberg, who felt Mercedes was potentially clear out front.

"There's always a threat from Ferrari and we're keeping a close eye on them, but in general today was a good day for us on single lap pace and overall," said Rosberg.

Vettel reckoned some of the deficit was due to his best lap coming when the drizzle that affected the afternoon was heavier. 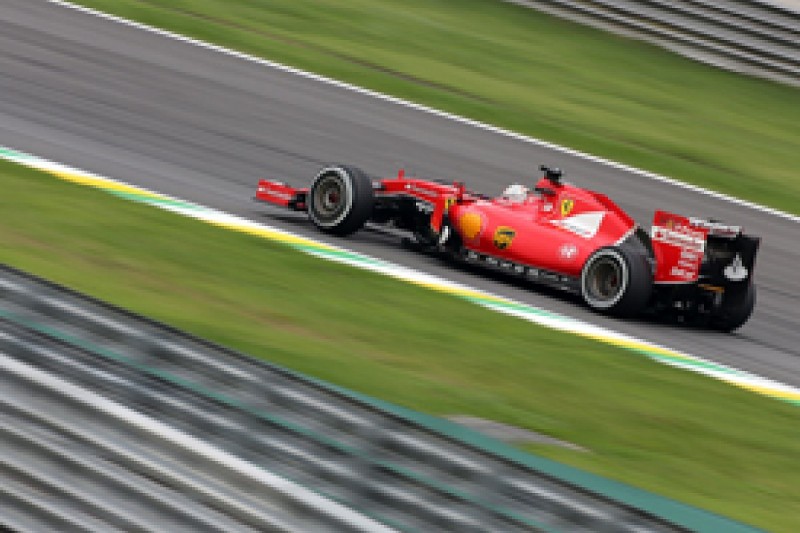 "It is a second too much," he admitted of the gap.

"We didn't get the best timing for our run. It was tricky for everyone, a couple of drops of rain, but overall, I think it was a difficult day.

"We can still improve. I'm looking forward to doing the analysis now and hopefully tomorrow we can do a step forward."

His team-mate Kimi Raikkonen had a spin in the morning and was fifth quickest, then took fourth later on.

"In the morning, I had to do some aero testing in the first half an hour," he said.

"Then we had one run, then we had a small issue with the set-up and then I spun off.

"In the afternoon, there were always a lot of things happening when we went out.

"We got some laps done but it was quite messy in all the ways.