Gasly completed 37-laps on the hypersofts, which helped him secure a seventh place finish.

Lewis Hamilton dumped his hypersofts as early as lap 12 of the 78-tour race, while Bottas waited until lap 17.

"It was impressive how long [a] stint they could do with the hyper, so for sure they were doing something better than us with that tyre," Bottas said.

"I think the weakness for us this weekend was the long run performance with the hyper and general lack of pace with the car."

Although he kept the hypersofts alive for nearly half the race, Gasly explained that the situation was unexpected.

"Actually we did a much longer stint than what we had planned," he said.

"We didn't expect that we would be able to keep the tyres alive that long.

"It wasn't the plan at all and it's something that we decided during the race. It was quite unbelievable how many laps we did with the hypersoft in the first stint.

"Before the race I wasn't confident at all with the tyres because the degradation was massive.

"So I tried to take really good care of the tyres at the beginning and when everyone pitted I started to push and we were just faster than all the guys who pitted to put the supersoft and ultrasoft on." 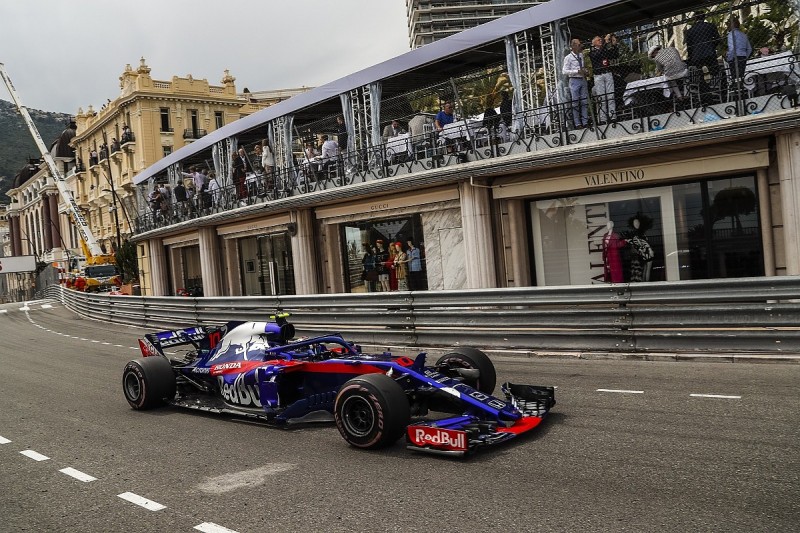 Mercedes had tried to avoid using the hypersoft in the race by running both cars on the ultrasofts in Q2.

But after the tactic didn't guarantee Q3 spots, Bottas and Hamilton had to use hypersofts, which meant joining the rest of the top 10 qualifiers in using them at the start of the race.

Bottas admitted Mercedes needs to get on top of the issues for Canada, where the hypersoft will be used again, but felt the car was a significant factor in it not clinching pole or the win.

"It is a nice tyre for qualifying but for the race it is very difficult to keep it alive and avoid the big degradation and graining," Bottas said.

"We will analyse everything we can from this weekend because I think other teams could operate the hyper better than us in the long runs, and that is something for us to learn for Montreal, if we cannot qualify with any other tyre in Q2.

"Honestly [the supersoft] was a surprise for us in the race. On Thursday, it didn't look anything that special, it looked okay. [But] it was definitely the best tyre to be on.

"I think it is just the hyper, how quick it degraded that was the issue for us.

"I think the pace this weekend, back in qualifying [and] why we were not fighting for pole, it is not the tyres, it is more the car and how it is. It is just not quick around this track."