Mercedes Formula 1 driver Valtteri Bottas has admitted he was confused about his "weird" lack of pace in the Azerbaijan GP.

After troubled practice sessions in Baku his team-mate Lewis Hamilton found extra speed for both qualifying and the race, but Bottas was never able to recover.

He qualified only 10th having contributed to second place for Hamilton by giving him a tow.

Although he maintained 10th early on he faded to 14th at the red flag, claiming 12th by the finish after Hamilton went off at the restart and Williams driver Nicholas Latifi was penalised.

The difficult Baku race came immediately after a disastrous outing for Bottas in Monaco, where an issue with a stuck wheel forced him to retire in the pits. 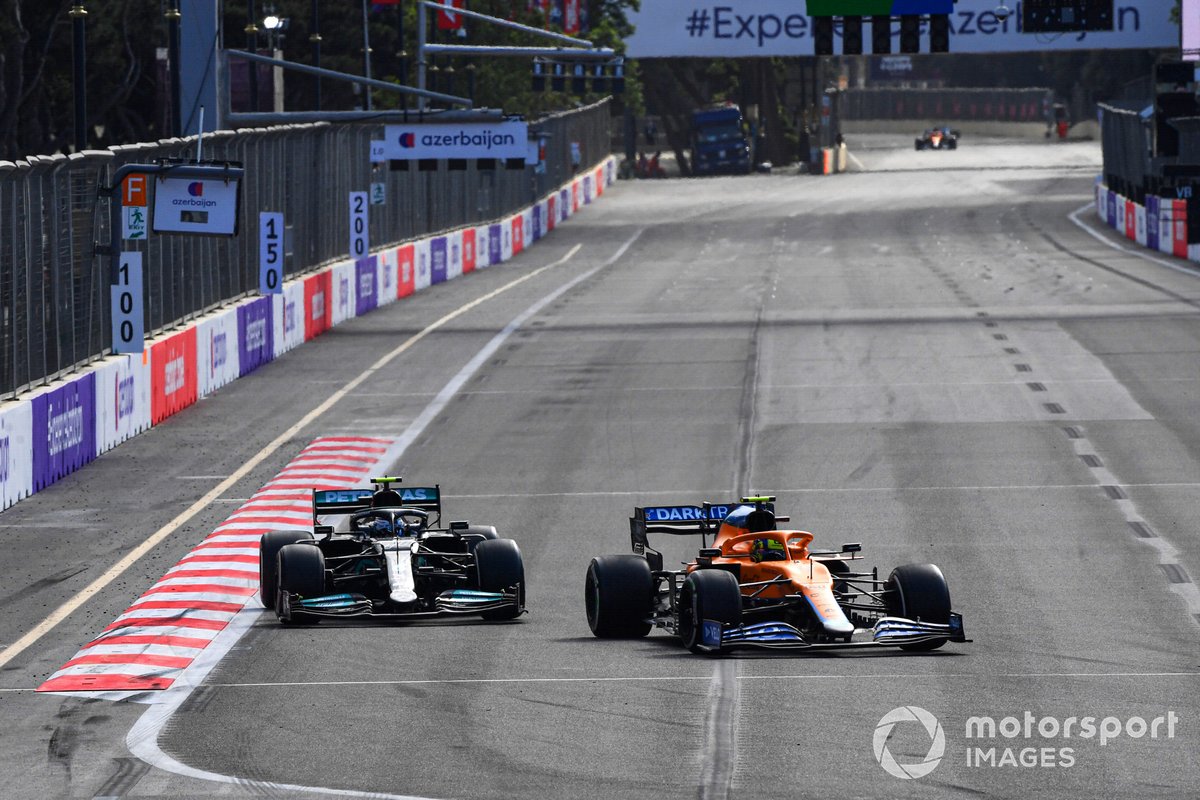 “It was actually quite similar feeling to yesterday and also Friday,” he said when asked by Autosport about the cause of his disappointing race. “Really the main issue was lack of pace and just not being quick enough.

“Today quite early on in the race I could see that I just didn’t match the cars ahead, especially when one of the Aston Martins was ahead of me, I just couldn’t keep up. I’m confused, and it’s really weird.”

Hamilton opted for a lower downforce rear wing for qualifying and the race, but Bottas said it was too early to say if that made the difference.

“I think it’s something we need to review, but we know it’s not going to be much. It’s going to be maximum one-tenth, so I don’t think that’s they key thing.

“We started the weekend with the same wing, and still I’ve been all the time behind Lewis by quite a big margin.”

Bottas admitted that Baku was one of the most difficult events that he has experienced.

“I can’t remember this kind of weekend," he explained.

"There’s been weekends that I’ve had bad sessions, but always at point I’ve had the pace. But this weekend it’s been all the time there, and during the weekend I haven’t understood what is wrong.

“I know myself when there’s the limit and I can’t go faster, and then you’re still six, seven, eight-tenths behind. It’s not normal. So it’s something we need to understand before going to France.

“We might find something in the car, but if not, then the only thing, it must be the tyres. But we’re running the same tyre pressures and same temperatures. So I’m keen to find out, but at the moment I don’t know.”

Bottas hopes that the Baku race will just be a blip before F1 returns to a more traditional venue in Paul Ricard.

“I think one big issue we’ve struggled with here is tyre warm-up, especially on the front axle. So that should be a bit easier in the next race at least and then we’ll see. But I think lots to learn from this weekend, but also lots to forget.”