Valtteri Bottas will face a grid penalty for the Formula 1 United States Grand Prix after Mercedes opted to take a fresh engine ahead of Friday's running in Austin.

After serving grid drops for a new power unit in both Italy and Russia, Bottas will take a third penalty in four races after it was revealed on Friday ahead of first practice at the Circuit of The Americas.

Bottas joins fellow Mercedes-powered drivers George Russell and Sebastian Vettel in taking a new engine penalty for the weekend, but he will only serve a five-place grid penalty.

The FIA regulations state that a 10-place grid drop is issued for the first breach of the season allocation of three engines, with five-place drops for each subsequent breach.

Bottas took his fourth ICE at Monza and his fifth at Sochi, the latter being part of a back-of-grid penalty for taking a complete new power unit. As he is only taking a fresh ICE in Austin, his grid penalty will be five places.

Bottas had been targeting a second straight victory in Austin after winning the most recent United States Grand Prix in 2019, but will now have to fight back from the five-place drop.

It comes as Mercedes continues to grapple with an issue on its engines that team boss Toto Wolff talked about over the Turkish Grand Prix weekend. 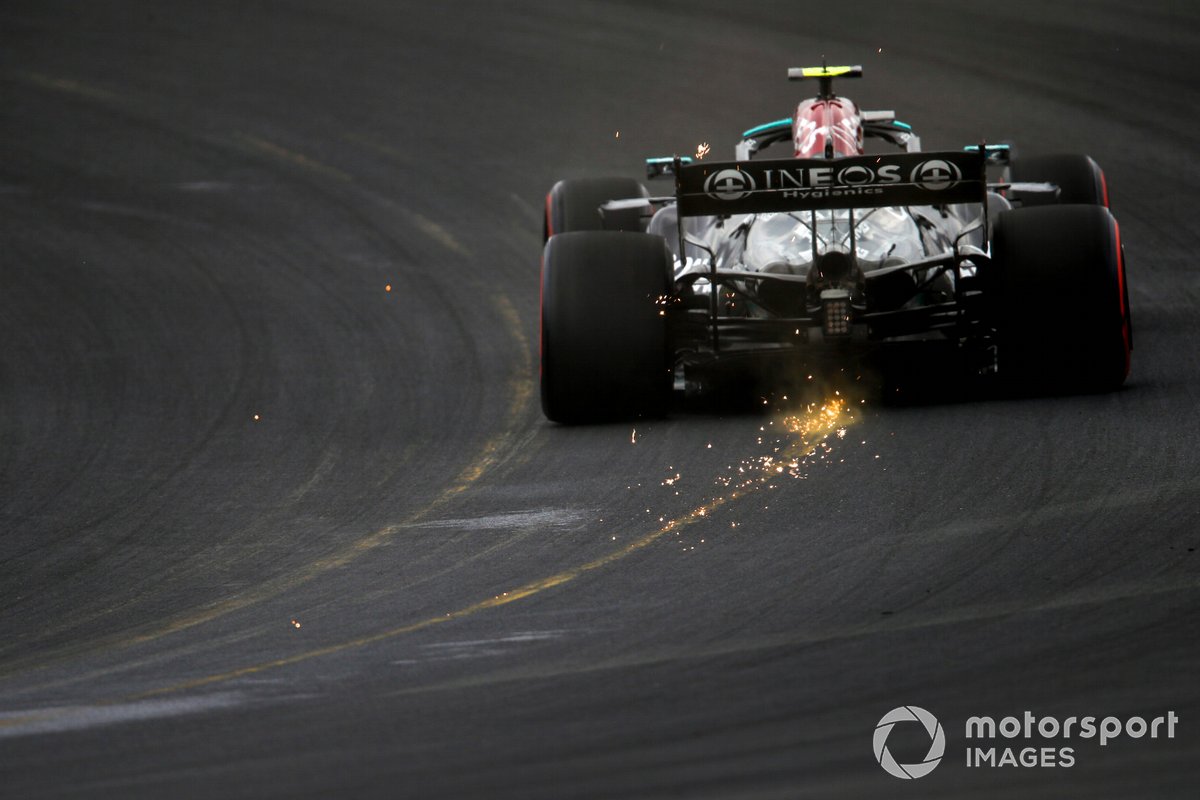 "Because these boundaries are being pushed, we have seen examples of, let's say, unusual noises, within the combustion engine that aren't completely understood at that stage yet, and therefore caused some trouble in the past," Wolff said in Turkey.

"We had engines that basically failed, and now it's about containing the problem, because in that phase, redesigning parts is not something you would tackle."

Bottas's teammate, Lewis Hamilton, also took a fresh engine in Turkey that resulted in a 10-place grid penalty, dropping him to 11th on the grid.

The pre-FP1 bulletin from the FIA confirmed that both Vettel and Russell are also taking a fresh turbocharger and MGU-H on their power units, resigning the drivers to a back-of-grid start.

It means whichever driver qualifies higher on Saturday will get the higher starting position on the grid for Sunday, barring any further penalties.