Valtteri Bottas is set to start Sunday’s Formula 1 Italian Grand Prix from the back of the grid after taking a number of new power unit elements.

Mercedes F1 boss Toto Wolff said earlier on Friday that all teams were “struggling” with their power unit allocation for the season, and that the team had “thoughts” of taking a penalty at Monza to add to its pool for the remainder of the year.

During qualifying on Friday evening, the FIA issued a bulletin confirming that Mercedes had taken a number of new power unit elements on Bottas’s car.

By taking a fresh engine, turbocharger, MGU-H and MGU-K, Bottas is set for a back of the grid start at Monza.

This will be applied to Sunday’s main race and not Saturday’s sprint race, where Bottas will start from wherever he finishes in Friday’s qualifying session.

The move will serve as a boost to the pool of power unit elements on Bottas’s car for the remainder of the year, meaning no further penalties should be taken this season. 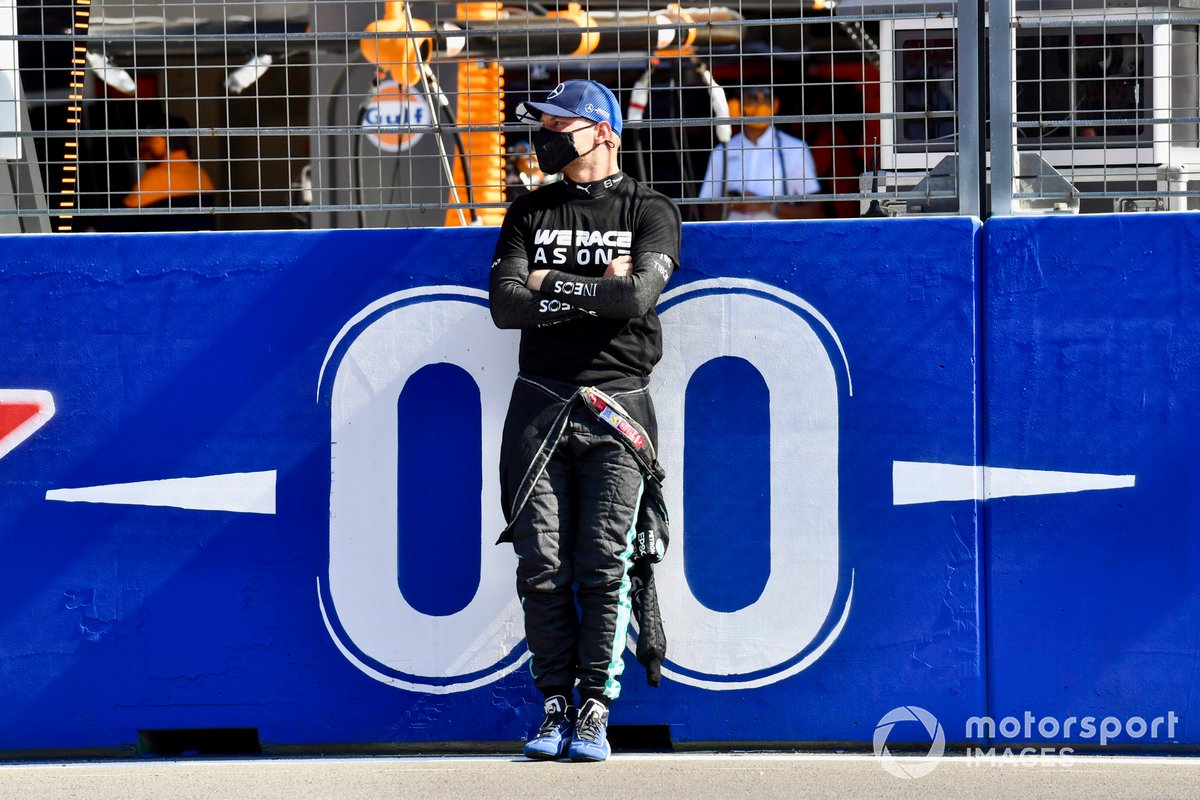 Team-mate Lewis Hamilton may also require a grid drop at some point this year, as Wolff was wary of the impact a possible DNF may have if they tried completing the season on the existing pool.

“We believe that between P1 and P2, with the fastest lap, that if you have one DNF it needs the other guy four races to catch up,” Wolff said on Sky Sports.

“And that's brutal. So you can afford to finish four times in second [place]. Therefore, you just need to really play it safe while not giving up performance.”

Monza has been a popular track for teams to take engine penalties in previous years due to the overtaking opportunities at the end of the long straights.

Red Bull finds itself in a similar position to Mercedes with Max Verstappen’s car after he lost one of his remaining engines to crash damage sustained at Silverstone.

But Verstappen said on Thursday there was currently no plan for him to take a grid drop at Monza.

“We haven’t really decided yet where to take it,” Verstappen said.

“I guess this engine is still very new, so we’ll see. It’s definitely not the plan to take it here.”