Bottas ready to be "best version of myself" with Alfa Romeo

Valtteri Bottas feels he can “be the best version of myself” in Formula 1 with Alfa Romeo as he prepares for his maiden season with the team in 2022.

Bottas joined Alfa Romeo for this year following a five-season stint at Mercedes, where he scored 10 race wins and helped the team win the constructors’ championship every year.

Mercedes opted to promote junior driver George Russell into the seat alongside Lewis Hamilton for 2022, leaving Bottas to agree on a multi-year deal with Alfa Romeo.

Alfa Romeo team boss Frederic Vasseur told Autosport last year he thought the move could aid Bottas’s development as he would no longer be “in the shadow” of Hamilton.

Bottas got his first chance to sample Alfa Romeo’s new C42 car in testing last week, and explained after the running he felt there was “so much to do to get better and so much more to give this sport.”

“As a driver, I think you never stop learning as long as you want to,” Bottas said.

“So of course I’m always looking at areas I can be better. It truly feels like now I can just be the best version of myself, instead of trying to be something else and trying too hard.” 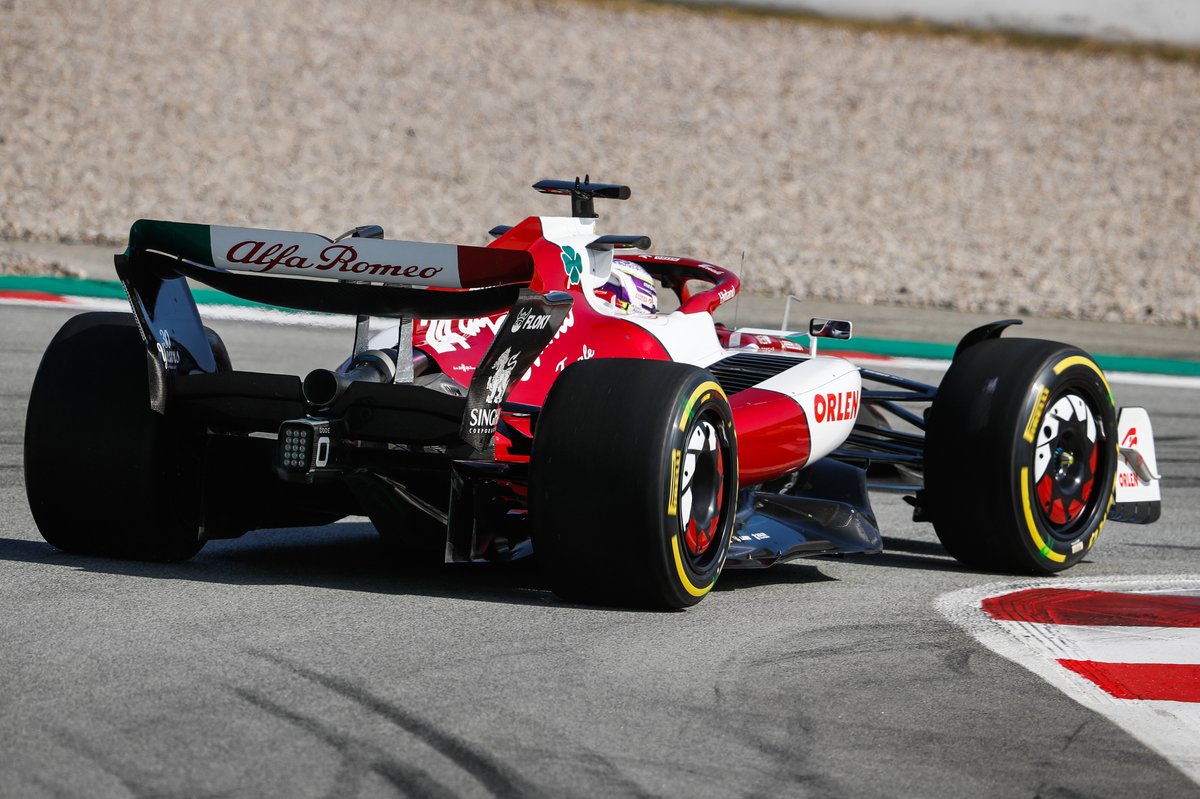 Bottas has been joined at Alfa Romeo for the new season by Formula 2 graduate Guanyu Zhou, who will make his F1 race debut in Bahrain.

Despite having close to a decade of experience in F1, Bottas said he did not see himself as being the only leader at Alfa Romeo this year.

“We’re in this together, that is the feeling,” Bottas said. “Of course I can guide the way they go, if I feel like I have experiences from the past. In the end, we’re in this together with Guanyu and Robert [Kubica, reserve driver] and the whole team.

“For now, it’s been a nice atmosphere, and I’m more than happy to be here, and I want to thank the team for this opportunity.”

Bottas completed the fewest laps of any full-time F1 driver during the three-day test in Barcelona as reliability issues hampered Alfa Romeo’s running, with the Finn acknowledging there was “work to do” ahead of the new season.

The next opportunity to complete mileage in the Alfa Romeo C42 car will come during the second pre-season test, which takes place in Bahrain from 10-12 March ahead of the season-opening Bahrain Grand Prix on 20 March.

Krack: Aston Martin must convince Vettel of its potential for new F1 deal