The Finn scored the third victory of his first season with Mercedes in the 2017 season finale in Abu Dhabi, having started from pole for the second successive race.

After a strong first half of the season he had a tough spell after the summer break until he was able to turn things around near the end.

"Next year the target is to win more," he said. "Now with the points system we have, you need to win races if you want the title, that's how it goes.

"You need consistency, and the main thing for me was the inconsistency through the season.

"He was on it all the time, and that's what I need to target next year."

Bottas said he aimed for the championship in his first year with the team, despite never being in title contention before in his stint with Williams.

"I always set my targets very high," he added. "I knew this year could be the opportunity for me to win the title.

"Joining this team, that has dominated the last three years, I knew it could be possible for me.

"Of course I wanted to win the title, that is my target, and I've failed on that, but I got still a lot.

"I got three wins, four poles, but the most important thing is the amount of things I have learned with this team, also at the factory, and with Lewis.

"I've learned so much that I'm sure it's going to help me a lot in the future. That's why I'm looking forward to next year." 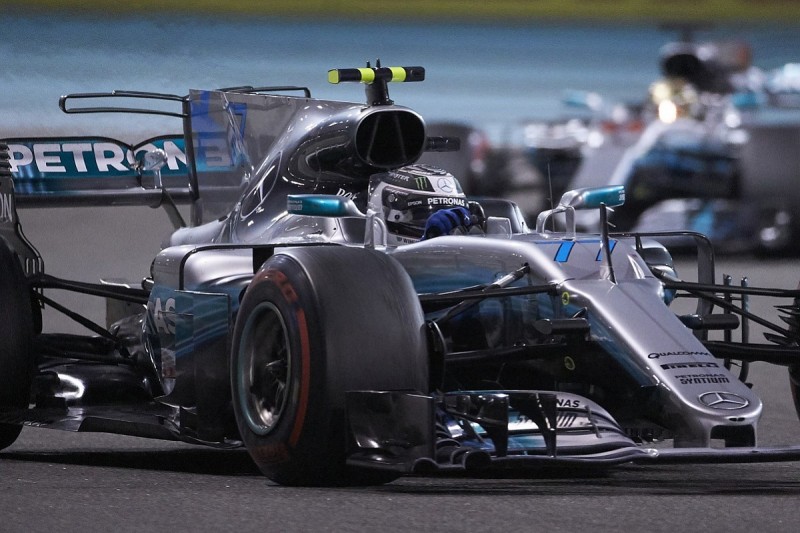 Bottas says winning the final race of the season was a timely confidence boost.

"For me it's really important, because of the struggles I had after the August break," he said.

"By working hard with the team, I feel that I've really managed to improve so many things with my driving, and managed to be quicker in different kinds of circumstances.

"[In Abu Dhabi] being on the pole and winning the race, Lewis was giving everything, so that's a good feeling."

Bottas also expects to be much better prepared next year, having landed the seat so late last winter.

"We are going to go through everything from this season before Christmas," he said.

"I'm still trying to make my weaknesses 'none'. That's always the target, it's never possible but you can always try to be near-perfect, and that's what we try to work on.

"I'm going to work harder than ever this winter, and hopefully I can be better than ever next year."