Mercedes has worked on a series of developments to improve the cooling of its car, which has been marginal all season, since the Austrian Grand Prix, during which both of its cars were forced to run at reduced power.

It debuted a new aerodynamic package, which included a cooling system update, in practice at Hockenheim on Friday, during which temperatures got close to 40C.

Asked how much the updates had helped, Bottas said: "I think we have made progress.

"I think with the package we had in Austria, we would have struggled massively to run.

"But now we could complete some good long runs and it is going to get a lot better on Saturday and Sunday with the temperatures, so it is good to see we have been able to improve that."

Bottas, who narrowly avoided getting stuck in the gravel at the end of FP1 after running wide at the Sachskurve, said he "cannot remember driving" in conditions like the heat drivers experienced in practice.

"It makes it more tricky for the drivers and the cars and tyres, lot of overheating especially in sector three with the corner combinations," he added.

"It becomes so sensitive. You slide a bit more and you pick up 10C of extra tyre temperature and you can lose a few tenths like this. So quite sensitive." 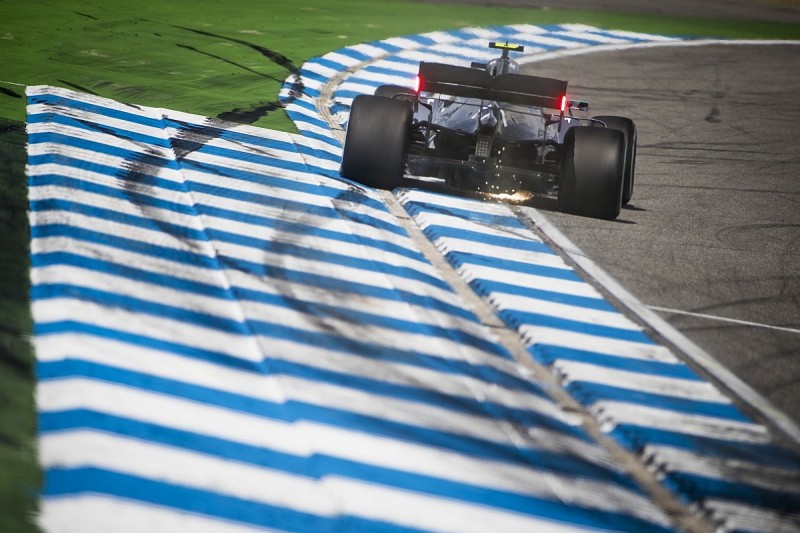 Given cooler conditions are expected for the rest of the weekend, and with rain possible, Bottas said there was little to learn from Friday's order, in which the Ferraris of Charles Leclerc and Sebastian Vettel were ahead of Bottas and team-mate Lewis Hamilton.

"It is going to be completely different, [there] could be rain on the way and same on Sunday," he said.

"It is a day we need to be very reactive and dynamic with the weather and car set-up."

Hamilton added: "I don't feel we learned much today.

"It was so hot, and if it is cooler or not dry nothing from today applies [for the rest of the weekend].

"The tyres will come back towards us and everyone will be quicker and more comfortable, but we wait and see."

Kubica thwarted by updates falling off "fragile" Williams in Germany