Alfa Romeo Formula 1 driver Valtteri Bottas says he would be interested in sticking around at the Sauber-run team for when Audi jumps in as a partner in 2026.

At August's Belgian Grand Prix Audi officially confirmed it would join forces with Sauber as its power unit manufacturer in 2026, when a new engine formula will kick in.

After Alfa Romeo's sponsorship deal with the Hinwil team lapses at the end of 2023, it is expected Audi will gradually start ramping up its involvement as it becomes a shareholder in the Swiss outfit.

For current Alfa Romeo driver Bottas, who joined the privateer after five years at Mercedes, driving for a bona fide works team again is naturally an enticing prospect.

When asked in Mexico if he is hoping to stick around at Sauber when Audi jumps on board in 2026, Bottas said: "Why not? I'm 33 years old, so I hope that I'm going to be there."

Bottas explained that Audi's entry will help keep both him and the team motivated in the coming years.

"I would say yes, because if you look at the big picture, I think it's huge. There's big potential for Sauber with Audi.

"No doubt they want to succeed in the future. They want to do well and show they're serious.

"So, I think for any driver on the grid, especially for me now being already part of Sauber, it would be very interesting to be part of that project. I definitely think it's possible." 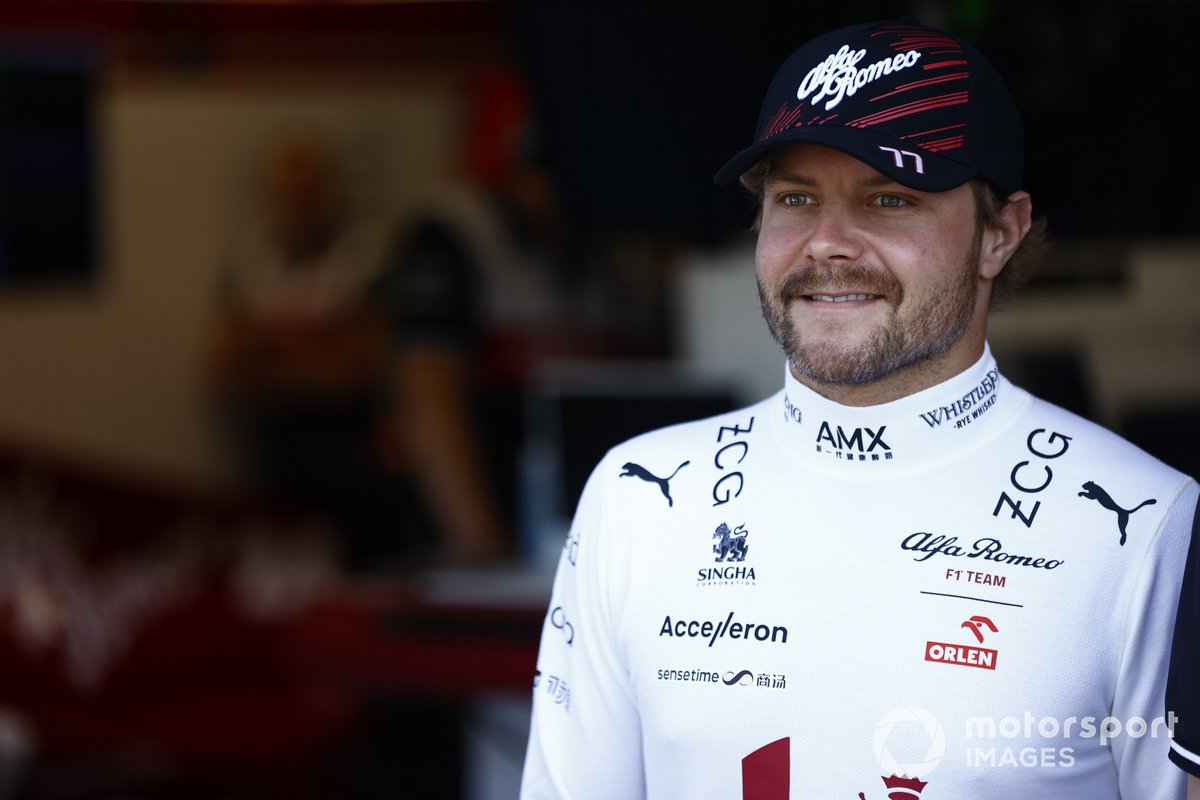 While Bottas conceded Alfa Romeo needs "a lot of work" to become competitive, he hopes extra Audi backing ahead of its official 2026 entry can help the team bridge the gap to the frontrunners.

"There's still work to do, no doubt. That's the fact. But it's not that far, you know, the facilities are there," the Finn pointed out.

"Some facilities, some machinery can be better compared to a championship-winning team. And the amount of people in the team is still a bit less than at least what I saw last year.

"But with the support of a manufacturer like Audi I see no reason why it wouldn't be possible.

"I think [the timeline] depends on how much Audi is going to support this team before they officially come as a manufacturer.

"Obviously, nothing changes for next year. We're still with Alfa Romeo. And of course, we hope that we can have a better car than this year.

"But then I think it depends on the support from 2024 onwards.

"If [Audi] are willing to support, if they're really helping a lot and supporting and if the power unit is good for 2026, which is impossible to predict at the moment, then why not."