Valtteri Bottas has been hit with a three-place grid penalty for not respecting the yellow flag during Formula 1 qualifying for the Qatar Grand Prix on Saturday.

Bottas, Carlos Sainz Jr and title contender Max Verstappen were all summoned after qualifying for improving their lap times while yellow flags were out at the end of Q3 in Losail.

Double-waved yellow flags were shown after Pierre Gasly’s AlphaTauri car stopped on the start/finish straight after he sustained damage while running wide over the kerb at Turn 15.

The stewards met with all three drivers on Sunday afternoon ahead of the race, and announced that Bottas would be serving a three-place grid drop.

It means he provisionally drops from P3 to P6, but gains a place after Verstappen was hit with a bigger penalty for passing double-waved yellows. 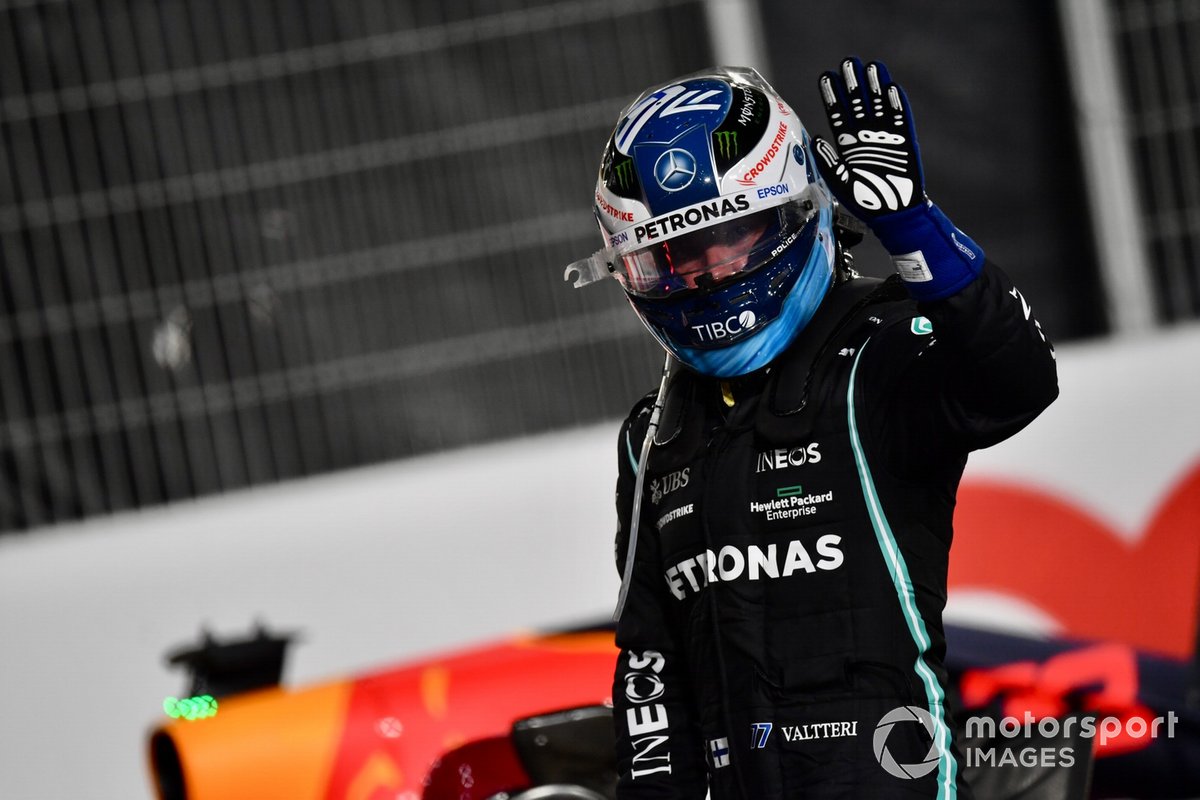 Valtteri Bottas, Mercedes, on the grid after Qualifying

Verstappen has been hit with a five-place grid penalty for the Qatar GP after failing to respect yellow flags in Q3 and will start from seventh place.

Sainz escaped a grid penalty after being judged to have slowed sufficiently having seen Gasly’s stationary AlphaTauri next to the pitwall.

It promotes Gasly onto the front row of the grid for the race alongside Hamilton, while Fernando Alonso will start from third place, with Norris in fourth ahead of Bottas, Sainz and Verstappen.