Valtteri Bottas has been handed a three-place grid penalty for this weekend’s Formula 1 Styrian Grand Prix after his pitlane spin in second practice on Friday.

Bottas spun his Mercedes W12 car while pulling away from the pitbox, causing him to come to a stop in the fast lane.

He avoided hitting the McLaren mechanics standing outside the garage nearby, who then helped turn the car around so the Mercedes driver could go out on-track as planned.

But McLaren was quick to complain to the FIA about the incident, calling it “ridiculous”, with the stewards confirming they would investigate the matter.

Bottas and a Mercedes team representative met with the stewards after FP2, but the officials opted to hand down a three-place grid drop for dangerous driving, as well as two penalty points on his FIA superlicence.

“When Bottas pulled away from his designated pitstop position, he lost control of the car when he turned into the fast lane,” the bulletin from the FIA reads.

“He oversteered, spun and came to a stop across the fast lane near the McLaren pits.

“During the hearing, Bottas stated that in the past they have been losing time in the pit departure. So they tried something new, which was to leave in second gear. 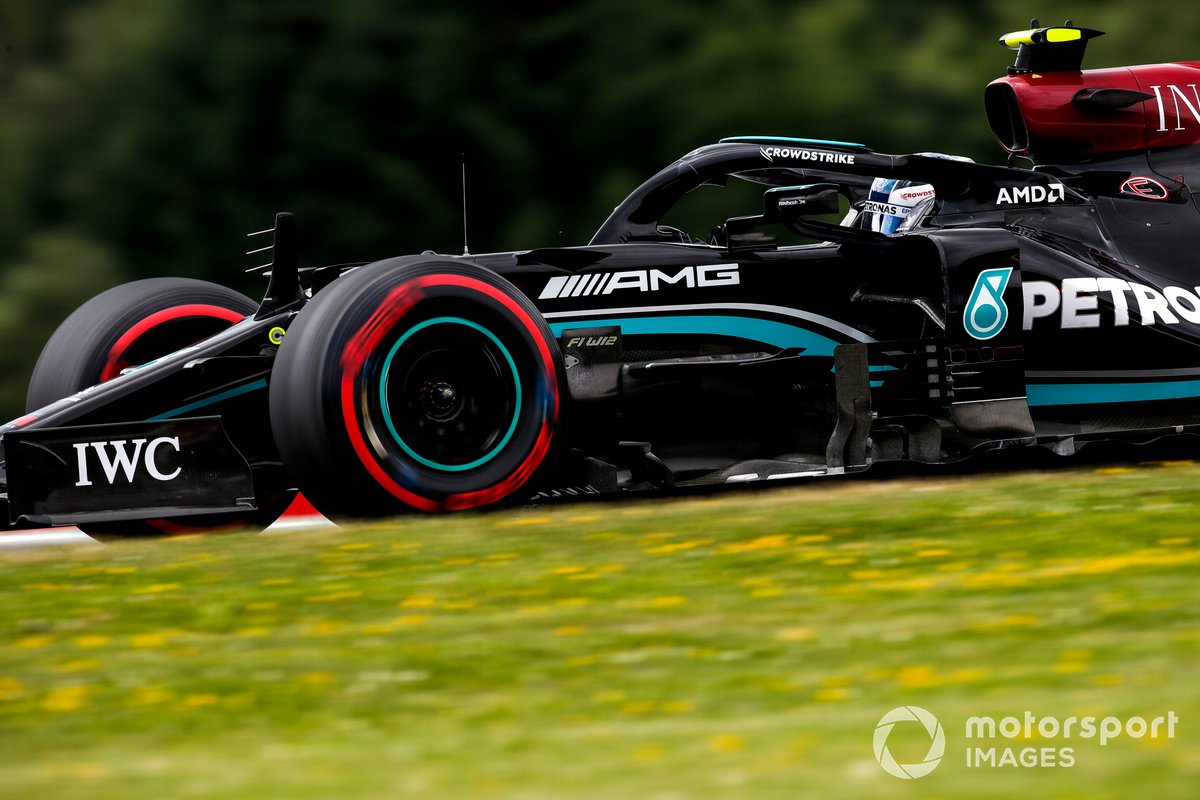 “As a result, the wheelspin was much higher and the result unexpected. Therefore he didn’t manage to control the car properly into the fast lane.

“This has to be considered as potentially dangerous driving, especially as personnel were around in the pitlane.”

The news comes as a setback for Bottas, who had hoped to kick-start his season in Austria after a difficult opening seven races, failing to finish any higher than third. He currently sits fifth in the drivers’ championship with less than half of team-mate Lewis Hamilton’s points tally.

Bottas explained after FP2 that Mercedes had “tried something different” when leaving the box, causing the spin, but had not expected a penalty.

“I would be surprised if there is,” Bottas said about receiving a penalty before visiting the stewards.

“It’s a normal mistake, it happens. I’m sure they just want to understand what happened really.”