Hamilton had looked all set to finish behind leader Lando Norris in the closing stages of the Sochi race, before a late downpour turned the race on its head.

As the rain blew in, Norris elected to stay out on slicks while Mercedes convinced Hamilton to move over to inters – which ultimately proved to be the right choice.

Reflecting on why Mercedes got it right, on an afternoon that McLaren got it wrong and cost Norris victory, the team’s head of trackside engineering Andrew Shovlin says his outfit was boosted by knowledge of how the tyres were performing on Bottas’s car.

“The key to it was how you were interpreting the weather forecast,” explained Shovlin. “As you know, all the teams, we've got the same rain radar, we could see the rain coming in, and we could see that it was going to start light.

“What we could see was that it was then going to get heavier. And that was really the thing that we were reacting to.

“But, in some ways, our decision making was helped by the fact that Valtteri was out of the points and he had nothing to lose: so we were the first to make the jump.

“Then seeing how the tyres were working on his car we followed suit with Lewis soon after. And certainly not leading the race makes it a bit easier to take those decisions.” 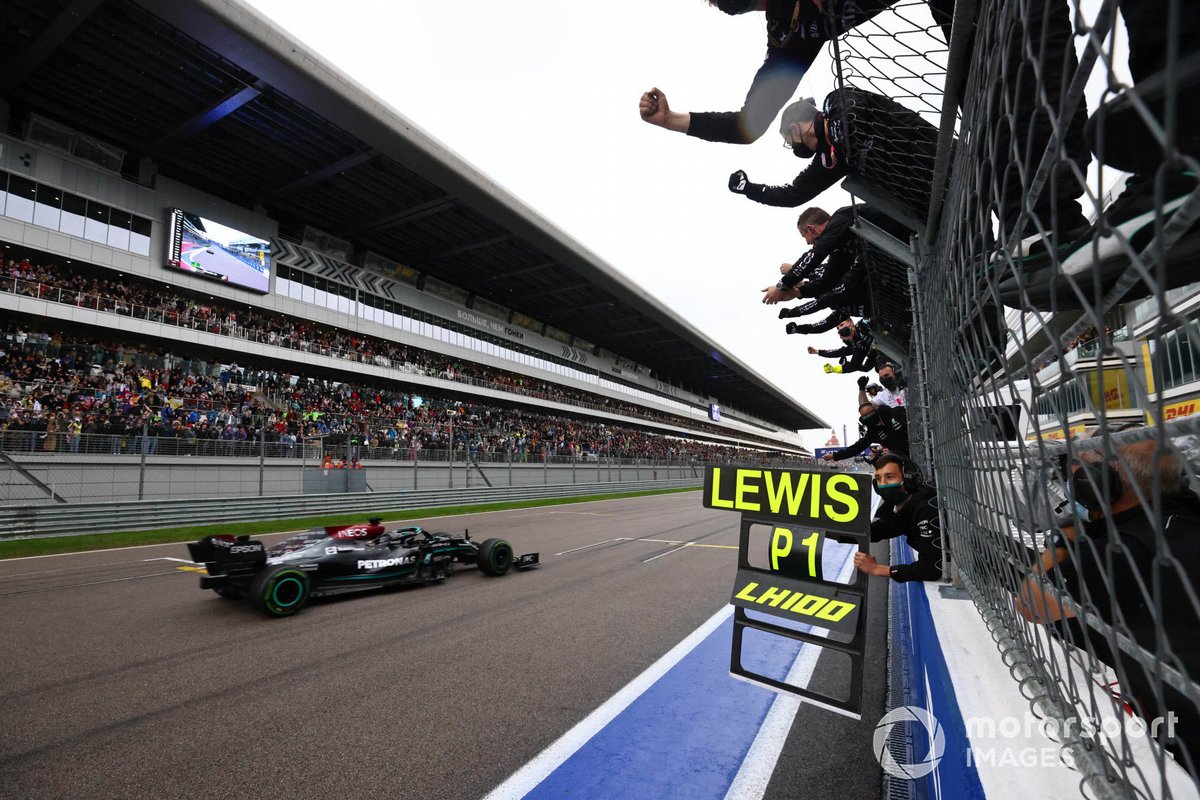 Lewis Hamilton, Mercedes W12, 1st position, takes victory to the delight of his team on the pit wall

Mercedes had called Hamilton in for inters a lap earlier than he eventually did, but that request was ignored because the world champion was convinced that sticking with slicks was best.

But eventually critical information about the team's prediction for the weather, plus explaining how title rival Max Verstappen had stopped, won Hamilton over.

“The key point that we were thinking to get across to him was that Max had stopped,” said Shovlin.

“With Max having stopped, then he's certainly keen that we shadow what he's doing: even if it meant that we might leave the door open for Lando to take the win.

“And the other thing we just had to get across was that we thought the rain was going to get heavier. Therefore jumping early was going to be better.

“So it's just with all these things, it's very much a case of getting the right information to the driver, because we were quite clear what we wanted to do.

"They haven't got the luxury of rain radars and things like that, so it’s just a case of making sure that they can understand why it is we're trying to take that decision.”