Valtteri Bottas has admitted he is struggling with some "disturbance" in his Formula 1 race start procedure, which is contributing to his poor getaways

The Mercedes driver had another slow start at the Italian Grand Prix on Sunday, after reacting too early to the red lights going out and having to stop himself.

It was not the first time that it has happened this season, with him having triggered his anti-stall at the Hungarian GP after initially going too early.

Bottas says changes made to the procedure he needs to run through before the lights go out are not going as smoothly as he would like, and it is clear that improvements need to be made.

"I had an issue with the actual reaction to the lights," said Bottas after the Monza race, where his poor getaway dropped him into the pack.

"We've been playing around with the way we do start practicing and the protocol of how we do it.

"We've changed that a bit, and I feel like there's been some disturbance sometimes at the actual starts.

"They've not fully been representative to the actual starts, although I can't go much more into into detail from my side."

Bottas says the early reaction to the lights at Monza was similar to what happened at the Hungaroring, but he did not get things so wrong this time. 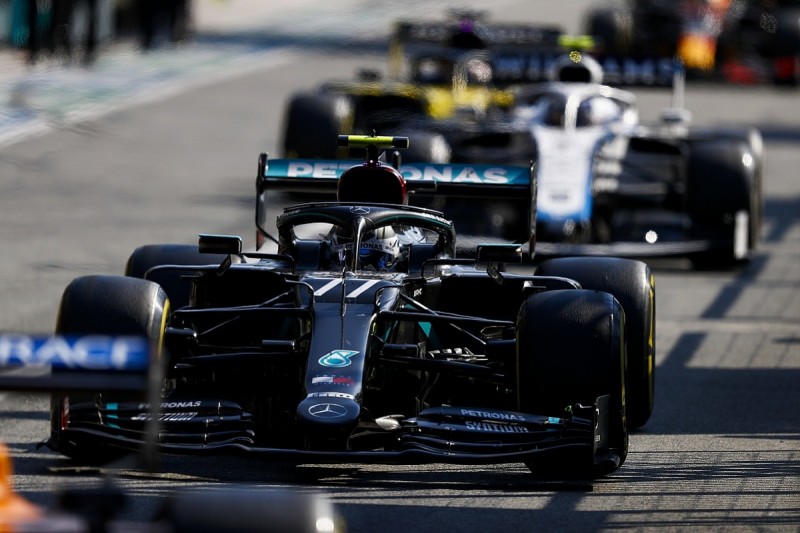 "Again I nearly went for the lights, but luckily not as much as the other race I did it. So for the actual start I was a bit late," he added.

"There's still things to work on that. The kind of the launch itself, after you drop the clutch, that part is fine and we've made good progress.

"But just getting that consistency into the reaction for start lights, there's work to do."

The poor getaway effectively wrecked his afternoon, as it dropped him down the order on the first lap and left him prone to attack from behind.

Matters were also not helped by what he felt was a mysterious car problem that left him feeling he had a puncture on the opening lap.

"Into Turn 6 I was on outside and had quite a bit of understeer, and then Turn 7 I had like a pretty big understeer, it felt like a puncture," he explained.

"Then out of Turn 7 the car felt like it was pulling a bit to the right and the left, like it didn't feel right, so I was completely convinced I had a puncture.

"So that's why I just wanted to make sure I'm going straight from Turn 8, so I lifted early.

"But then actually it kind of recovered and it was fine.

"So I'm not sure if I picked up something on the tyre or if something was wrong with the car from contact.

"I haven't heard yet anything with the corner weights or anything, but it felt really really odd. It was very, very messy first lap."