Valtteri Bottas says the constant pressure he's faced from only having one-year contracts in Formula 1 has had a more negative impact on him that he believed at the time.

The Finn has signed a multi-season deal to join Alfa Romeo from next year, giving him proper long term job security for the first time in his F1 career.

Bottas entered F1 with Williams in 2013 and spent four years with the Grove team before joining Mercedes to replace Nico Rosberg in 2017.

Having endured throughout his career the need to prove himself each season to retain his seat, he says the different scenario with Alfa Romeo has opened his eyes to what he was missing before and been able to drive more freely.

He won his tenth Grand Prix from pole in Turkey, the peak of a strong run of recent performances following the news that he would be replaced at Mercedes for 2022 by George Russell.

He also topped qualifying and won the F1 sprint at Monza, and added his 19th career pole at last weekend's Mexican Grand Prix.

“It probably had a bigger effect on me than I thought it would,” he said ahead of the Brazilian Grand Prix.

“Because once everything was done, and I knew what I'm going to do for the next few years, I just felt a bit more like freedom and less pressure in a way.

“It felt almost like a weight lifted off the shoulders. That's the feeling, and it's something I've never had before: that I know that actually I can focus on to something with a team, with the people around for a few years ahead, not just focusing for one year. 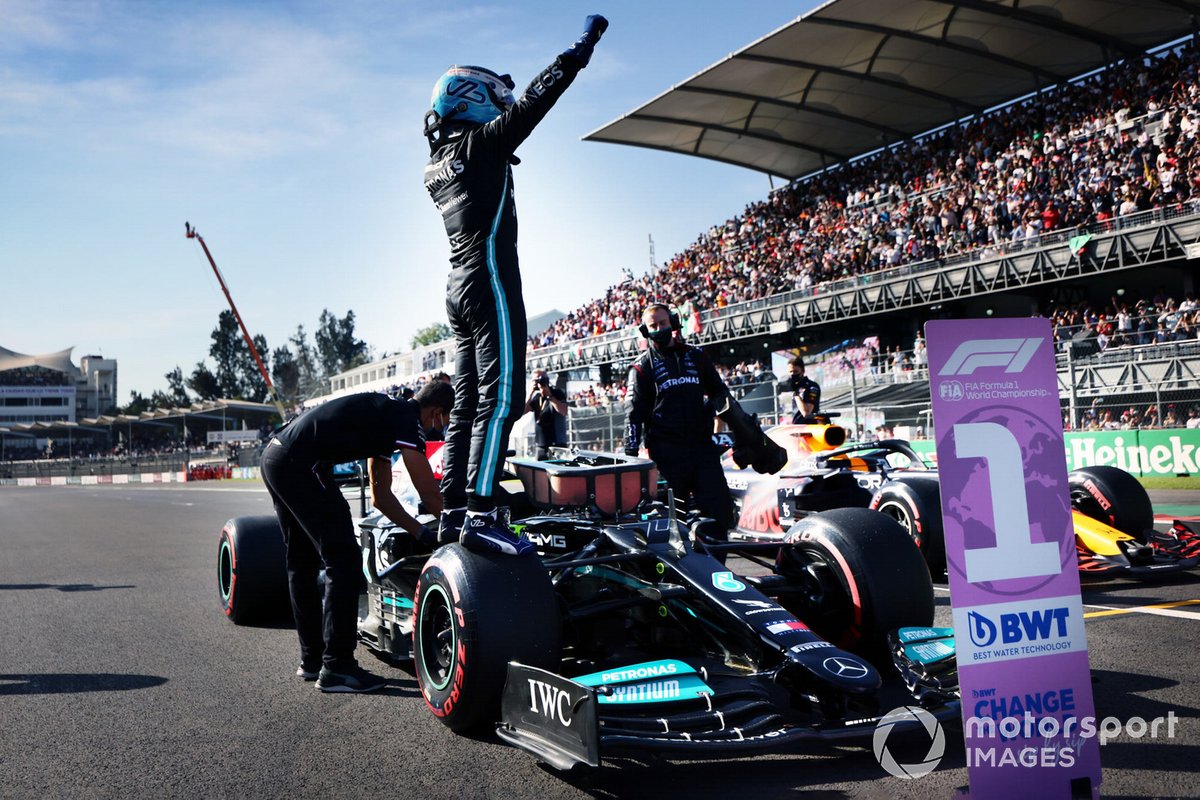 “Normally it's after like six months that I need to fight for my seat. So just being able to have that kind of trust from a team, that they know that I'm going to do the best I can for a few years, just feels good.

“And I can just really, really focus on the job and think about what I'm going to do next year.”

Bottas says he understands the attraction for teams in keeping drivers on their toes with pressure to perform to keep their seats, but believes that after a while this can prove to be a negative distraction.

“But for me, five years in that similar situation [at Mercedes], of never being able to think further than six months, it doesn't work.

“It was definitely easier in the beginning, even though there were always discussions pretty much every year, like who's going to be in the seats, which is a distraction.

“Don't forget it was a pretty similar thing for me with Williams more or less: it was always options in the contract one year.

“Now it's been basically almost nine years of not being able to think long term and what was long term.”

When asked what he felt about Mercedes boss Toto Wolff’s remarks that pressure is what makes diamonds, Bottas said: “I think I said to him: ‘Yes for a certain amount of time it's good. It can be good. But for nine years?'”