Mercedes Formula 1 driver Valtteri Bottas believes he didn't go too far with his angry team radio message during the French Grand Prix, in which he slammed the team's one-stop strategy.

Bottas was looking strong in the opening stages of the race at Paul Ricard, shadowing Red Bull's Max Verstappen and Lewis Hamilton in third.

Leader Verstappen came in for a second stop for medium tyres on lap 32, which proved the optimal strategy for the race.

Knowing it would lose the race by default if it were to follow Red Bull's strategy, Mercedes decided to leave both Hamilton and Bottas out until the end of the race on worn hard tyres.

For Hamilton, that gamble nearly worked as he managed to keep Verstappen at bay until the penultimate lap, when the Dutchman swooped past.

In Bottas' case however, the one-stopper left him vulnerable to both Verstappen and the second Red Bull of Sergio Perez, who overtook him to grab the final podium spot.

Realising his race was compromised by the one-stop strategy, Bottas reacted angrily on the Mercedes team radio, shouting: "Why the f*ck does no one listen to me when I say it's going to be a two-stopper?!" F***ing hell."

After the race, Bottas explained that his anger surfaced because the team didn't opt for a two stop strategy - which turned out to be the winning one - as he struggled to keep his tyres alive until the end.

"I think the winning strategy today was a two-stop. It is easy to say afterwards but that is how it is," Bottas told Sky Sports F1.

"As a team I think we were too focussed on completing the one stop thinking it was the best but it wasn't.

"I had no front tyres left for the last 10-15 laps so it was really just trying to get the car home. It was not fun the last stint." 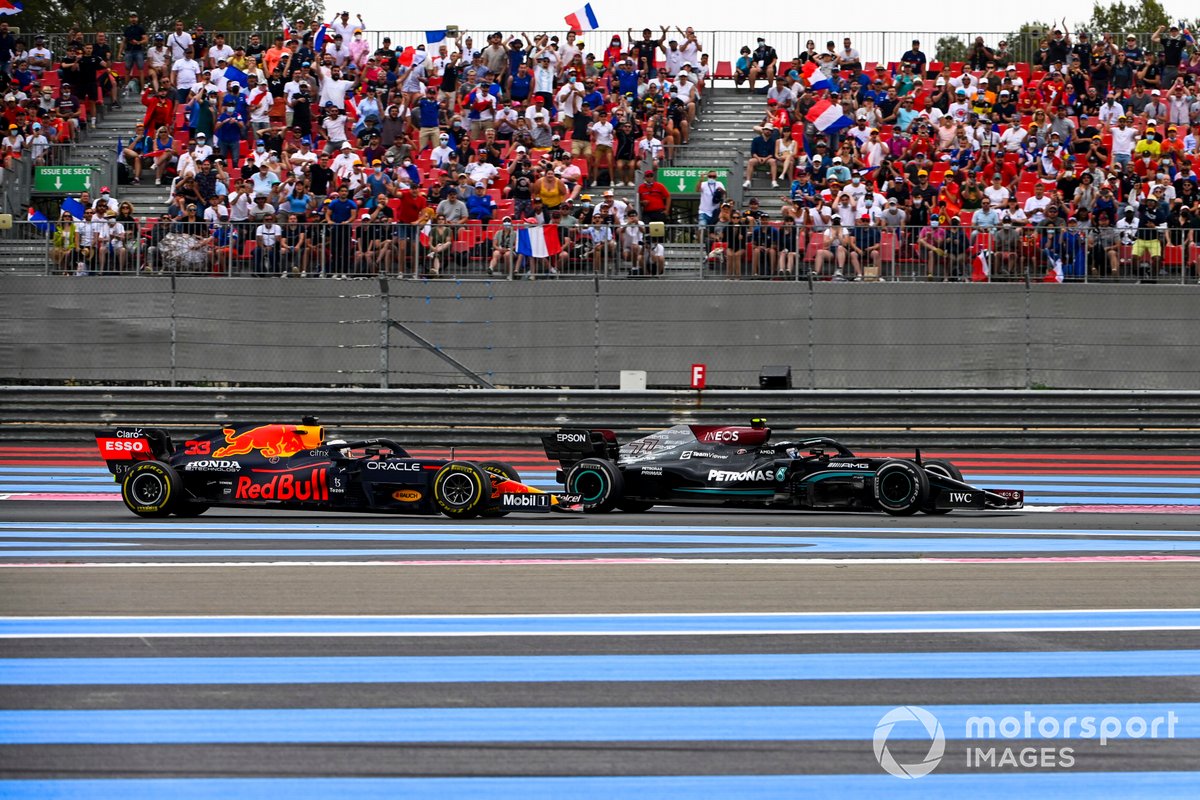 When asked by Autosport if his radio message went a bit too far, Bottas said he was just speaking his mind about what he thought was happening.

"I was making very clear what I was thinking," he added. "I was suggesting a two-stop earlier in the race but the team went one-stop and here we are."

Bottas said he was a "sitting duck" as both Verstappen and Perez easily passed him in the final stint.

"You feel like a sitting duck, it is quite simple," he explained.

"Of course, I tried everything I could. I tried to finish on the podium but the tyres were completely gone so [I had] no chance.

"I think we thought the tyres would last a lot better than they did, I think that was the biggest thing. We thought the hard tyre could do nearly the whole race but that was not the case."

When asked if his Mercedes team could have done more for him today, Bottas said his strategy prevented him from fighting for victory: "If I did a two-stop for sure we would have been on the podium and fighting for the win."