Bottas and Zhou doubt F1 porpoising will be safety issue

During the first extended runs of the new cars designed under the revised technical regulations for 2022, all teams found their cars were bouncing along the straight when at high speed due to the new ground effect requirements.

The issue proved uncomfortable for drivers and caused a number of teams to sustain damage to the floor of their cars, while others had to revise their set-ups to make the problem manageable.

One of the clearest examples of the problem came in a slow-motion video released by Formula 1 which showed Charles Leclerc’s head bouncing around in the cockpit of his Ferrari at the end of the main straight.

Mercedes driver and GPDA director George Russell said during the test that the “substantial” porpoising some teams experienced could make it a safety issue, and that a return to active suspension in F1 would remedy the problem completely.

Alfa Romeo was one of the worst-hit teams early in the Barcelona test, but drivers Bottas and Zhou were optimistic it would be resolved, and felt confident it would not become a safety issue.

“It’s definitely it seems like it’s a bit of a challenge for every team,” said Bottas.

“For now, I don’t think it’s a safety issue. It’s the way the aero of the car works, and obviously it’s a fact that the lower you go with the car, the more you have downforce, and if you find a way to have a good ride in the car, being able to ride low, you might gain some performance.

“But obviously in some places with the cost of the ride itself, especially in high speeds and over the bumps. So it’s quite interesting, a new philosophy on the aero side of the car. I don’t think it’s going to be a big concern.” 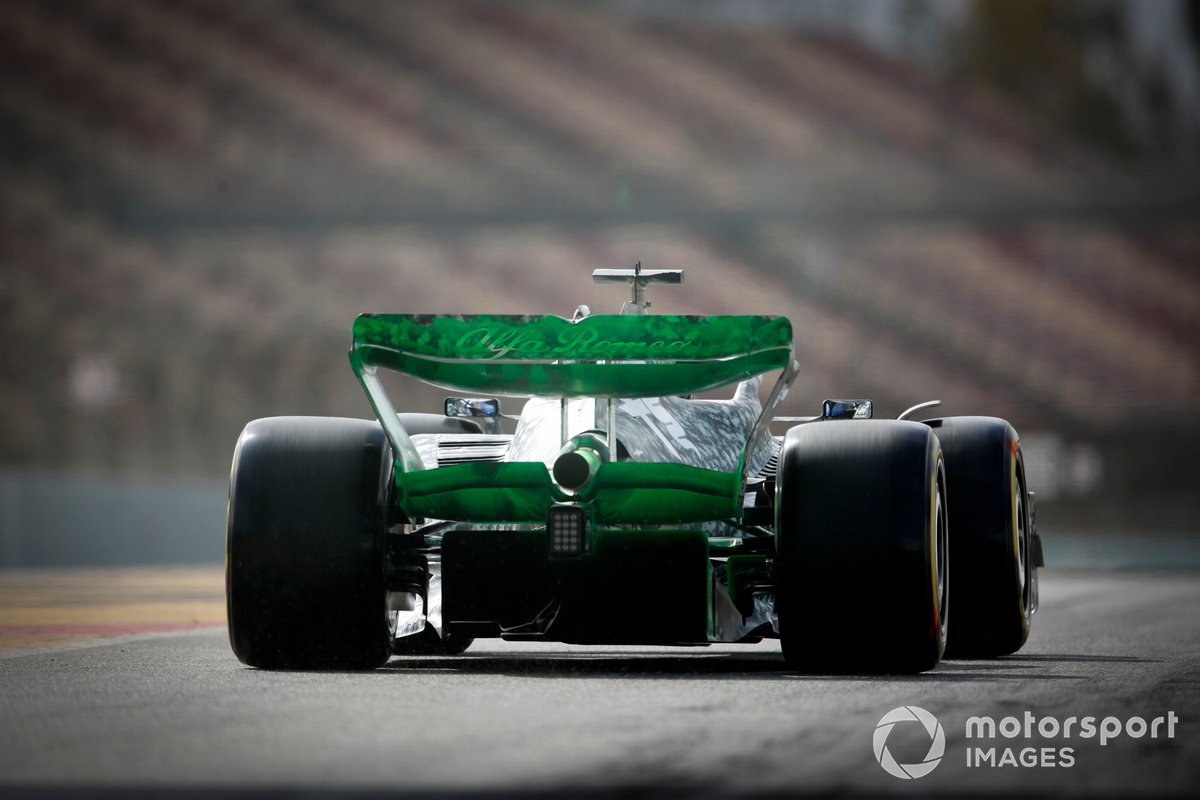 Bottas completed the fewest laps of any full-time driver in the opening test due to recurring issues for Alfa Romeo, including the porpoising problem.

“As a team, we need to work around it, and we need to make sure the car is reliable enough for these regulations,” the Finn said.

“[It’s] the same case for every team. I think now it’s a big talking point, but I would imagine as long as the season starts going, teams understanding it more and more and it’s going to be less of an issue and less of a talking point.”

F1 rookie Zhou noted a “good improvement” from Alfa Romeo between the first and second days of testing as the team tried to resolve the problem, which it admitted to being “taken aback” by.

“The problem is still there a little bit from I think all the teams, it seems like the biggest limitation of the new car for everyone,” said Zhou.

“We just have to find a way around it which can provide us as much downforce as possible and to reduce the bouncing on the straights.

“In terms of the safety, it should be no problem on that side.”