Alfa Romeo started the season as one of the leading midfield teams, regularly fighting with Alpine and McLaren, but has since slipped back to sixth in the constructors’ standings.

The Swiss-based team is now facing pressure from Aston Martin in the fight for P6. Aston Martin has outscored Alfa Romeo 29-1 since the Canadian Grand Prix in June, narrowing the gap to just seven points with four races to go.

Speaking to Autosport in a sponsor event for Hyland in Austin on Wednesday, Bottas admitted it had been “challenging recently” for Alfa Romeo, and that it was “disappointing” to have lost the early-season consistency.

“You get to taste that consistency in the beginning of the year and having good points all the time, but when you're not having those, you definitely start to miss those moments,” said Bottas.

“And also, we still have to secure the sixth place in the constructors’. So that means we still need to score.” 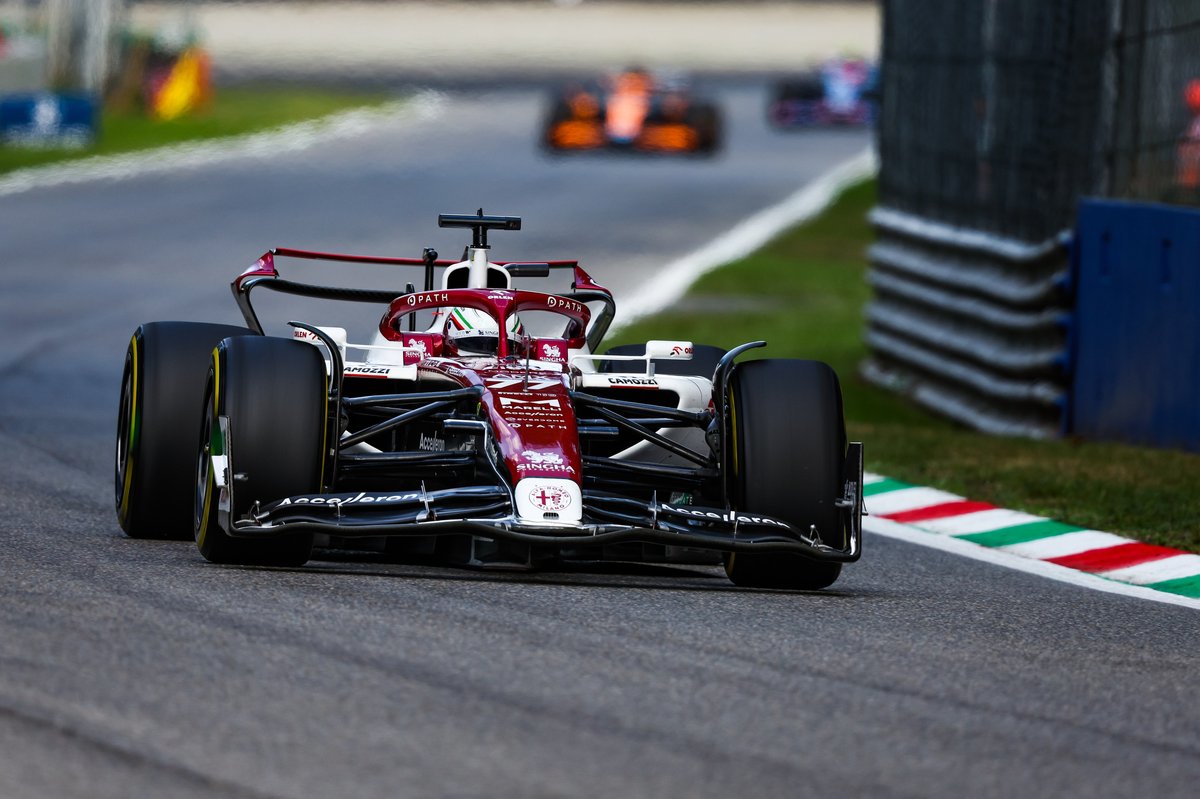 Zhou picked up Alfa Romeo’s only point since Canada by finishing 10th at Monza, but the team has been hindered by some poor reliability in races.

An issue on his power unit caused Bottas to retire in Hungary, while a fuel system issue forced him out of the race at Zandvoort two races later. He also failed to finish at Spa after getting caught up in a collision with Nicholas Latifi.

Alfa Romeo struggled with reliability through pre-season testing, leaving it behind for mileage compared to many of its rivals.

Although it was able to bounce back with its initial pace, Bottas felt that the lack of winter mileage had ultimately led to many of the issues that had held the team back.

“I think many of those failures came down to reliability, because we had pretty poor winter testing mileage,” said Bottas. “Once you don't get the mileage to prove certain parts, etc, at some point, they might fail. And that's what happened.

“But I think we've learned a lot. And we've already really switched the focus with the car development for next year. So we're relying quite a lot on that.”

Bottas was confident Alfa Romeo had “learned our lessons” from its 2022 struggles and was “going to be strong again” next year, but hoped it would carry through the entire season.

“We're still a smaller team than some of them, some others, but not for long,” he said. “I think we're growing as a team, we're getting more more people.

“So I think in the years ahead, we are going to be on the same line with with anyone.

“That's why I feel like, in the future, whether it's next year or the year after, we have a great opportunity to be in close to the top.”