Valtteri Bottas believes that he can hang on and score a good result in the Formula 1 Mexico City Grand Prix after qualifying a “surprising” sixth.

The Alfa Romeo driver split the two works Ferraris in qualifying, outpacing the troubled Charles Leclerc for a spot on the third row of the grid.

A good result on Sunday would be hugely valuable in his team’s fight with Aston Martin for sixth in the championship, which the Hinwil outfit leads by just three points.

Bottas showed good pace from the start of the Mexican weekend, taking seventh in FP1 and eighth in FP3, the two sessions not compromised by Pirelli 2023 tyre testing.

However, even he hadn’t anticipated doing even better when it mattered in qualifying.

"Yeah, then it's a pretty good day,” he said when asked by Autosport about beating Leclerc’s works car.

“And surprising. I mean, we've seen from the beginning of the weekend that we seem pretty strong, and I felt comfortable.

“So we thought with a good quali should be able to fight for seventh place, but to split the Ferraris is an added bonus.”

Bottas had no definitive explanation for why the Alfa is so strong in Mexico City, especially given that the works Ferraris have experienced a loss of power at the high-altitude venue.

“It's a good question,” he said. “We didn't add anything from Austin to this track. But I think the layout - I was thinking about it before the weekend, that it could be good for our car.

“And it seems to be really good for our car. I think all those slow speed corners, we seem pretty strong. Even over the kerbs through the chicanes we seem good, and the car feels quite nice over the kerbs. 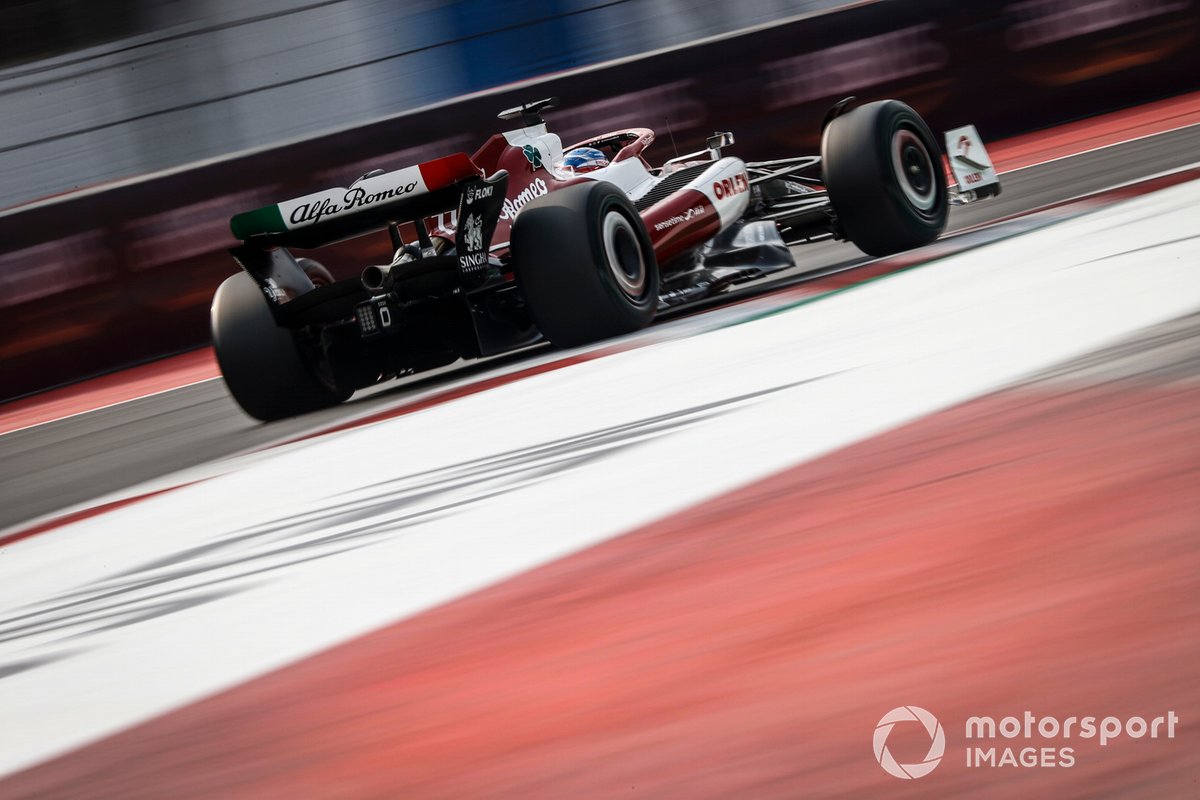 “So I think it just suits this track, and then with the starting set-up we had for the weekend we've only had to do small fine tuning. So we really started the weekend on the right foot with a set-up and been able to build on that.”

Bottas acknowledged that he always goes well at the track: “It feels like it's been normally good track for me overall. I think I had a pole last year. So naturally, that just tells that it's one of those tracks that some drivers like.

“I like this one, smooth surfaces, low grip. So it's definitely a bit different way of driving, which I don't mind.”

Bottas believes he can maintain position on Sunday, given that there are no obviously quicker cars behind - other than Leclerc’s Ferrari, which may be compromised by ongoing engine issues.

Asked if he can stay sixth, he said: “I think so, that's the target. And it seems like from all the long runs this this weekend, and even the Pirelli tests, that we seem to be on the good end of the midfield in terms of race pace.

“So it's good to see. So hopefully, we can more or less maintain the position. That's important because it's a good opportunity, as Aston is now way back.”

Alfa Romeo team principal Fred Vasseur said that the car has been quick in recent races, even if grid positions didn’t fully reflect that.

"I think it was already the case the last two or three events,” the Frenchman told Autosport

“But between having the potential, and being P6, there is a margin. And the last two or three events were wet sessions, or we missed Q3 for nothing. I think the pace was okay in Austin and Suzuka.

“And I think from the beginning of this weekend, we were on it. From FP1, we are doing a good job, and then you can fine tune the situation.”