Following the finalisation of the updated engine regulations for 2026, increasing the amount of electric power and mandating the use of efuels, F1 has been subject to fresh manufacturer interest.

Audi announced last month it would enter as an engine manufacturer from 2026, while sister Volkswagen Group brand Porsche remains keen on an entry despite its planned partnership with Red Bull being scrapped after a breakdown in talks.

Honda is also thought to be considering a return in 2026 after ending its works involvement last year while retaining technical ties to Red Bull.

With Mercedes already on the grid, Audi incoming, Porsche interested and the Volkswagen in-house brand no longer completing motorsport activities, it leaves BMW as the only remaining major German manufacturer.

But in an interview with Autosport’s sister website, Motorsport-Total.com, officials from BMW made clear F1 was not something on their radar.

Andreas Roos, the head of BMW M Motorsport, said being absent from F1 was “not an issue for us” because BMW was “definitely not interested at the moment.”

“You have a very high investment in Formula 1, and until that comes back, you have to be very successful for a very long time. So we're happy with the big bouquet of projects we currently have in motorsport." 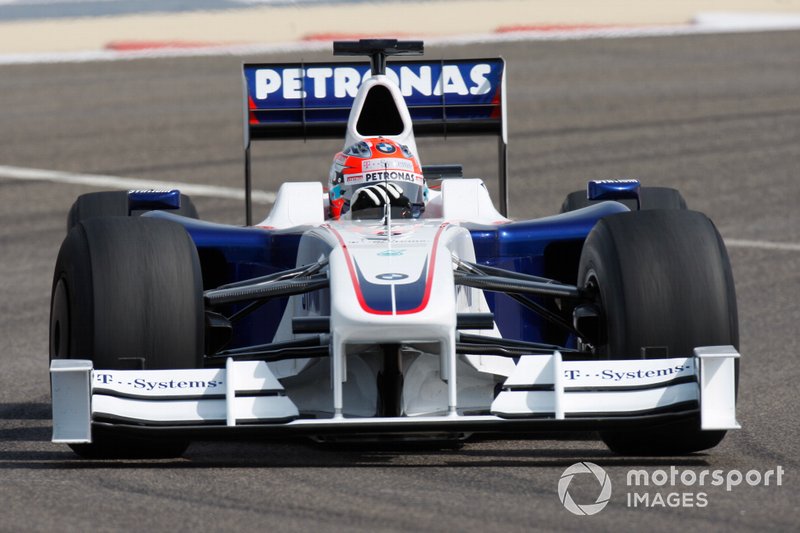 BMW most recently enjoyed manufacturer presence in F1 between 2000 and 2009, initially working with Williams before making Sauber its factory squad in 2006. The BMW team scored one victory at the 2008 Canadian Grand Prix before withdrawing from F1 suddenly at the end of 2009.

Although it has been linked with a potential F1 return given the level of manufacturer interest of late and the change in the engine rules, BMW made clear its focus lies with its new LMDh programme.

The new BMW LMDh car will debut in IMSA next year before expanding to the World Endurance Championship from 2024, when it will also return to fight for overall honours at the 24 Hours of Le Mans.

“We are virtually already fully into electrification and the transformation to electrification,” explained Roos. “LMDh fits perfectly there - and not just in 2026, when Formula 1 goes in this direction. From that point of view, this is the right time for us to do LMDh now."

Frank van Meel, the CEO of BMW M Motorsport GmbH, recognised the marketing value and reach of racing in F1, but said BMW does not “do motorsport purely for marketing reasons.”

“We want to derive something for the series and develop together,” said van Meel.

“That's why LMDh is clearly more important to us than Formula 1. It's too far away from our series M products, but also too far away in terms of time with the topic of electrification."