Binotto: Sainz has to manage pressure of frontrunning F1 car

Ferrari Formula 1 team boss Mattia Binotto concedes that Carlos Sainz has to learn to manage the pressure of having a frontrunning car for the first time.

The Spaniard crashed in Q2 for the Emilia Romagna Grand Prix at Imola having already set a time that was good enough for second in the session, behind Max Verstappen.

Although he progressed to Q3 he was not able to participate, and thus slipped to 10th on the grid for Saturday’s sprint event.

Sainz has been overshadowed by team-mate Charles Leclerc in both qualifying and races so far in 2022, and sits 38 points behind the Monegasque heading to the Sprint race after spinning out of the Australian Grand Prix in the early stages.

Binotto says that there is no particular problem with Sainz, but acknowledges that the former Toro Rosso, Renault and McLaren driver still has to get used to driving a car capable of challenging at the sharp end.

“I don't think that there are issues,” Binotto remarked on Saturday at Imola.

“Certainly you need to adapt. I think that he has done a couple of mistakes, which are important. But nevertheless, I think that he is improving himself, he is going faster and faster.

“If I look yesterday, when he was driving, he was really driving fast. A shame, because when he went off, I think it was not the right time to push to the limits. He knows very well.

PLUS: Can Ferrari maintain its F1 title push?

“I think that's a matter of managing the pressure. Maybe for the first time in his career that he's got a car which is fast enough to compete for the best positions.

“He simply needs to get used to that. But he will do it very quickly, because I know how how smart and how capable he is to manage the pressure.” 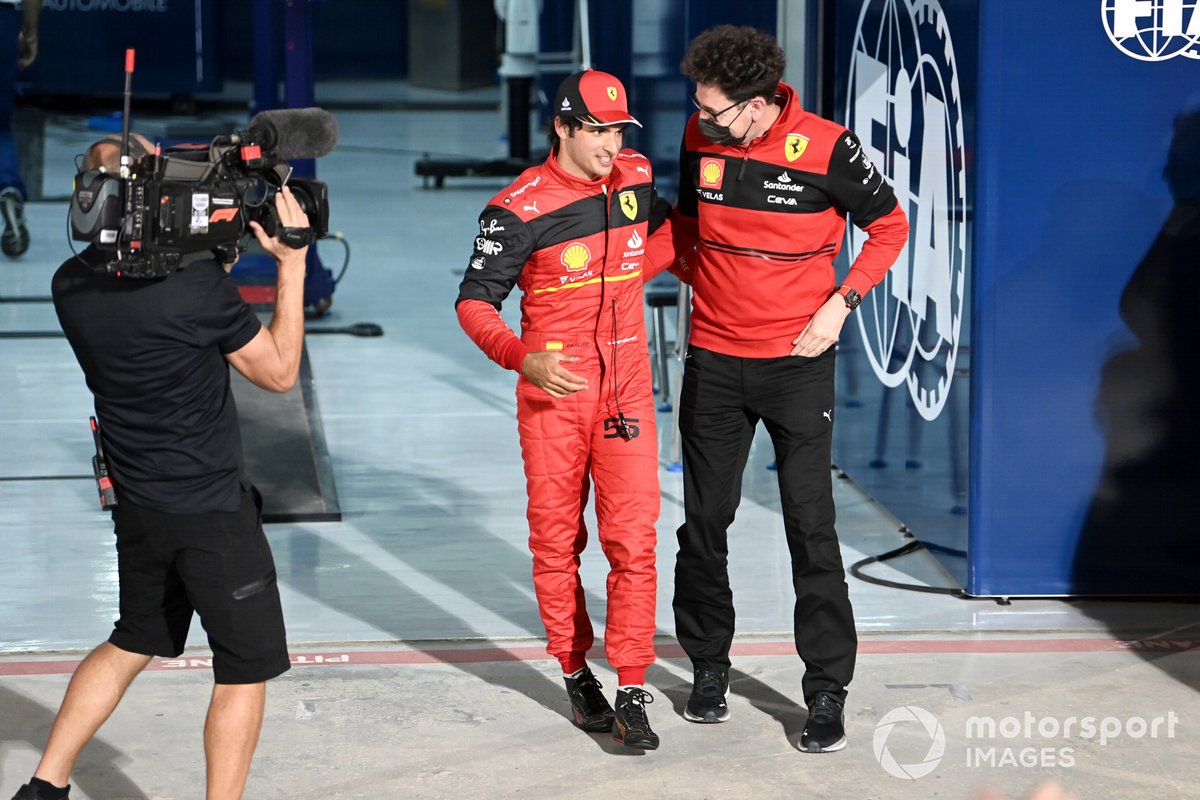 Ferrari announced an extended deal with Sainz last week, and Binotto believes that the stable line-up until 2024 brings obvious benefits.

“And I think simple that he is matching the expectations.

“After that, we started this experience with him, I think we're very, very happy. It was the right moment to look ahead, to look forward.

“I think that by renewing and extending, it's like giving the right stability to the team as well.

“We know that our drivers are confirmed to the end of 2024. And we can build on it.

“I think as Ferrari, really our main objective is try to really create the foundations for the future. And together with that line-up, I think it's the best we can do.”