The F1-75 has been consistently fast in all conditions over the six days of testing in Barcelona and Sakhir, although Red Bull clearly made a significant step with the new aero package it introduced on Saturday.

Carlos Sainz was fastest in Bahrain on Friday, while on Saturday Charles Leclerc was fastest on the C4 tyre until he was beaten by RBR’s Max Verstappen on the softer C5 in the final hour of running.

In Spain, Binotto insisted that Ferrari were “outsiders” behind favourites Red Bull and Mercedes, and despite the ongoing strong form of the F1-75 and the obvious struggles of the W13 he maintained that line after the Bahrain test.

"I think focusing on ourselves, it has been six days positive,” Binotto told F1 TV. “Because we're running consistently, learning a lot from the car, getting a lot of data, cross-correlating with back at Maranello, wind tunnel and simulator. That was the first objective, and I think that we achieved it.

“Then in terms of performance it's very difficult to judge. I still believe that both Red Bull and Mercedes are the main [favourites], I think they are the ones that won last year, both world champions, driver or constructor, they have proved to be very strong teams in the past, they had a second of advantage at the end of last year.

“I think as Ferrari, we should try to be at least outsiders, try to be as close as we can. And if we look at the performance, so far, so difficult to judge. Certainly I hope that it will be very close at the end altogether." 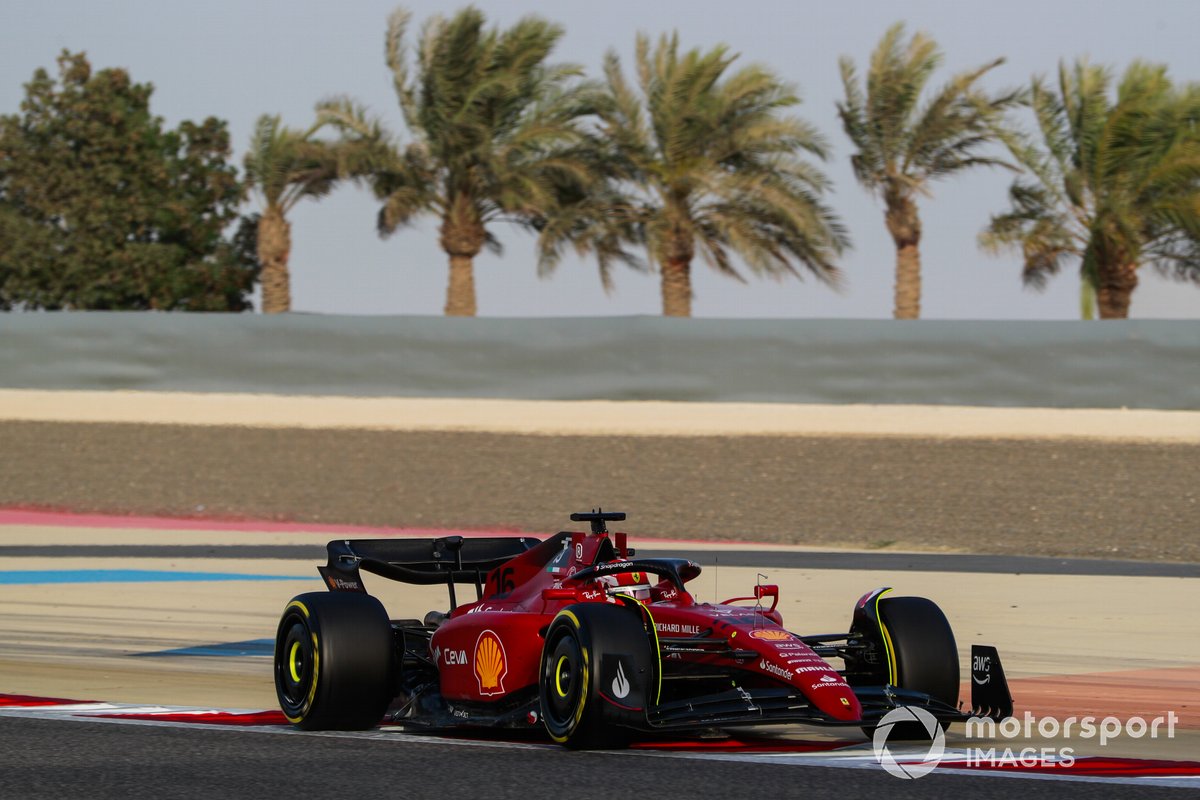 Despite his caution Binotto conceded that Ferrari has proved it has the potential to run at the front.

“So I'm pretty sure that this team is a great team, can be a strong team, and prove once again this year that we can be back to be competitive, and that's where we are focused on.

“There is much to do, I think a very long season. Bahrain is the first race, but there will be another 22 or 21 races after it.

“I think developments through the season will be a key element as well. So let's see. It's a matter of stay focused on ourselves and try to do the best."

Asked about his driver line-up, he said: "Certainly I think they are very good and talented drivers, very fast, good racers, they've got an objective, which is a common objective.

“And I hope we can have a good championship, and last season proves that at least they are getting on well together. I think that's important as well and the right spirit. Let's start the season, let's enjoy and I hope they will enjoy as well."

Seidl: McLaren “on the back foot” after brake cooling dramas