Ferrari boss Mattia Binotto says he will be cheering for Max Verstappen to win the Formula 1 title battle this year, but believes Lewis Hamilton will ultimately triumph.

After the first half of a season dominated by the Red Bull and Mercedes drivers, only extreme circumstances will prevent either Verstappen or Hamilton coming out on top.

Ferrari is well out of the title contest, as it finds itself locked in its own battle with McLaren for third place in the constructors’ championship.

The two teams are tied on 163 points each after the Hungarian Grand Prix, as Sebastian Vettel's disqualification from the race promoted the Ferrari of Carlos Sainz Jr to the final spot on the podium.

But while Binotto says he would be happy if Verstappen won, to break the monopoly that Mercedes and Hamilton have had on F1 for many years, he reckons that the Dutchman will more than likely lose out.

Asked for his views on the contest, Binotto said: “It’s an exciting battle, first of all.

“They are two extraordinary drivers, and very talented. One has already shown it and the other has undisputed speed from everything he has shown.

“If I had to make a bet, I think Lewis wins. I say this because I think Mercedes wins.

"They are a solid team and they have shown what they are in recent years.

“I think they have all the elements to win in the end and, as the reigning champions, they are the ones to be beaten.” 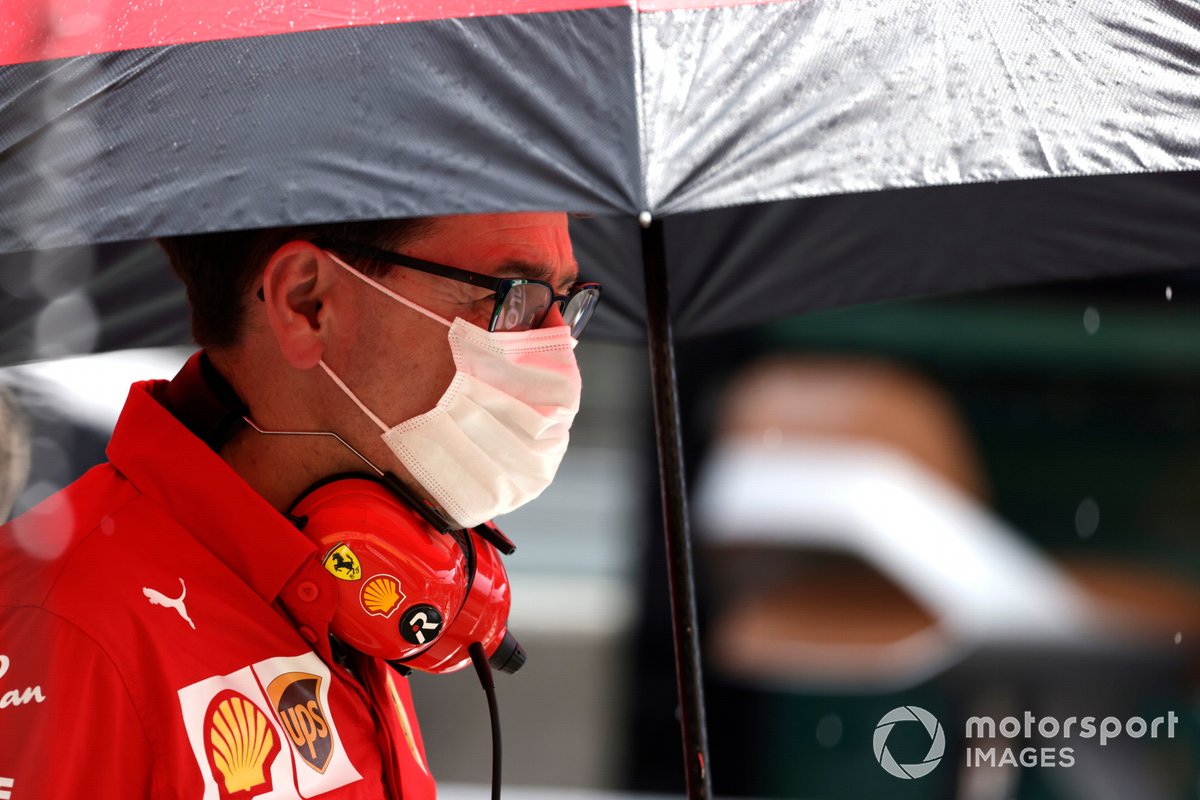 But despite his prediction, Binotto said he would like Verstappen to come out on top – or at the very least to take the title battle to the final round.

“I hope they can fight until the very end,” he said. “That means an open championship, an exciting fight and one that it is as close a battle as possible for the show itself as well.

“I always cheer for ourselves at Ferrari but I also cheer for Max, because I think it is good for sport to break the status quo.”

Following his Hungary fightback, Hamilton is eight points clear of Verstappen in the drivers’ championship, having won four races over the first half of the campaign compared to his rival’s five.