Mattia Binotto has dismissed a report that Ferrari Formula 1 team members refused to go to the podium at Silverstone, after checking himself there was no division in the garage.

Leclerc was visibly disappointed after the race and was seen deep in conversation with Ferrari F1 chief Binotto soon after the chequered flag, leading to suggestions of division within the team.

A report in the Italian media, written by a former Ferrari F1 press officer, claimed that some team members refused to attend the podium ceremony or the team photo at Silverstone due to their frustration over Leclerc’s defeat.

Asked by Autosport about the report on Saturday in Austria, Binotto confirmed it was untrue, revealing he had checked with the team to verify it had not happened.

“That was not true,” Binotto said.

“When I heard or I read it, [I was] surprised. What I did was to check, because you never know, maybe there is something that I missed. But I checked and that was not the case at all.

“[I’m] surprised and once again disappointed to read that sometimes, there are things that are written which do not correctly say what was happening.

“Yes, the team was not fully, fully happy at the time because we lost an opportunity after the safety car. But very happy for Carlos, who won his first race ever, in Silverstone he did a fantastic weekend starting from pole and then the race itself.

“The entire team was there cheering on Carlos. So, no issues there.” 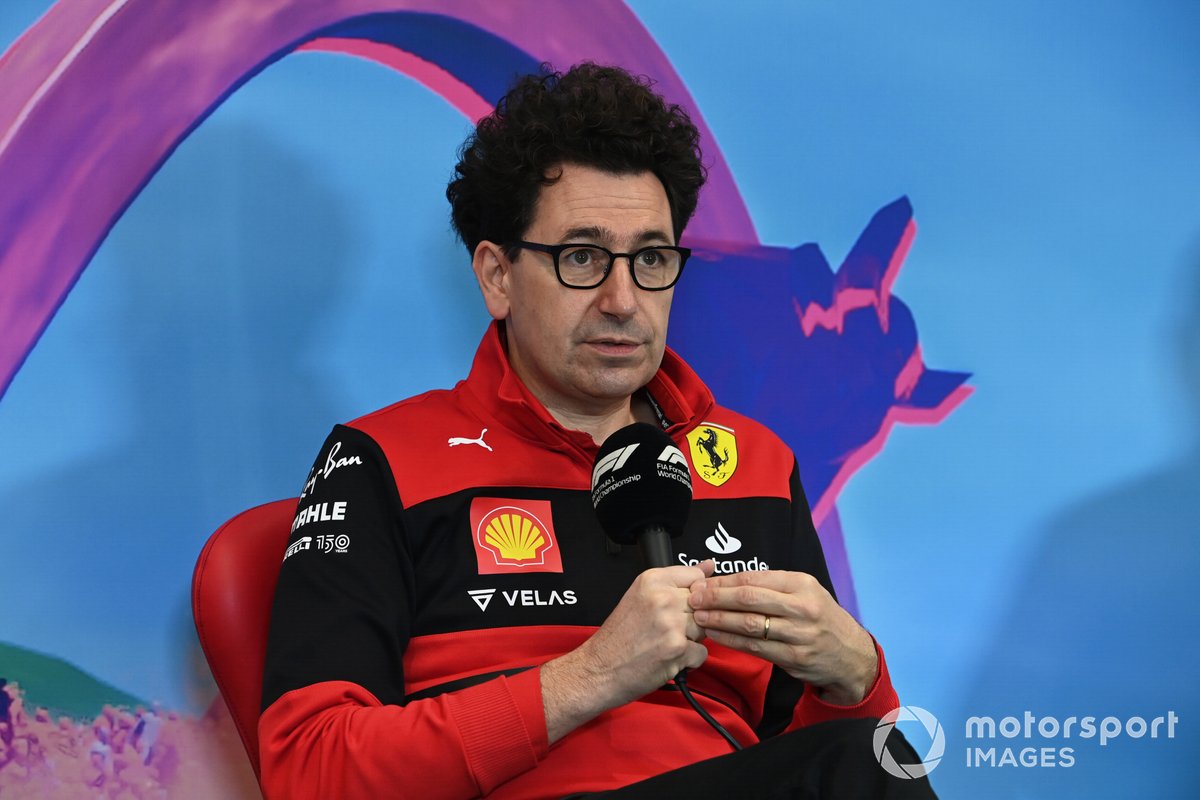 TV cameras picked up footage of Binotto talking to Leclerc straight after the race at Silverstone, in which he appeared to wag his finger at the Ferrari driver.

Leclerc revealed earlier this week that Binotto had flown to Monaco in the break before travelling to Austria to meet for dinner and talk further about the matter, but said it was “something that we usually do.”

Leclerc also denied any talk of rifts within Ferrari, saying the team was “extremely united.”

Binotto said that meeting in Monaco was “the best opportunity” to see Leclerc before going to Austria, and that they were laughing off the reports of division at Maranello.

“We had dinner, we were laughing together with what we are reading in the newspapers, because we knew it was completely wrong,” Binotto said.

“We were very happy to meet, to discuss, and try to move forward and try to be constructive on what can be the scenarios and the best chance for us to be strong on the following races.”

Leclerc said on Thursday that Binotto was initially “quite angry” upon seeing his mood after the Silverstone defeat, but that his team boss was understanding of his emotions.

“He proved once again at Silverstone how strong he is, and he did an amazing race, not only at the end after the safety car protecting the position as much as he could, but as well the way he drove with a damaged car the entire race distance.

“He should have a smile because he has been unlucky once again, but there will be races where he can prove he’s fantastic and he can win.”