As part of Liberty's F1 takeover, Ecclestone was given the title of chairman emeritus, with Chase Carey moving into his previous position as CEO.

While that reshuffle nominally keeps Ecclestone as part of the F1 family, he says Liberty wants to "move on".

"I can't do anything," Eccelstone said in an interview with the Mail on Sunday.

"Even the staff have been told they shouldn't talk to me.

"They want to get rid of the Bernie era: 'Let's get rid of Bernie's history'.

"They always say the same thing, they probably think it makes me happy but it doesn't: 'He has done a super job but we have to move on', and they may be right."

Ecclestone added he was surprised to be moved aside, after initially being told Liberty would want him to stay on as CEO for the early part of its reign.

"Was I annoyed when Liberty asked me to step down? No - the way I look at it, if somebody buys a car, they want to drive it," he said.

"I was a little disappointed because I was asked before they took over, would I stay here for three years if they took over and I said, provided I was fit and competent, yes, I would. 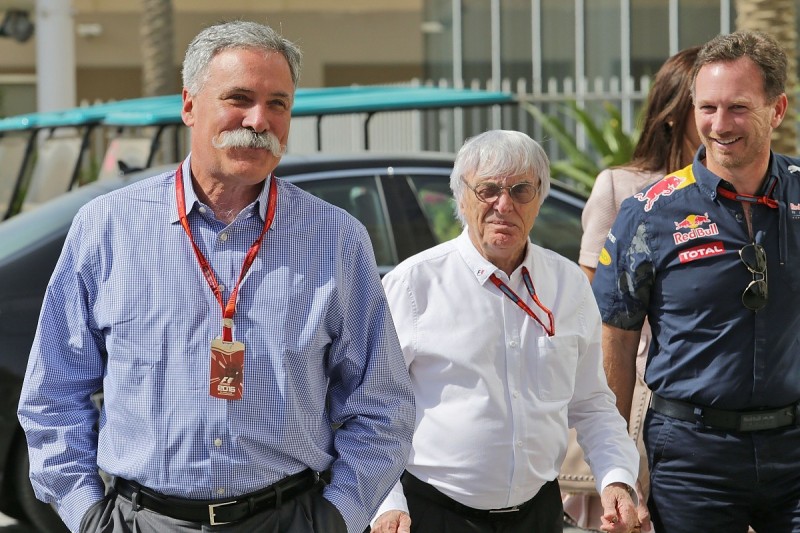 "So I was a bit surprised the day after they completed the deal that I was asked to stand down because Chase wanted to be chief executive.

"Chase did that face to face."

While Ecclestone was often accused of being more interested in generating money for F1 than boosting its profile or long-term health, he said he is envious of the fact that Carey will be able to take a different approach.

"I've been trying to run the business as a chief executive of the company to make profits for the shareholders," he said.

"I knew [previous owner] CVC wanted to sell the company - I was doing all I could to make sure the company was set up to make good profits in order that they could sell.

"They let me run things the way I thought they should be run.

"I'm terribly envious of Chase because he is in the lovely position of being able to do a lot of things I wanted to do and couldn't."