Ben Sulayem took over at the helm of motor racing’s governing body at the end of last year, just weeks after the controversial finish to the 2021 F1 world title battle in Abu Dhabi.

Since then, the governing body has found itself in the firing line over a number of issues, including its report in to the events of Abu Dhabi, the consistency of race stewards’ decisions, F1’s jewellery ban, plus the handling of the safety car in Monza and the presence of a crane on track in Japan.

The issues have led to a widely accepted view that relations between Formula One Management and Ben Sulayem have been strained – with things reaching a critical point earlier this year when the FIA stalled on approving plans for six sprint races in 2023.

But Ben Sulayem has rubbished such talk, and says that he and F1 CEO Stefano Domenicali work well together.

Asked about suggestions of there being friction, Ben Sulayem said: “It's a bit difficult for me to understand: where does this come from?

“I'll tell you, my relationship with FOM. First of all, I speak to Stefano I think every two days. If I don't [call him] he calls, and this is the way. Even before any meeting or before any decisions. It's a marriage. This marriage is going to last, and strongly.” 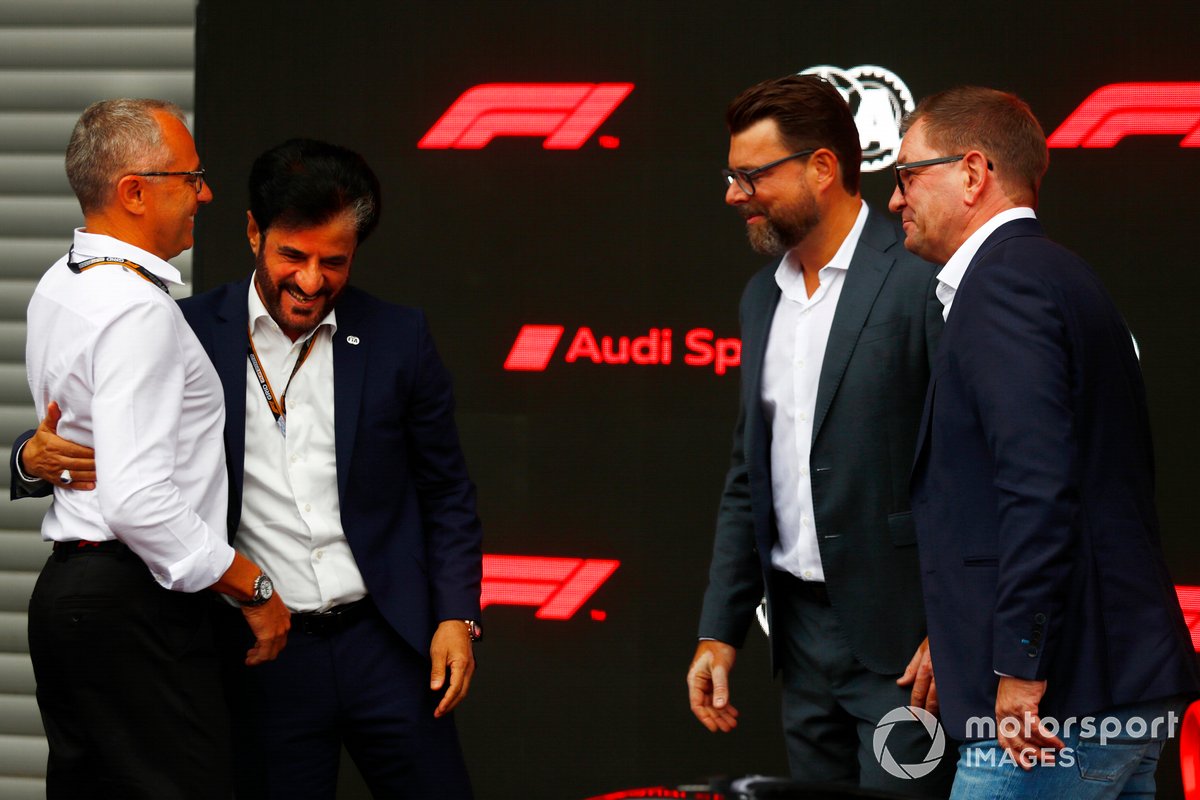 Ben Sulayem reckons that the sprint race delay, which triggered accusations of ‘greed’ from the FIA in chasing more money for hosting the events, was the catalyst for the idea of trouble between himself and FOM.

But he is adamant that there was nothing nefarious behind the delay, beyond him wanting to check that the FIA personnel on track had the capabilities to successfully police extra sprints.

“People assumed that when I said about the [extra] three sprint races, that there is a split,” he said.

“I was not surprised, but I laughed at it, because we are talking about a split. I can't see a split.

“That's where it started, on the 25th of April, in the F1 Commission, when suddenly they said, ‘okay, we need three [extra] races’. I said, ‘fine, but then I have to go back to my team and see if there is an extra load or something.’

“Suddenly everybody said [there was] a split and I had about six phone calls saying, ‘okay, what's going on?’

“But we approved it. We studied it and went back. I checked with all of my team in the field, because people don't understand sometimes the pressure that goes into the staff and officials of the FIA.”

He added: “I am in a very good relationship, in a professional and personal relationship. It can't be better. Okay if we improve it, it will be. But I can't complain now. I can see it's 100%.”

Ben Sulayem did not deny that there were times when things were not perfect between himself and Domenicali, but he reckoned there is no underlying issue.

“You can have a problem when you have parts of your body that go wrong, but it doesn't mean we are in a bad relationship,” he said.

“Questions are there. Inquiries are there, but definitely the relationship has never been better. Why? Because my interest in the sport is strong.

“I listen to him, he listens to me, and we both know that this marriage has to be only sustainable and go further. And honestly, it's [going] from strength to strength. It's very clear.”