The Force India driver was the only man in Q3 not to attempt a lap on slicks - with his early run on intermediates handing him a slight track advantage.

But although holding the top spot for much of the session, he was forced to see his Red Bull and Mercedes rivals pip him at the end when the circuit dried out slightly.

Di Resta admitted that he had briefly allowed himself to believe he could be on course for pole, but equally reckoned that his eventual fifth spot was better than he would have managed if he had not tried something different.

When asked by AUTOSPORT if he believed at any point that pole position could be his, di Resta said: "A small glimpse I suppose based on where the weather was.

"When I came in it was still raining, but unfortunately the shower caught me in the last sector when I was on my lap, and then it cleared the track. The intensity wasn't enough for what we thought.

"It was a ballsy decision and it was basically me who did it. The team said they wanted to go out on slicks like everybody else, but I said: 'no let's do something different. Look at the screens, people are putting umbrellas up.'

"When I got out there, the first sector I thought might be risky, but as soon as we got to sector three I knew the best chance I had to do anything was then.

"And to be fair, we had the best conditions and ended up P5. If we went out at the end, there was no way we would have been there." 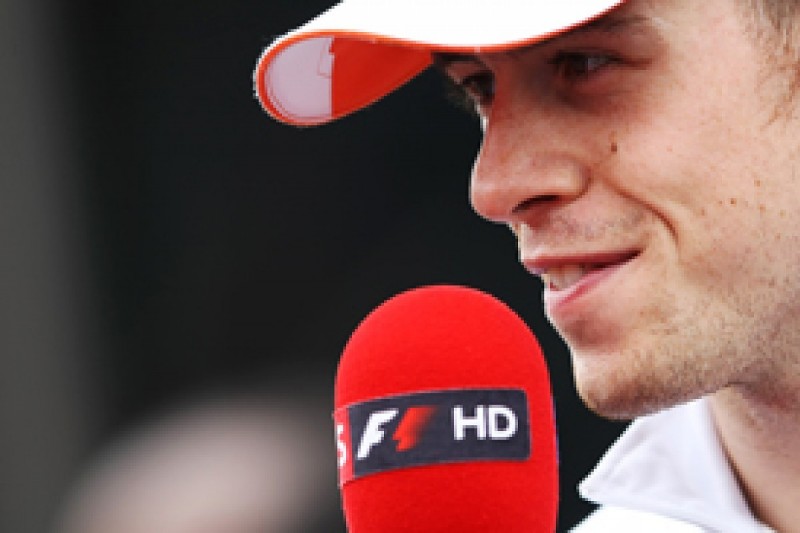 Di Resta reckoned that Force India's strong straightline speed at Spa - which is useful for the first and final sectors - meant he could set his sights on a good haul of points in the race.

However, he doubted he had the machinery to be able to think about moving up the order.

"I think it is unrealistic," he said. "It is more about staying in position and losing as little ground as possible.

"The car, four or five races ago, I would have said maybe think about that. But where we have been recently, you have to take it lap by lap and run it as best as you can."