The Briton claimed his best grid-spot of the season amid wildly fluctuating weather that produced a breathtaking, but unpredictable, end to qualifying.

Rather than credit the weather, however, Button believes sixth is representative of McLaren's true pace in Belgium, and is even optimistic he can achieve his target of fighting for the podium should it stay dry on Sunday.

"We deserve that position today, it's not like we gained it through luck," Button said.

"I think P6 for us today was good, it represents the pace of the car. It was well deserved.

"It's been a tricky weekend for us understanding the car [but] we were reasonably competitive, and reasonably quick in the dry - so I would prefer it if this was the case tomorrow.

"If it is dry a podium is possible - it'll be tricky, but not as tricky as it would be if it's wet." 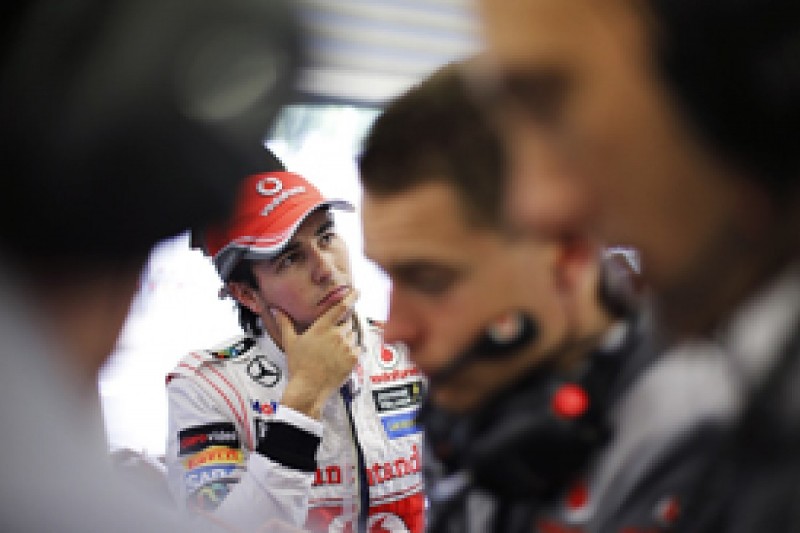 Team-mate Sergio Perez meanwhile lamented a 'frustrating' session, saying a poorly-timed run in Q2 was the chief reason he failed to make the cut and wound up 13th on the grid.

"It was very frustrating today. We went out at the wrong moment and got stuck in traffic," he said.

"I couldn't do my second-timed lap. We had a very good opportunity and we went out too late. It's a big shame."

Perez said the car's strong form did at least provide some comfort, adding: "In these conditions the car is very strong.

"If we have similar conditions tomorrow then I think I will be good in the race."