Ferrari is set to introduce a new front wing for its SF70H in the Bahrain Grand Prix, as it bids to keep the pressure on Mercedes at the top of Formula 1

Although the philosophy of Ferrari's front wing remains the same, several changes have been made.

The mainplane is now divided into three sections, with two full-length slots traversing it.

The outer section of the wing has been entirely revised, with the arc shape altered and pushed further from the endplate.

Mirroring these changes are further adaptations to the upper, outer sections of the wing, with a much more distinct, squared-tunnel shape appearing, much like the one used by Mercedes for some time now. 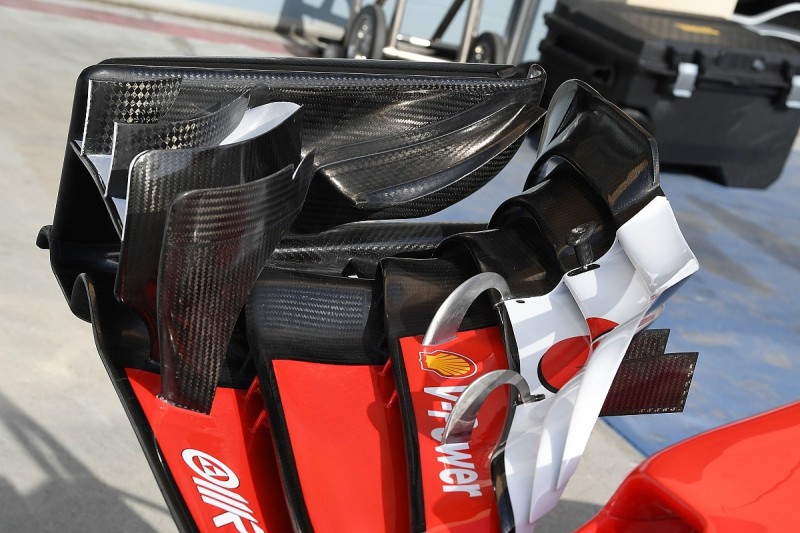 All of these changes point towards a more concerted effort to shape the airflow passing across and around the front face of the tyre.

The chord length and shape of the inner part of the flaps (painted in white) have been amended too, changing the level of downforce being generated.

Furthermore, the flap adjuster has been moved slightly inboard, making way for the more pronounced arch. 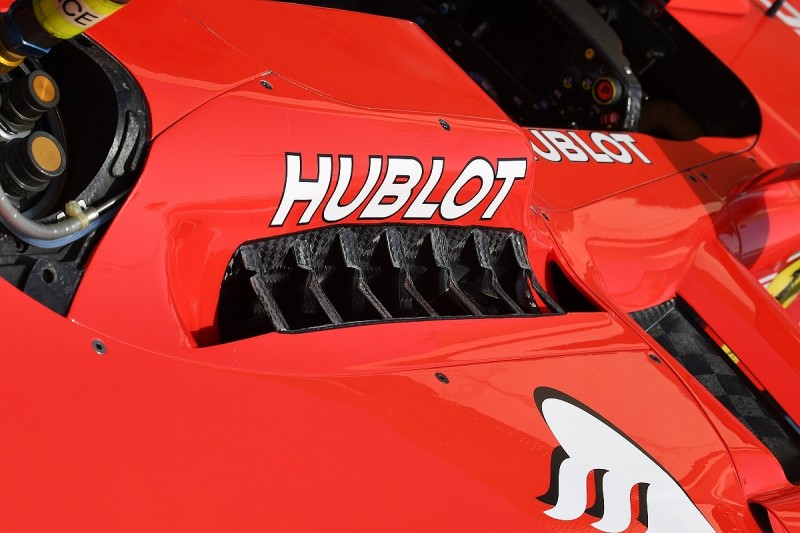 The increased temperatures in Bahrain have also prompted Ferrari to look at more expansive cooling options, with longer panels fitted for scrutineering on Thursday.

The designers are not satisfied with a simple louvre, though, as the V-shaped cutouts in each surface are a deliberate attempt at changing how the hot air is evacuated and mixes with the air that flows over the sidepod.