Sergio Perez set the pace for the second consecutive day, as Ferrari and Red Bull showed signs of improvement during the final pre-season Formula 1 test in Bahrain

The Mexican topped the timesheet with his first flying lap and a mid-day improvement running on soft Pirelli rubber meant he remained there for the rest of the session, as most teams switched attention to completing long runs.

Fernando Alonso wound up less than a tenth adrift in the Ferrari, also running on softs. He completed an impressive long run for the Scuderia in the afternoon and clocked the most laps of any driver on day two at the Sakhir circuit.

Daniel Ricciardo went third fastest for Red Bull. The Australian's best lap was less than two tenths slower than Perez's benchmark and easily the quickest by the RB10 since it landed in Bahrain.

Jenson Button clocked the fifth fastest time for McLaren, just two tenths adrift of Felipe Massa's Williams, but the 2009 world champion found his running limited when the car lost drive two and a half hours into the test.

That incident produced the second of four red flags across the day. Lewis Hamilton brought out the first when he put his Mercedes into the gravel with barely an hour of running completed.

The 2008 world champion managed 89 laps and the seventh fastest time, but had his day ended early by a gearbox problem on the W05 as reliability issues again struck the team that has generally led the way in testing so far. 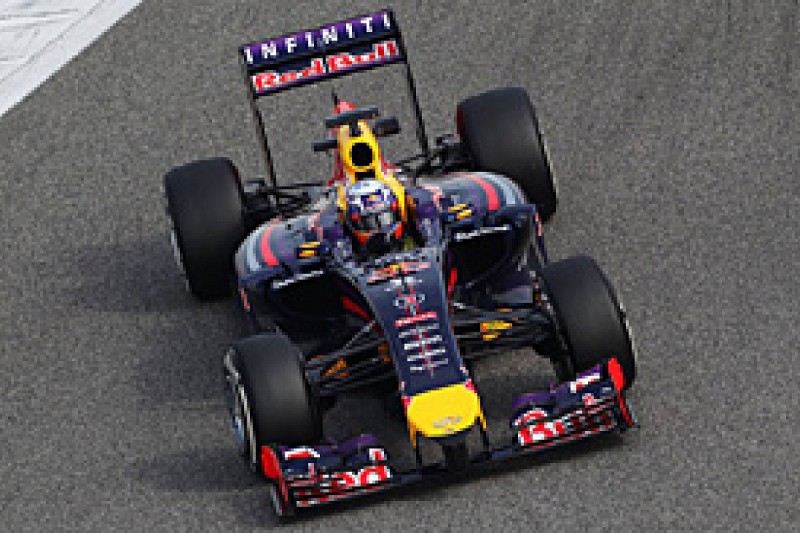 That put him ahead of Hamilton, Jean-Eric Vergne's Toro Rosso and Esteban Gutierrez's Sauber on the final time sheet.

Pastor Maldonado rounded out the top 10 after another difficult day for Lotus ended early.

The team suffered an exhaust problem on the E22 yesterday and the car caught fire with Maldonado at the wheel this afternoon, bringing out the day's third red flag and ending the Venezuelan's running after just 31 laps.

Fire also ended Marcus Ericsson's test prematurely. The Swede caused the final red flag of the day in the final hour when the Caterham stopped at Turn 4 covered in fire extinguisher foam.