The Williams Formula 1 team does not believe it was a genuine contender for victory in the Austrian Grand Prix, despite qualifying both cars on the front row of the grid

Felipe Massa and Valtteri Bottas started ahead of championship leader Nico Rosberg's Mercedes, but both drivers slipped back in Sunday's race as Rosberg led Lewis Hamilton home for Mercedes' sixth one-two finish of the season, despite cooling issues with both cars.

Williams's head of vehicle performance Rob Smedley told reporters after the race that Williams was managing its own car issues and had to adopt a conservative approach to ensure it finished third and fourth.

"I think we were beaten by a faster car and a better organised team, so hats off to them because they did a better job than us today," Smedley said.

"We were not without problems ourselves and had to manage systems on the car - brakes, tyres, and it was all about that, and about consolidating and making sure we got third and fourth, and we didn't do anything silly trying to race Mercedes and finish fifth or sixth, or worse."

Although Williams lost out to Mercedes at successive rounds of pitstops, after pitting later than its rival, Smedley does not believe Williams could have adopted a more aggressive strategy.

"I'm not sure we could have done it much differently to be honest," Smedley added.

"Mercedes had problems but I don't think they were running their full pace.

"If you react to their first pitstop there's every chance we wouldn't have got our cars to the end of the race, the tyre wear was that close, so I'm reasonably happy with what we did.

"We wouldn't be competitive people if we didn't feel a slight twinge of disappointment, but you've got to look at the positives." 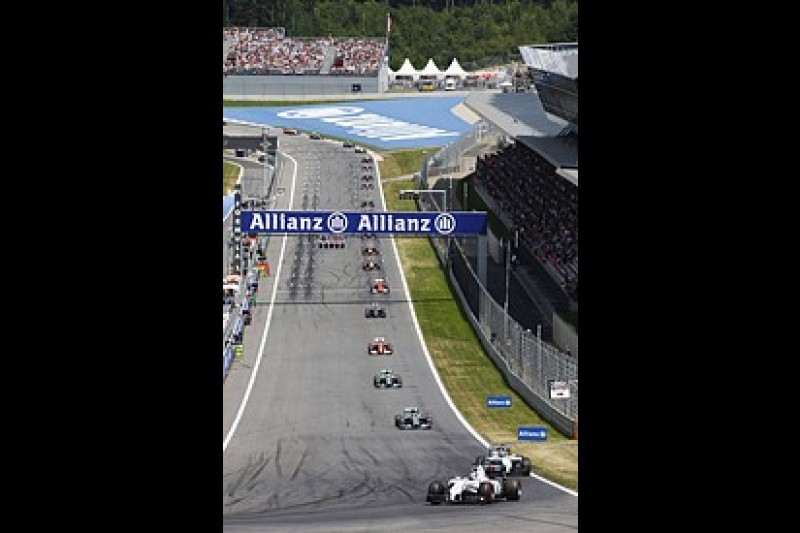 Massa fell to fourth by the flag despite leading to the first round of stops, but reckoned he was just unlucky with how his strategy played out.

"I don't think it was the late pitstop so much because Valtteri stopped after me and he passed me in the pitstops," Massa said.

"I think I was unlucky, because when I came back on the track I was behind one Mercedes and the other was very close behind with hot tyres and passed me easily.

"Then I lost a lot of time on the same lap with a car going slowly to the pits, and that was enough to lose the position [to Bottas].

"He was a bit more lucky than me. Normally when you stop before it's better, but I was not lucky and I did not have the 2.1s pitstop.

"But I'm still happy with the result and with what I did. Unfortunately it was not enough to be on the podium but it's a great result for the team."