Aston Martin is “working on” the start date for new Formula 1 technical director Dan Fallows after Red Bull claimed he would not be leaving for “a couple of years”.

Aston Martin announced plans to restructure its technical department on Thursday, revealing it was set to hire a technical director to work under chief technical officer Andrew Green.

The move came as part of the team’s continued growth and recruitment drive since its rebranding from Racing Point, with a view to fighting for world championships in five years’ time.

But before the team could make any announcement about its new technical director, Red Bull issued a statement on Friday revealing that head of aerodynamics Dan Fallows would be joining Aston Martin to fill the role at the end of his contract.

Fallows has worked for Red Bull since 2006, playing a part in all its race wins and world championship victories in F1.

Red Bull team principal Christian Horner was complimentary about Fallows’ contribution to the team, but revealed that his contractual situation meant he would not be joining Aston Martin “within the next couple of years”.

“We announced yesterday the restructuring, and we were going to announce Dan in due course, but we don’t control what Red Bull do,” Szafnauer said. 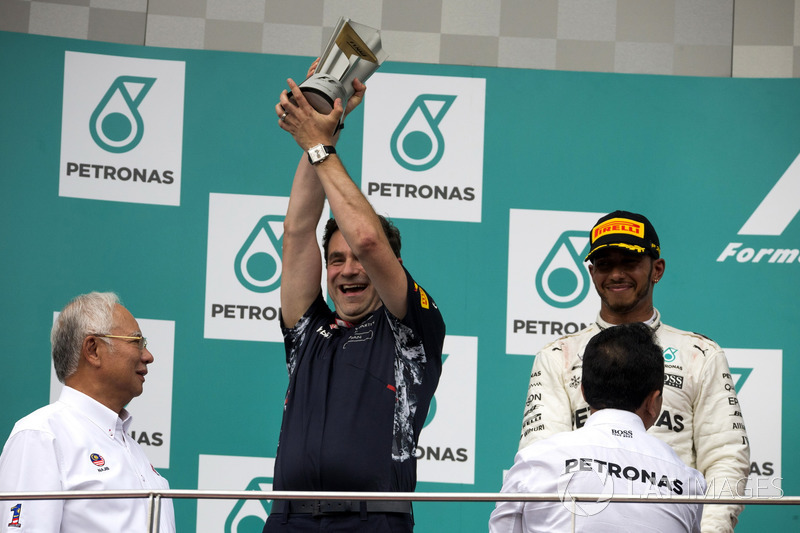 “So we look forward to Dan joining.”

Regarding Horner’s comment that Fallows would not be joining for a couple of years, Szafnauer said: “The start time, we’re still working on that.”

Fallows is set to be part of a three-man team that directly reports to Green, working alongside performance director Tom McCullough and Alfa Romeo chief designer Luca Furbatto, who will become Aston Martin’s engineering director before the 2022 season.

Szafnauer had no concerns about the wait to secure Fallows, saying the deal was “100% signed, sealed, delivered” and that it was “just a matter of the timing”.

“It’s a marathon, it’s not a sprint,” Szafnauer said.

“I think the important thing is that we get the right people. You’d rather have the right people in your team as opposed to getting someone very quickly but it doesn't work out.

“So the process is to identify like-minded individuals that are high performing and get them into the team. If we have to wait a little bit, that’s the process.”