The Aston Martin Formula 1 team will have no problems dealing with Fernando Alonso as long as it is open and honest with him, reckons new ambassador Pedro de la Rosa.

As well as helping out with media and marketing commitments, he will also be getting involved in the team’s young driver development programme.

The Spaniard’s new position comes ahead of the arrival of compatriot Alonso next year, who is joining as the replacement for the retiring Sebastian Vettel.

Although Alonso has a reputation for being a tough taskmaster and difficult to handle at times, de la Rosa thinks the situation is not as complicated as some have suggested.

Having worked with Alonso during spells together at McLaren and Ferrari, de la Rosa says the veteran’s attitude is fuelled by a competitive spirit.

Asked by Autosport about what his advice would be for Aston Martin on how it treats Alonso, de la Rosa said: “I don't think that Fernando is a difficult guy to handle. He's just very genuine, very honest.

“The fact that English is not his native tongue sometimes make him a bit harsh when he tries to describe things. But he's very honest. And what he tells you is what he feels about the car, about the team, about how to be competitive.

“So as long as you always tell him exactly what's going on, and what is the truth, you will never have a problem with him.

“But the moment you try to hide information or he feels that you are trying to keep some information aside, you will have problems.

“He is just a very competitive individual. That's the reality. If you are as competitive as him, you won't have any problem with Fernando.” 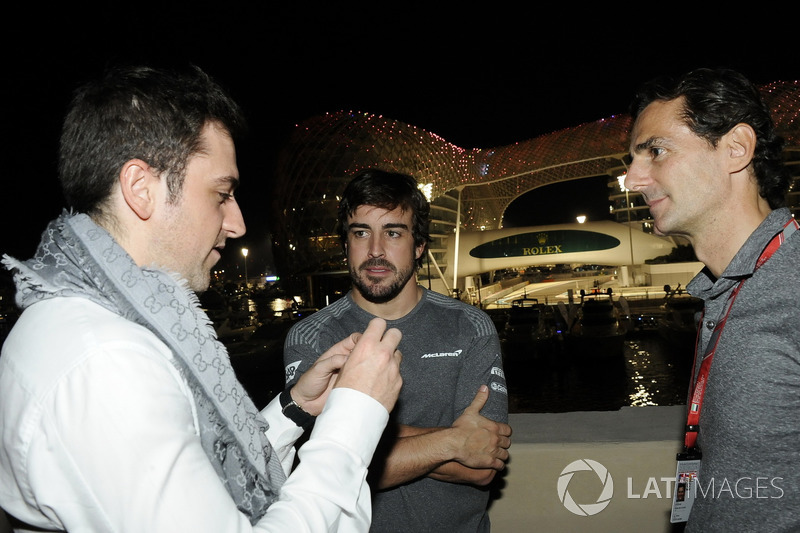 De la Rosa has no doubts that Alonso will deliver all that is expected of him, because he is convinced about the commitment the current Alpine driver has to succeed in F1.

“I've always said that there are possibly three drivers that are special in F1, and I won’t say which names, but Fernando has always been there.

“I've always said that Fernando is one of the best drivers in the history of F1, and when I said this a few years ago, everyone thought I was crazy.

“But I'm still crazy because I think he's unique, and he's fully motivated: which is also a very, very, very important detail in the life of a F1 driver, especially when you get to 40 years old.

“I've been there with 40 as well. So I know a bit. That's why I think Fernando arrives in the best of his talent and his peak of performance.”

While de la Rosa has held close previous to Alonso, he says his new role is not aimed at him being a conduit between the driver and team management.

“I'm joining as a team ambassador, and there's no plan so far to act as a liaison between the team and Fernando or any other driver: Lance [Stroll] or Felipe [Drugovich] or whoever.

“The biggest difference in this role [compared to when I was driving] is that I'm not going to be involved in the technical aspects or any decisions like that. That is not part of the plan.

“I honestly don't know as to where my role will evolve in the future. This is the first chapter of hopefully a very, very big book, full of chapters and interesting chapters.”

How to be an ace engineer: Engine builder Richard Langford