Aston Martin Formula 1 boss Mike Krack says that Sebastian Vettel is still thinking about improvements for next year’s car, despite his impending retirement.

Vettel announced at the Hungarian GP that he will leave F1 at the end of the 2022 season, and the team moved quickly to replace him with Fernando Alonso.

Although he won’t reap any benefit personally, Vettel is still keen to help the team progress after a difficult season with the AMR22.

“And that is there where you see also how professional he is and how committed he still is. Actually, in the debrief he said something today, ‘For next year's car, please, think about that.’ So he's fully on it.”

Krack says there is no sign of Vettel easing back on or off track, citing his feisty drive to eighth place at Spa as an example. 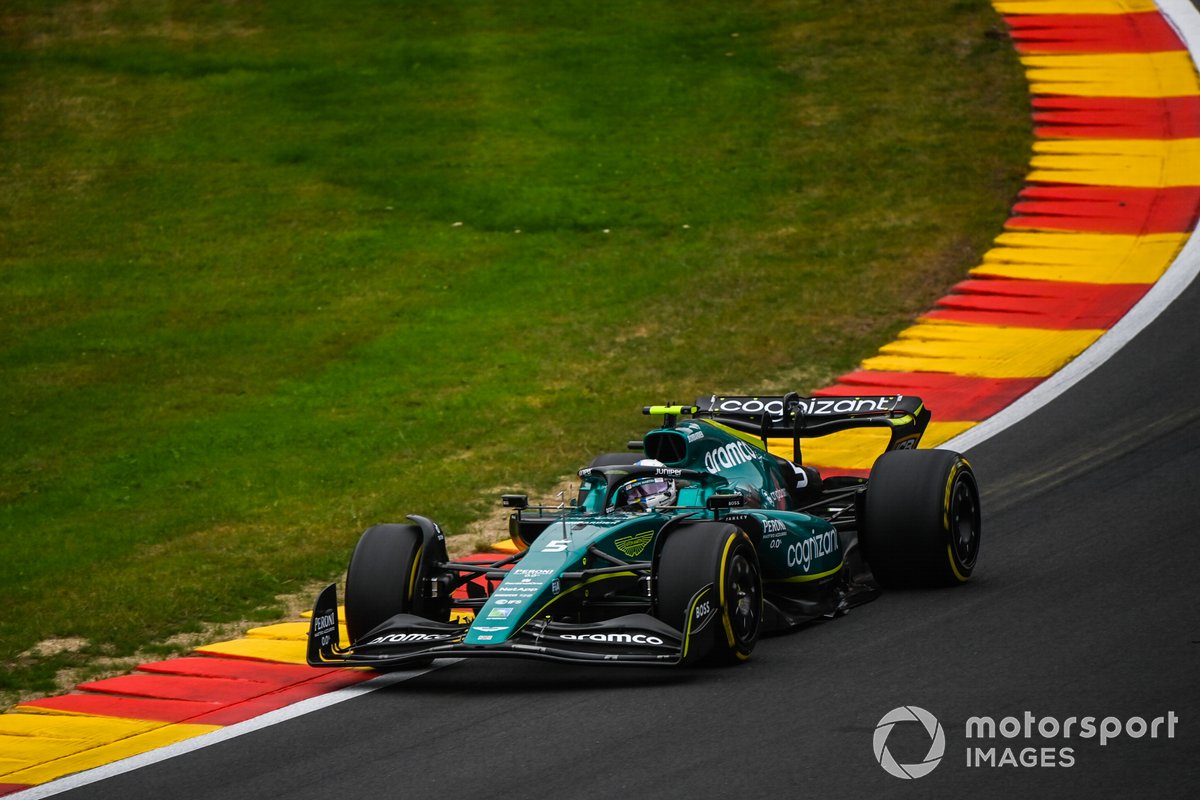 When announcing his retirement Vettel admitted that he had been distracted by thoughts about his future, but Krack played down any suggestion that the German now has a more relaxed approach.

“No, not at all. That is the interesting bit. And I had a long conversation with him also on Thursday, to speak a little bit about how he's feeling about it and all that. And he does not really want to hear the word 'farewell'.

“I saw a flag with 'Thank you, Sebastian', and was asked is this the farewell tour now. And it's not at all. We do not see it as a [farewell]. We will do a little farewell at the end of the season, but until then we will give it everything, because we still have a bit of gap to close to some constructors ahead. And we really cannot finish in the position we are in now.

“I think it is more going out to the airport, sitting in the planes, where maybe he thinks more about the family and stuff like that. But I think when he's in the car he's fully focused."

Krack said there had been no discussion with Vettel about him taking a future ambassadorial role with Aston Martin.

“We haven't spoken about it, to be honest. Also, because the announcement came just before the shutdown. And I think we have to also to let him time to think about it.

"He needs to make plans. And I think, probably before he does something else, he will want to have a bit of time off also. So we have not spoken about it.”