The Silverstone-based team thinks that the changes made to the regulations for this season to cut downforce have unfairly penalised teams that run low rake cars.

It, along with Mercedes, believes that the cuts to the floor, diffuser and brake ducts have cost the low rake teams one second per lap of performance compared to high rake rivals.

The outfits are unable to change rake concept to recover their losses because of strict homologation rules that limit upgrades to major car parts this year.

Aston Martin team principal Otmar Szafnauer has expressed some unease about the way in which the new rules were brought in by the FIA, with two key issues understood to be at stake here.

The first is whether or not it was right for the FIA to push the floor changes through on safety grounds, with F1 tyre supplier Pirelli making more robust rubber for this season that will have better coped with higher downforce levels anyway. 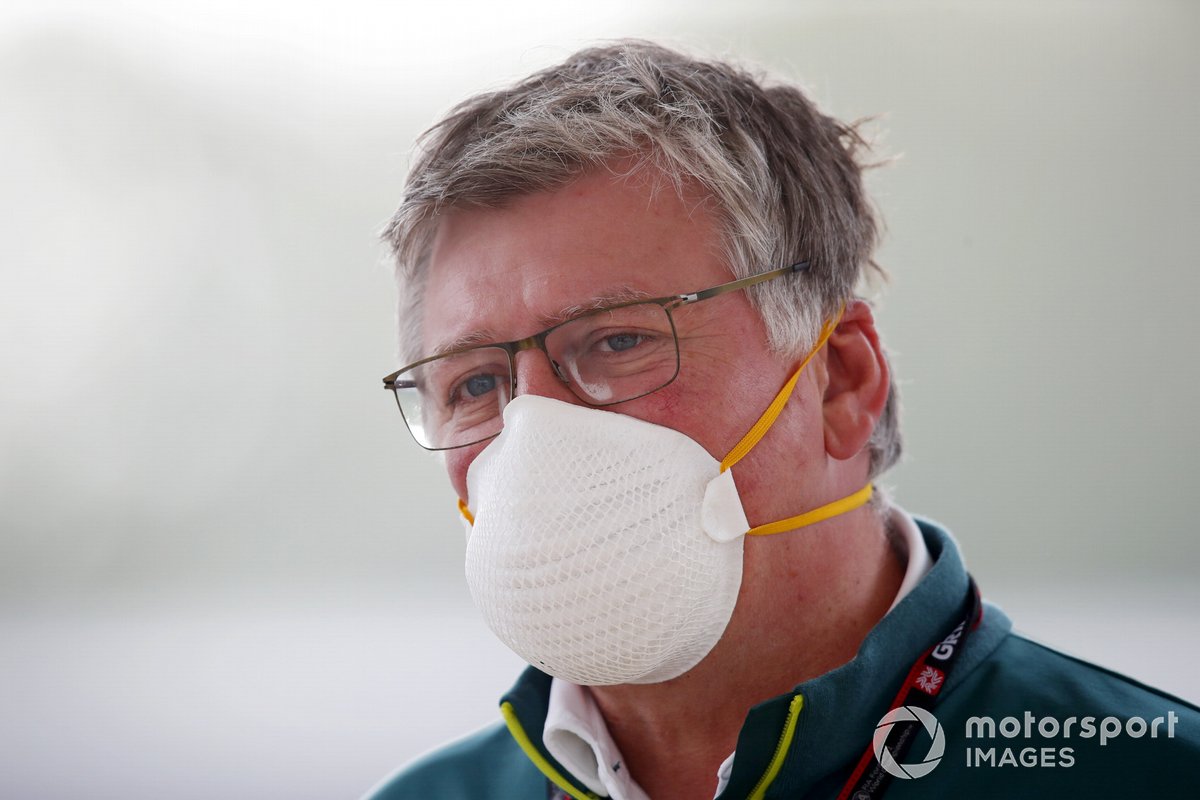 Furthermore, there are questions about whether it was right that the F1 organisation, as the commercial rights holder, should have been involved in the process of changing rules for safety.

Szafnauer is clear that, on what was a safety matter, the entire process should have been decided solely by the FIA and not be influenced by outside parties.

“The regulation change that was made for safety reasons, that kind of governance rests solely with the FIA,” he said.

Pushed on the influence that F1 officials had in proposing the eventual changes, Szafnauer said: “Like I said, I think that type of regulation change rests solely with the FIA. They’re the experts.”

Szafnauer said he planned talks with the FIA and hoped the governing body would be able to respond in a way that helped make things fairer for the low rake teams.

“I think the right thing to do is to have the discussions with the FIA, and find out exactly what happened and why. Then we can see if there is something that can be done to make it more equitable.

“I think that’s the right thing to do. We as a team have to work hard to try and claw back everything we can. But at the same time, we should be having the discussions with the FIA to make it a bit more equitable.”

Szafnauer did not rule out taking legal action in the future if a compromise solution was not found.

“I think we get to that point after the discussions,” he said. “It’s hard to predict. I think the right thing to do is to see what can be done.”

Mercedes boss Toto Wolff, whose team has also been impacted by the changes, did not wish to get drawn into the debate right now.

“I think this is a tricky subject, because you need to have the full picture before making any comment,” he added to Sky.

“At that stage, I don’t think it would be right to point the finger at someone or somebody. So I’d rather not talk about it for the time being.”

Responding to Szafnauer's comments, Red Bull boss Christian Horner said that Aston would be "a little naive" to expect tweaks to the rules to even out the impact on varying car concepts.