As part of the huge package of aerodynamic changes, the team had to make decisions on cooling several weeks ago, and it was caught out in part by unexpectedly high temperatures in Barcelona this weekend.

In such circumstances, teams are obliged to 'open up' their cars and create extra cooling capacity, which in turn generates drag and impacts straightline speed.

After a promising initial run on Friday, Sebastian Vettel and Lance Stroll qualified 16th and 18th respectively on Saturday, and their chances of making progress in Sunday's race have obviously been compromised by the extra drag.

Green said that the new package shows promise but conceded that the team still has to understand it.

"There's a lot of optimisation in this car that we need to do," he said when asked about progress by Autosport.

"It's a completely different car, it needs a run around all the set-ups to see where the sweet spot is.

"I think the temperatures really caught us out this weekend. We had to make a decision obviously on the cooling package for this car a month or so ago.

"And we didn't bring enough, to be honest. So that didn't help. It's a compromise for the race. 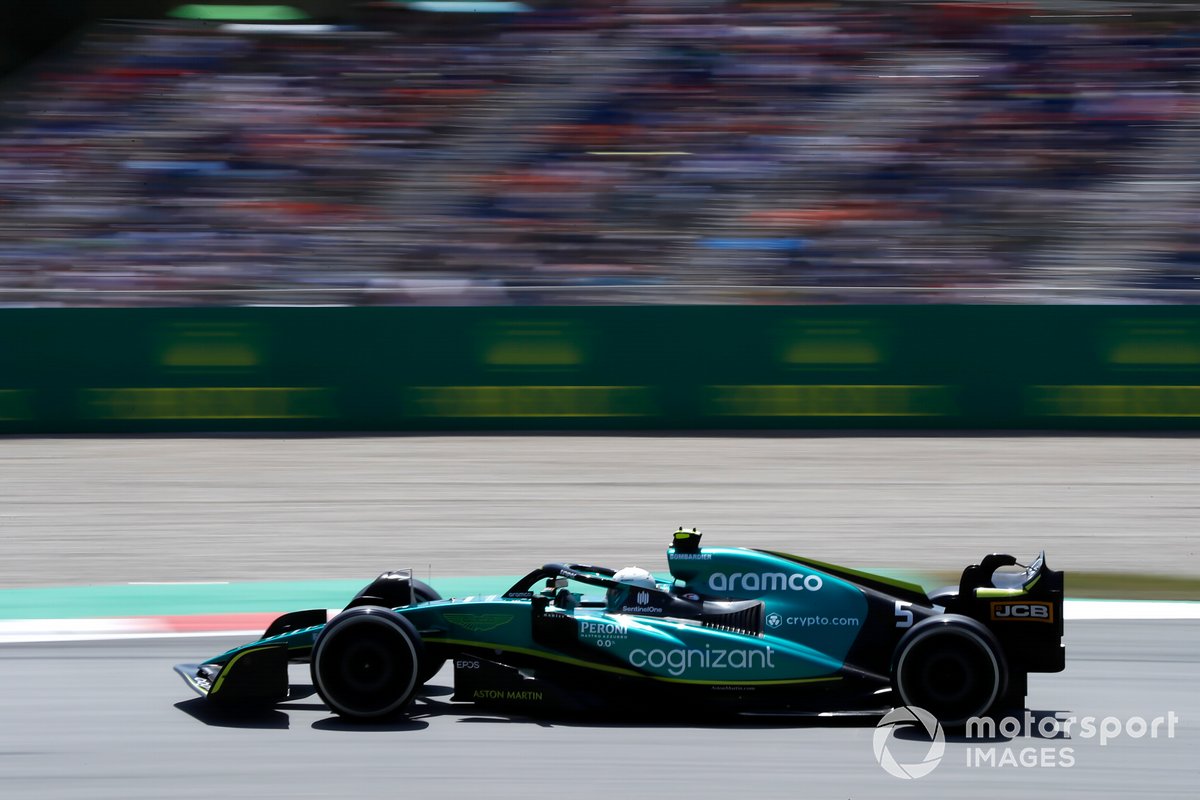 "For sure, it didn't show its potential. It was much closer to its potential yesterday. And we lost our way a little bit, which can happen when you've got a brand new car. Yesterday was the first day of running, really."

Green explained that Vettel and Stroll struggled with handling issues in qualifying.

"They both suffered with significant oversteer," he said. "Once you get oversteer at this track, not only does it hurt your sectors one and two, by the time you get to sector three, the rear tyres are finished, so sector three suffers as well. So all-in-all, we could have done a lot better."

Green suggested that the revised AMR22 should be considered a "launch car" given that so much is new.

"We've just got to start extracting that performance and start developing it, really."

Five F1 Spanish GP updates you may have missed