The British manufacturer was "encouraged" by the direction of the 2021 engine plans that were unveiled by F1 in October.

There has been a backlash from F1's established manufacturers, with Mercedes, Renault and Ferrari all raising doubts about the intended new direction.

While Aston Martin can understand that approach, it has also made clear that it would go about an F1 programme differently to the marques currently involved.

"We are acutely conscious that the current incumbents will try to bring the sport towards whatever they have right now," Aston Martin president and CEO Andy Palmer told Autosport.

"I would if I was in their shoes too. We stick out there as the disruptor, which I like.

"If we do an engine, we won't do it by ourselves. We'll start now to look for partners.

"We are starting that study now in parallel to the machination of the regulations." 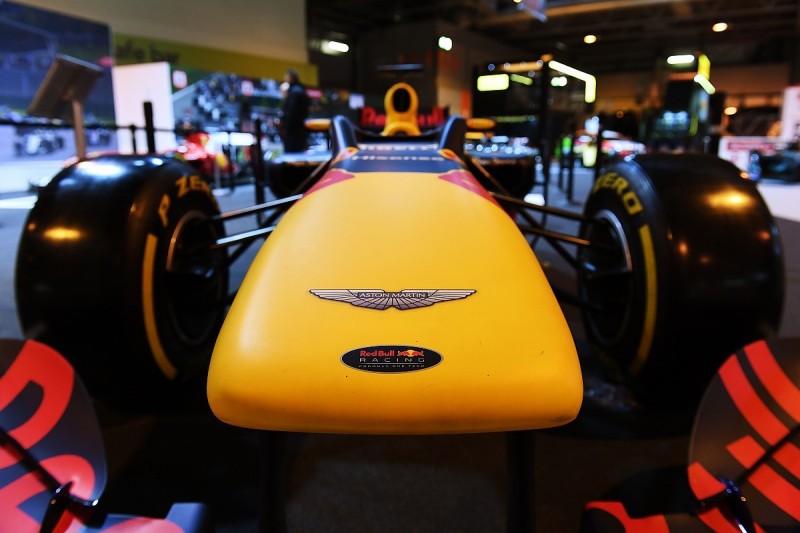 Key to Aston committing to F1 is a promise that the costs of producing and subsequently developing the engine are brought down - and Palmer feels there is still some way to go.

"We put a letter together which we submitted to the FIA and Liberty saying 'this is what we think' from a potential independent manufacturer's point of view," he said.

"The main point of our position was to try and standardise the bottom end so an independent manufacturer can buy from other people.

"There's no competition around that bottom end. Let's get rid of the heat recovery on the turbocharger. That's got hundreds of people working on something that is not so relevant.

"On the other side of our submission was to limit the development cost, which is mainly around limiting dyno hours in the same way we do on the chassis [development].

"That hasn't been addressed yet. What has come out is a good reflection on what we asked for so that's encouraging.

"It means we're still interested in pursuing it. We're not a huge company.

"We have to spend our money carefully, which means that limitation of dyno areas is going to be a key next step.

"We've got a year as I understand it to mature the regulations."

While Palmer has stabilised Aston's financial position in recent years, searching for additional investment is on his agenda.

"We're not the company we were three years ago so we're not cash-strapped but it's not limitless," he said.

"I see a way of funding it if it falls into the criteria that we have set down as being acceptable. I still have to take my board through it.

"We understand what we're getting into. I'm a powertrain engineer originally and we have two highly professional F1 engineers, we have Red Bull behind us."