Following the terrorist attacks in New York on 11 September 2001, an already unsettled Formula 1 paddock at Monza was thrown into further turmoil when it was suggested there be no overtaking on the first lap of the Italian Grand Prix. Autosport recapped the divisive issue in the September 20 2001 magazine issue

"I am glad this weekend is over. The most important thing is that nothing bad happened this afternoon."

One knew what he meant, of course, for as race time approached, increasingly the feeling was that something bad would happen, fostered as it was by a sense of near hysteria in some quarters of the paddock.

After the appalling carnage in the United States on 11 September, it was inevitable that the Monza weekend would be a sombre one, and so it should have been too. Racing folk may suffer from tunnel vision when it comes to their insular little world, but a catastrophe as absolute as this affected them no differently than anyone else. Like anyone with a grain of human sensibility, they were shocked, and they were sickened.

That being so, there was tension in the air from the very beginning of the meeting. When Ralf Schumacher showed up on Thursday afternoon, he said he felt it wrong that the Italian Grand Prix was being run, and stressed even more his conviction that the US GP at Indianapolis should be called off.

An hour later, his brother walked into the press room for a conference. Over the years I have seen Michael jubilant, emotional to the point of tears, relaxed, angry, but his face now was blank. He looked drained, and his voice was barely audible. As with his brother, it was evident he did not want to be at Monza, and later in the weekend it was murmured he had asked Ferrari to put test driver Luca Badoer in the car. 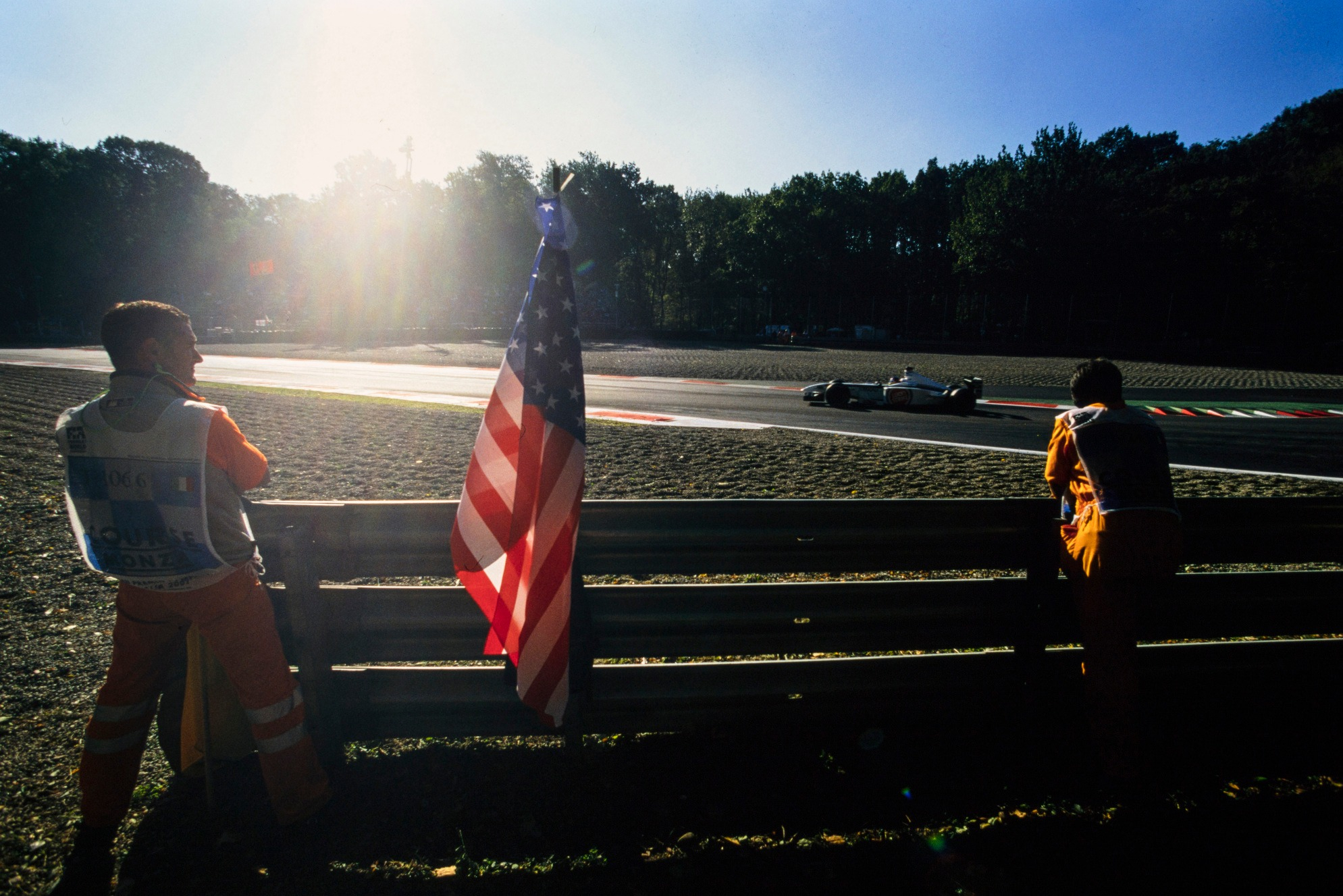 Another who might have wished to be elsewhere was Schumacher's great rival of recent years, Mika Hakkinen. It says everything about the underlying mood of the weekend that what would ordinarily have been a big story - Hakkinen's desire not to race in 2002, and his replacement at McLaren-Mercedes by Kimi Raikkonen - slipped from the mind within minutes of its announcement, only to surface again when Mika crashed in qualifying. There was great relief when he climbed unaided from his wrecked car.

It wasn't long after qualifying, though, that news of Alex Zanardi's dreadful accident at the Lausitzring swept through the paddock, and the effect of this on an already melancholy place was profound. Although Zanardi had been grievously injured in a CART race, at an oval, which had little to do with a grand prix, at a road circuit, his accident understandably served to stretch already taut nerve endings.

Some began to compare the atmosphere with that at Imola in 1994, when the disasters seemed without end, when Roland Ratzenberger and Ayrton Senna lost their lives. They worried about Schumacher's uncharacteristic behaviour, and suggested that perhaps he would be wise not to drive.

Michael may have some unattractive character traits when he is at the wheel, but he is a fundamentally decent man, and none doubted the depths of his compassion for the victims of the atrocities in America, and now for Alex Zanardi. Had he decided against driving in the race, I, for one, would not have criticised him - or any other driver who felt the same way.

Instead of that, though, he sought to persuade his fellows to join him in an agreement not to 'race' on the opening lap until after the second chicane. And there I utterly parted company with him.

It was true enough that, on the first lap of the 2000 Italian GP, there was a ghastly multiple accident at the second chicane, which resulted in the death of a fire marshal. Of course the drivers wished to avoid any possible repetition of such a thing, but surely race morning, 12 months on, was not the time to begin airing concerns about the circuit.

Just as I took it to be a joke when I first heard of the FIA's suggestion of brake lights on F1 cars, so, to be honest, my reaction was the same when word came in of this 'no overtaking' proposal for the first half-minute or so of the race. Jangled nerves seemed to have got the better of common sense. 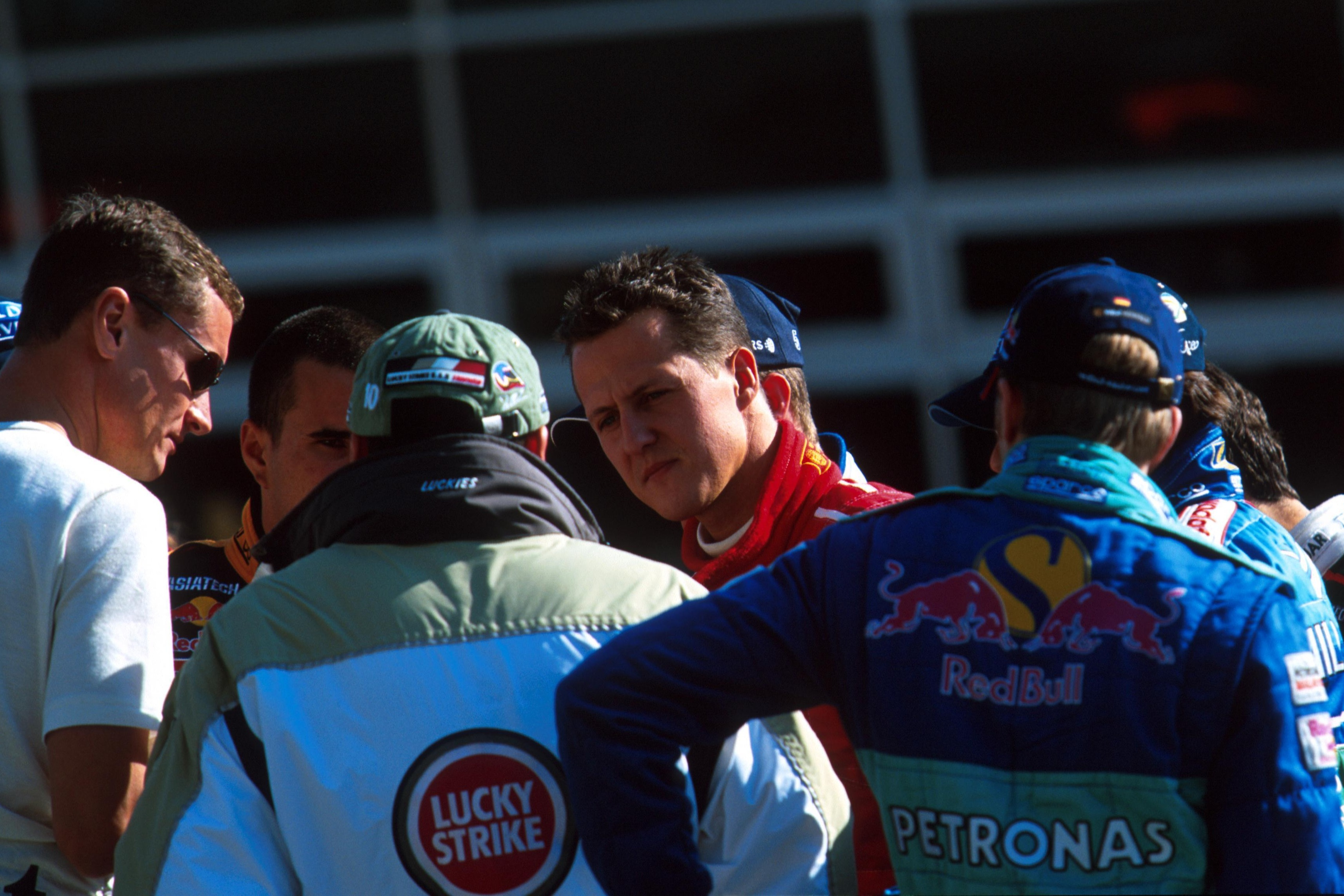 Schumacher attempted to corral the drivers into supporting his no passing motion, but met resistance from Villeneuve

How on earth, in the first place, was it to be achieved? When the drivers arrived, necessarily all of a piece, at these two chicanes, who was to decide the order in which they should proceed through them? Do I let him by? Is he letting me by? The whole thing sounded like an absolute recipe for an accident, for what it amounted to was asking the drivers to put their instincts temporarily on hold.

It was also demeaning, frankly, to the sport of grand prix racing, and that was offensive to Jacques Villeneuve, the only dissenter.

"We're race car drivers," he said to ITV. "We're all very happy to sign contracts at the beginning of the season, and to earn millions of dollars. We've known all year there was to be a race at Monza, and nobody complained - until Sunday morning, when the discussion started. What you have to think about is that there are people in the grandstands who've saved their money for six months to come to see a race..."

So far as the FIA officials were concerned, there was no question of official agreement to the 'no overtaking' plan: the race would be a normal race. Unable, thanks to JV, to raise unanimous support, the ringleaders reluctantly called the thing off and what we had was a first lap considerably safer than an orchestrated one might have been - even if Michael did begin an overtaking manoeuvre on his brother, with two wheels on the grass.

Bernie Ecclestone's opinion on the subject struck a chord with me. "The first two chicanes shouldn't be there in the first place. If they took them away, we wouldn't have this problem every time we come here..."

Against the odds, we had a fine grand prix at Monza, marked by the first of many wins for Juan Pablo Montoya. And nothing bad happened, as Michael observed. 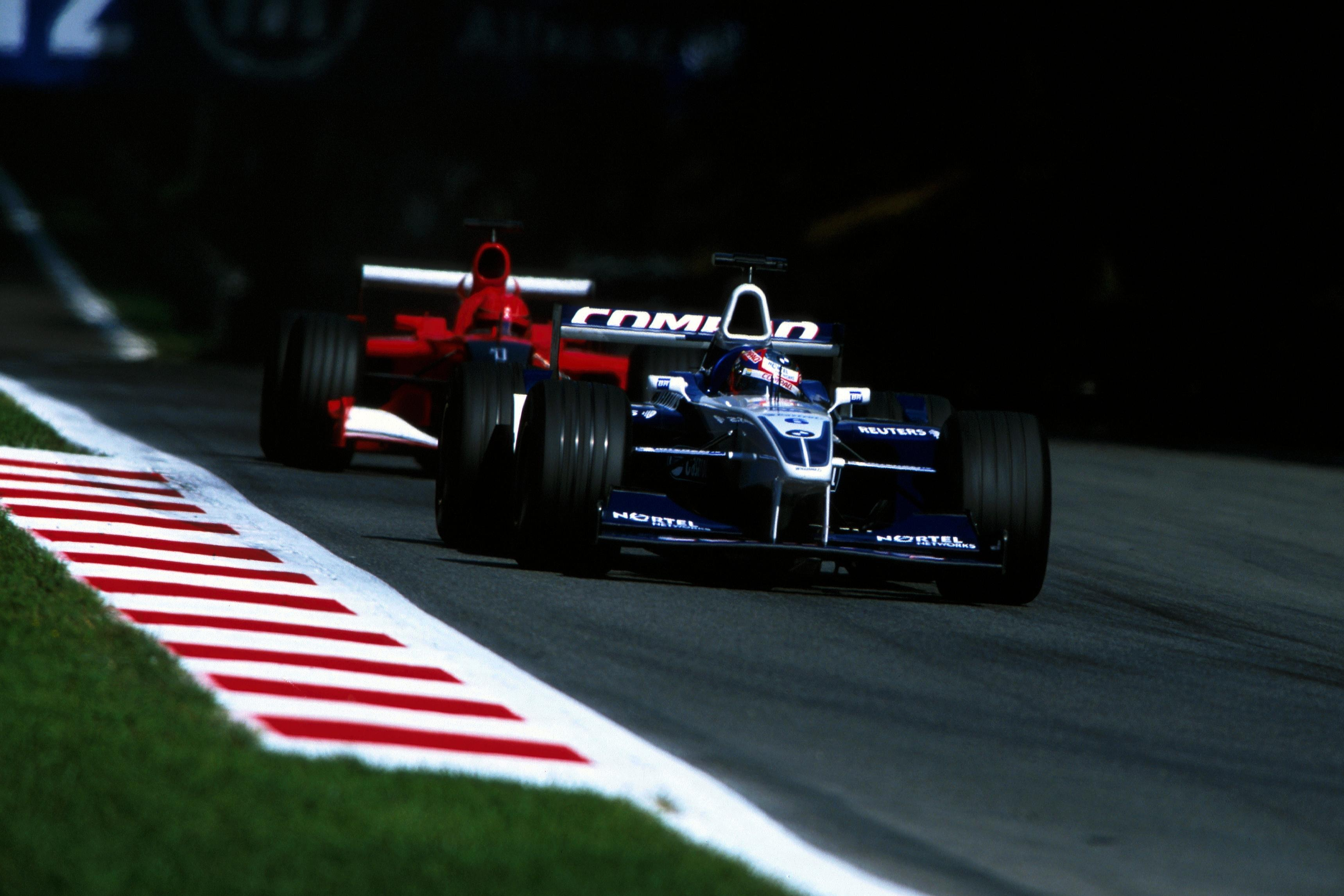 Archive: The flamboyant F1 ace who lost his best years at Ferrari