Ahead of the revival of Formula 1's Mexican Grand Prix, F1 Racing's associate editor JAMES ROBERTS was among selected media invited to check progress on the revised Mexico City circuit

The old circuit, reminiscent of Monza, lies in a public park close to the centre of the sprawling, vibrant capital of Mexico City.

It's expected the 110,000 capacity venue, accessible by two metro stations, will be a sell-out for the race in October.

The old pits had been demolished and construction had begun in earnest on the new facilities by our visit.

Not all of the track had been remodelled, but with 10 months before the race, there is plenty of time to throw more resources and personnel at the project.

Financed by private companies, plus money from the state and federal governments, an estimated $300million has been put into the redevelopment of the track - and with a five-year F1 deal, investors will be expecting a return on their spend. 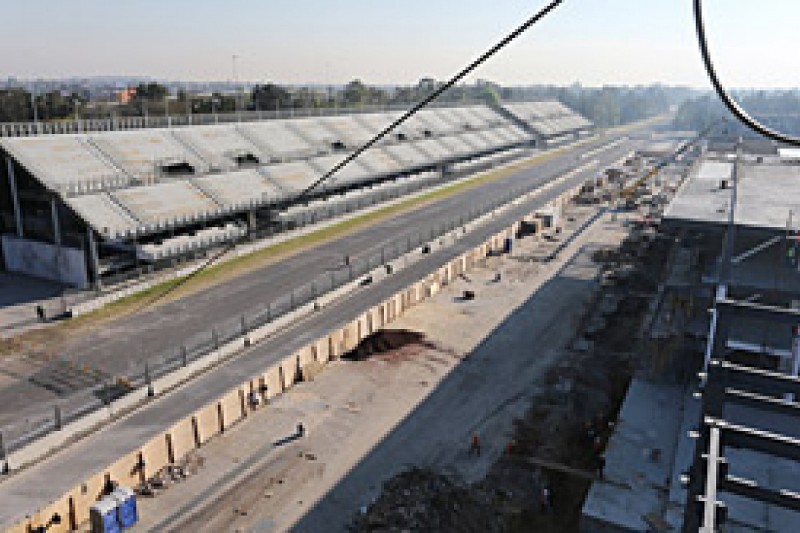 They surely will get that, given the interest and enthusiasm for a grand prix in this region - thanks largely to having a Mexican driver on the grid.

Sergio Perez's father, Antonio, said fans had queued since 5am to catch a glimpse of their "national hero" Checo that day.

Despite the changes to the old circuit, it feels right that F1 is returning to a circuit (and a country) that is steeped in motor racing history.

This isn't a bland Tilke-drome on the outskirts of a city where no one knows anything about the sport. This is a track surrounded by 21 million people who are in love with F1.

WHY PERALTADA IS NO MORE

The biggest challenge is to retain that old Monza-style magic with a facility that is acceptable to modern safety standards.

Many will mourn the loss of the fearsome final corner, Peraltada, but the buildings right behind the curve means there is zero run-off. The FIA would never allow a circuit to be signed off on safety with a hard concrete wall on the exit of a 300km/h (186mph) corner.

"The biggest question we get asked is 'why did you have to change it?'" says architect Tilke's on-site representative Christian Epp.

"The Peraltada corner has a lot of tradition and is historic and we tried every effort to keep it, but it's really impossible.

"The safety measures today would not allow us, the FIA would not accept it."

"There is so much construction on the exit of the corner, you wouldn't be able to create any run-off here. So that's the explanation of why this section doesn't work." 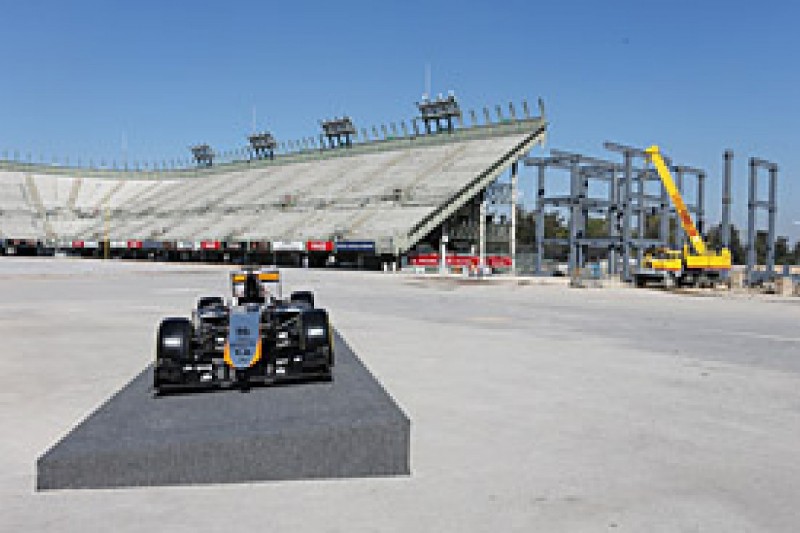 Instead the track will wind around the grandstands of a former baseball stadium (similar to the Champ Car circuit from the 2000s, but with a tighter curve to ensure they are in the stadium for longer).

Perez was overwhelmed at the thought of driving into this section with over 25,000 fans standing and cheering him on waving flags.

Epp added: "What we have done is created a stadium experience and I think that when you ask the drivers at the point they turn into this section, with 25,000 people in there, it will be a very emotional moment for them.

"Also we kept the Esses, but basically we flipped them around. You see in Turn 9 there was no run-off there.

"So we had to move the track to a position where we can create that run-off. In essence, we keep the old Esses, but we accommodate the track to new safety standards."

The circuit bosses have also retained the oval - from the Peraltada to halfway down the start/finish straight - for the local Mexican NASCAR series (of which Perez's brother Antonio is a champion) and that has its own headaches for the construction staff as it runs in the opposite direction to the grand prix circuit.

The return of the Mexican Grand Prix is long overdue, but with a new star in Perez, there is plenty of appetite for this race to be a success.

And with the colourful and wild Mexico City surrounding the track, F1 is going to love heading back to Mexico this autumn. 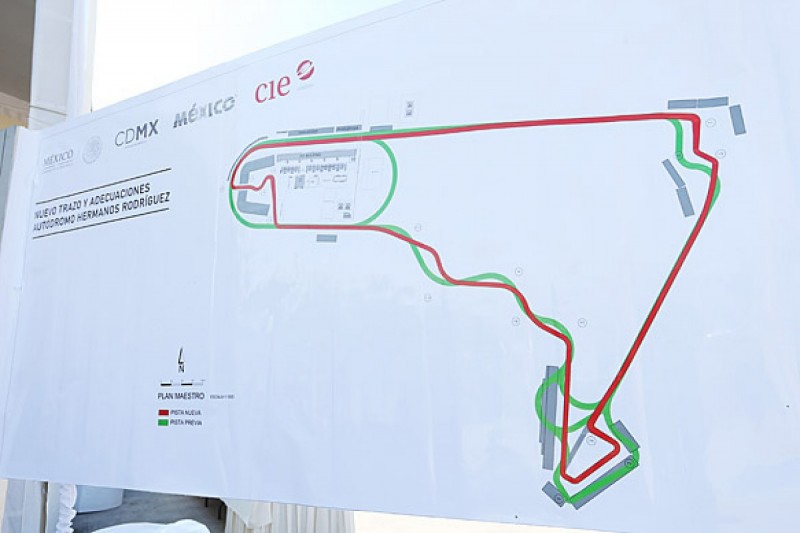