Analysis: The mood of change at Ferrari with an eye on F1 future

Ferrari president Sergio Marchionne and team boss Maurizio Arrivabene are all too aware that the easy bit, if you can call it that, has been achieved

The Scuderia returned to winning ways in 2015, after suffering its first winless season since 1993 the year before, and had emerged as Mercedes's closest challenger.

That is no mean feat. Just ask McLaren. The next step, to maintain their chase of pace-setters Mercedes and ultimately beat them, will be harder - a challenge Williams is currently wrestling with.

Earlier this week there was a sense that Marchionne and Arrivabene were all too aware of that, as there was a relatively sombre atmosphere at Ferrari's annual Christmas briefing.

It was a marked turnaround from 12 months previously when there was an overwhelming sense of change sweeping through the corridors of Maranello, amid a tweak of approach and personnel.

There was a feeling of bullishness and a firm commitment that things had to change.

This year, though, there was no fanfare of personnel changes, no bold targets set.

Goals had been achieved, the first step in the masterplan. Now it is about continuing on that path and achieving the next goal, which went without saying: to beat Mercedes.

Speaking to the assembled press, which was mostly Italian alongside a handful of German, Finnish, French and Chinese media and Autosport in the heart of Ferrari HQ, Marchionne made it clear he has "no excuses to give".

The duo were happy to talk - in fact they did so for nearly 90 minutes - but rather than set themselves up for a fall by setting ambitious targets, they spoke about how the team was simply focusing on working hard and the outcome of that work would then become clear in Melbourne.

Engine politics and the future of F1 dominated the conversation. Marchionne said it was improbable that Ferrari would leave F1, insisting "nobody would be interested in Formula 1 without Ferrari".

But he left the door wide open for such a scenario to happen as the battle between the manufacturers and the FIA and FOM over the future of F1, particularly engines, intensifies.

It also became clear there is a closer relationship with Mercedes and also Renault, as the three engine manufacturers appear to be aligning in the battle against the FIA and FOM over the future of F1's engine formula.

The signs were already there, of course. Though Mercedes asked for clarification of the rules governing aerodynamic restrictions, it insisted it was not the result of Ferrari's relationship with newcomer Haas, which included use of the Scuderia's windtunnel.

Similarly, Ferrari seemed unperturbed, clarifying that Mercedes had kept it in the loop with what it was clarifying.

And on Tuesday, Mercedes moved to make it clear it had no issue with Ferrari's conduct regarding an alleged data breach involving one of its engineers.

At Maranello, there was a lot of talk from Marchionne about how there is agreement between three of the engine manufacturers (interestingly Honda was not mentioned) on a way forward that essentially involves Bernie Ecclestone and Jean Todt taking more control while respecting the investment, commitment and input the manufacturers have given.

Marchionne spoke about offering solutions to the championship's problems, such as Ferrari itself developing a cost-effective unit, but reiterated that Ferrari operates as a business, it is due to launch on the Milan stock exchange shortly, and derided any changes which would put itself at financial risk.

Ferrari senses the importance of the next few months and years. Being a contender next season is, of course, a must.

But it has a battle on another front, one which focuses on ensuring its position in Formula 1 in the future and that it is able to challenge in the long-term.

There's no show. No fancy rhetoric. Instead Ferrari is standing firm, quietly going about its business and gathering allies. It'll be interesting to see how this tactic plays out. 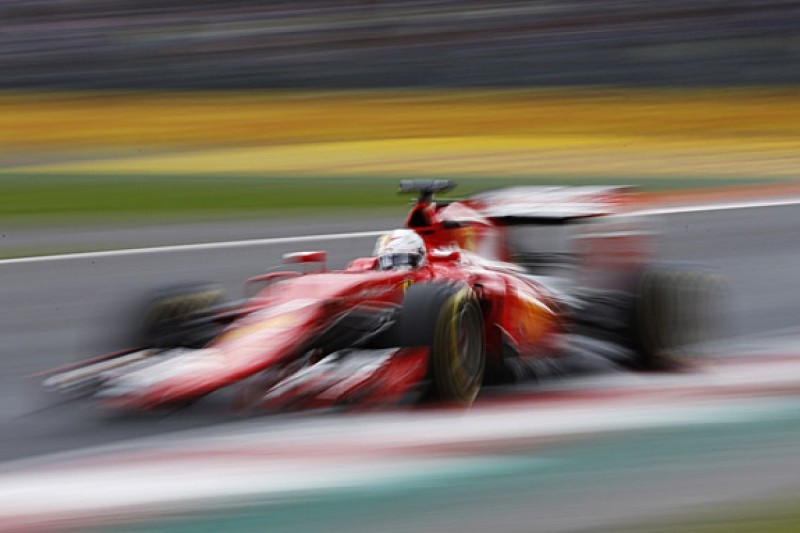