As he arrives at Spa, Hamilton will be under no illusion about the size of the points gap that he has to close down if he is to secure the drivers' championship.

But an analysis of the recent form shown by Hamilton and his Mercedes team should give him reason for optimism that such a task is possible, especially with Vettel's much closer rivals Kimi Raikkonen and Fernando Alonso having started to fall back.

Looking at the points scored over the last five races - a span that provides a good reference point for the overall form of each team and driver - it is no surprise to learn that Vettel is well placed to make a push to his fourth consecutive crown.

However, what is more intriguing is the way in which Raikkonen and Alonso have slipped away at the very time that they need to be hounding down their chief rival.

Raikkonen is only the sixth highest scoring driver in the last five races - having lost 34 points to Vettel. Alonso is one place ahead of him, having conceded 22 points.

The form guide for the leading drivers from the last five races, which runs from the Monaco Grand Prix to the last race in Hungary, is as follows:

With Red Bull and Mercedes drivers having locked out the top four positions in the form guide, the scores of the two teams shows how much they have dominated affairs recently.

Looking at the points scored over the same five-race period from Monaco, Red Bull has delivered almost as many points as Ferrari and Lotus combined:

Past form is no guarantee of future potential, and the form guide shows that Vettel is still pulling away from his rivals. 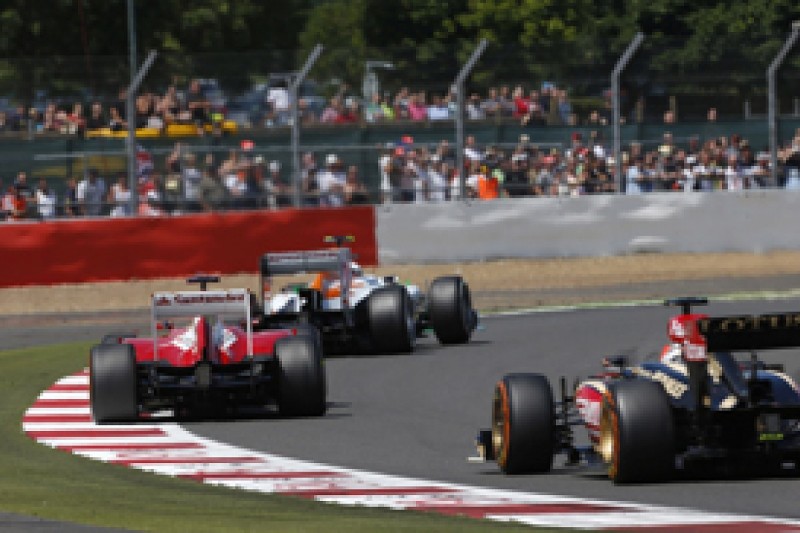 But if Hamilton can pull off victory at Spa-Francorchamps then it would move him to the head of the table in terms of points scored from the previous five races.

Even if Vettel finished right behind him, Hamilton would have 85 points to his name - two more than Vettel.

That state of affairs would certainly give Vettel serious food for thought about the extent of the Mercedes challenge, irrespective of whether or not Alonso or Raikkonen can rediscover their lost form.