Fernando Alonso thinks that Alpine's major step forward in the last two Formula 1 races is proof of genuine progress, even though it seems "too good to be true".

The Enstone-based outfit endured a difficult start to the season, as it struggled to make much of an impact in the midfield battle during the Bahrain and Emilia Romagna races.

But there was also caution about a leap forward it made in Portugal last weekend, amid concerns that its form there could have been flattered by the slow speed track characteristics and the low grip track surface.

But at Barcelona, a venue that proved to be one of its most difficult for the team last year, both its cars got through to Q3 and Alonso's teammate Esteban Ocon emerged with the fifth fastest time in qualifying.

Alonso is under no illusions that the fight in the midfield remains very close, but he thinks that what Alpine has shown in the last two events is a real picture of where the team now stacks up.

"I probably tend to believe that the McLaren and Ferrari, they are a little bit quicker," he said.

"At least in four races, they've been able to be more consistent in the pace.

"But it is true that we made a very big step in Portugal. We didn't know if it was track specific or if it was real. So it was very nice to confirm here in Barcelona that it was real and it was not only Portimao.

"I think the Alpine now is in the mix, with Ferrari and McLaren.

"So that's a very positive trend with what we see now in the team, and we are very, very excited for the next couple of races. 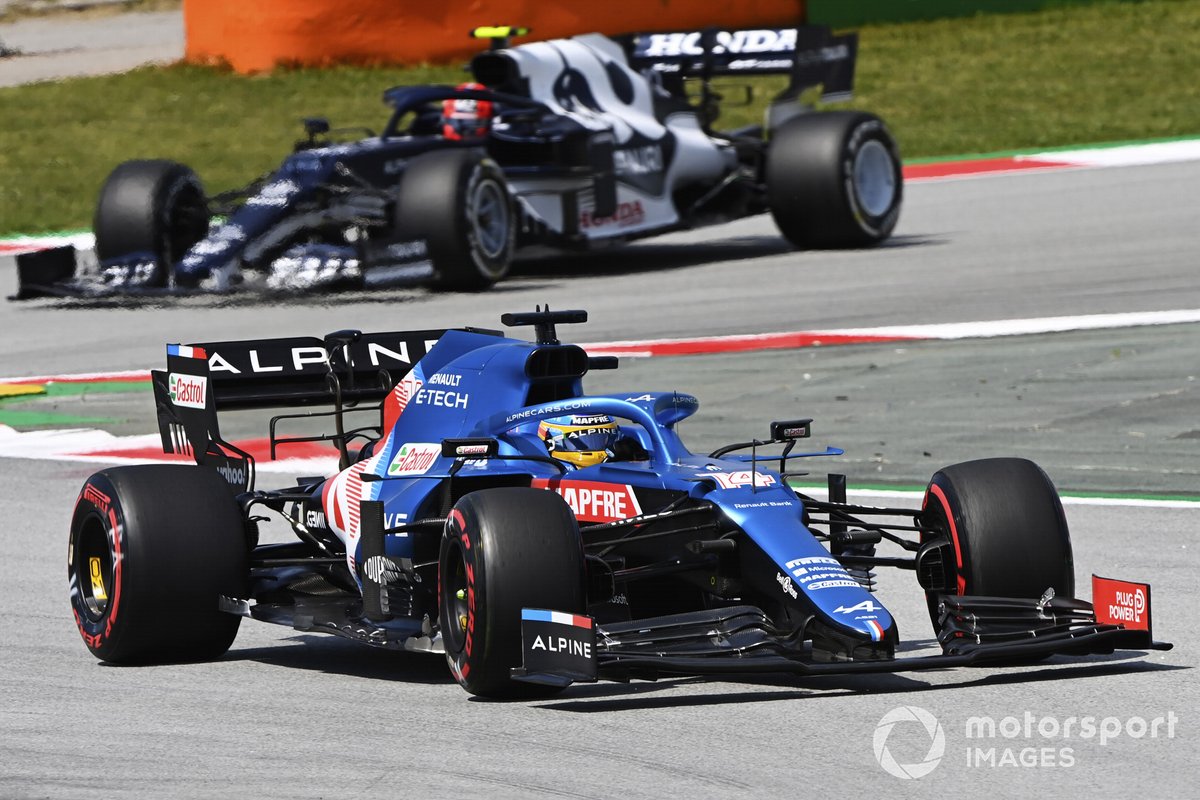 "But we need to remain cautious, and really confirm it. Because, as I said, Bahrain and Imola compared to Portugal and Barcelona, it seems maybe too good to be true.

"But obviously it is true, because both cars were in Q3 and Esteban was sixth in Portugal and fifth here, so this is good news."

Ocon feels that Alpine's strong showing at the Spanish Grand Prix has given the team the proof it wanted that it has a good car.

Reflecting on what the performance meant, Ocon said: "It's so encouraging. It is the confirmation that we wanted coming here.

"We had a tough weekend obviously last year. Then coming from Portimao where the car was working relatively well last week, but it's also a unique track, with the grip being quite low, and the tyres being a bit different to the rest of the year.

"Coming here into Barcelona, everyone knows the track very well, and all the teams are quick.

"So we kept going, and we kept finding a little few things on the car, all the way through those two days, Friday and Saturday.

"So I am very pleased that we have the confirmation that it is working like we want and we have the pace to be in the top five.

"It is a great job by everybody in Viry and Enstone, to keep digging, keeping on searching and here it's been paying off again like Portimao, but even better I would say."